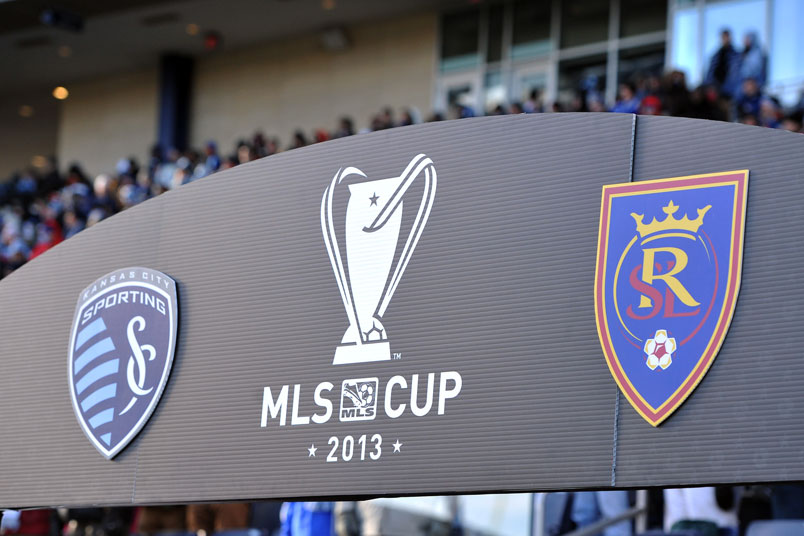 By Clemente Lisi – NEW YORK, NY (Oct 28, 2019) US Soccer Players – The 2019 MLS season brings to a close a decade where the league not only grew in size, but also in respect. It was also a decade that saw, to date, seven different teams win MLS Cup. It’s the result of a league that’s not only grown in terms of the number of teams but also one that remains very unpredictable. That’s why preseason predictions often fall flat. It’s also the reason why so few teams can remain consistent long enough to build a dynasty. That only happens by winning MLS Cup, but the Supporters’ Shield and even consistently making the playoffs certainly counts.

Over the last decade, two teams stand out, the LA Galaxy and Real Salt Lake. Both showed why they belong in the conversation for MLS team of the decade only to end the 2010s largely in disappointment. Both teams exited the playoffs last week, confirming their status as former powerhouses now unable to contend. The contenders now are defending champions Atlanta United and Supporters’ Shield winners LAFC. Neither of them existed at the start of the decade.

The Galaxy during the Bruce Arena-era was a force. Featuring Landon Donovan in his prime, they were the team to beat for the first half of the decade. Donovan’s departure, along with that of fellow Designated Player Robbie Keane, led to a talent vacuum. Name players like Steven Gerrard in 2015 and ’16 didn’t quite work out. The result was a downward spiral in 2017. The team, which also featured Gerrard’s former England teammate Ashley Cole, finished last in the Western Conference under Curt Onolfo.

In an interview with The Guardian last year, Chris Klein, a former Galaxy player and current team president, sized up the franchise as always competing, whether it was signing players or resetting the expectations for a soccer stadium. “When teams were fighting for their first championships, we got our fifth and are fighting for more,” Klein said. “Right now, we’re taking the next step into the next era of the Galaxy. We’ve talked a lot about how we’ve always walked through valleys and then been to the mountaintop, so right now we’re taking our first steps back and we’re heading back to the mountaintop.”

What ended up happening led to a mixed legacy for the Galaxy over the last eight seasons. It added tarnish to the team’s yearning to be a so-called “super-club” with a winning tradition like European clubs Barcelona and Bayern Munich. Slogans such as “Lifting trophies since 96” were once a major fixture at Galaxy events. The addition of LAFC added a derby and competition with the Galaxy. Having two soccer teams in the same market has pushed the Galaxy to get better, especially when LAFC has been so dominant. LAFC’s defeat of the Galaxy last week was the latest confirmation that the city’s soccer power has shifted.

RSL, meanwhile, also had its own ups in the early part of the decade. Real Salt Lake, in choosing its name, was striving to be like Real Madrid. That dream, the brainchild of founder Dave Checketts never came to fruition. Instead, there were bursts of success, including capturing MLS Cup in 2009 after defeating the Galaxy on penalty kicks. The team would go on to put together a 29-game regular season unbeaten streak that stretched from June 2009 to May 2011.

The team would finish with the second-best record in the league the following year and lose in the MLS Cup Final and US Open Cup final in 2013. Real Salt Lake even reached the Concacaf Champions League final in 2011 under coach Jason Kreis and was on the cusp of making history, only to lose to Liga MX xlub Monterrey. Over the rest of the decade, Real Salt Lake’s reputation was as a team that would make the playoffs but only advance so far. In the six seasons since losing MLS Cup, Real Salt Lake hasn’t gotten past the quarterfinal round.

Kreis coached RSL from 2007 to 2013, the club’s most successful years. RSL enters the offseason in need of a permanent coach and general manager. The Salt Lake Tribune reported recently that Kreis could make a return as coach, another chance to jumpstart the team’s hopes. For RSL, it’s been a decade that began loaded with promise that ended up stalling. Whether or not MLS, the league of no dynasties, has changed is now up to teams like Atlanta and LAFC.