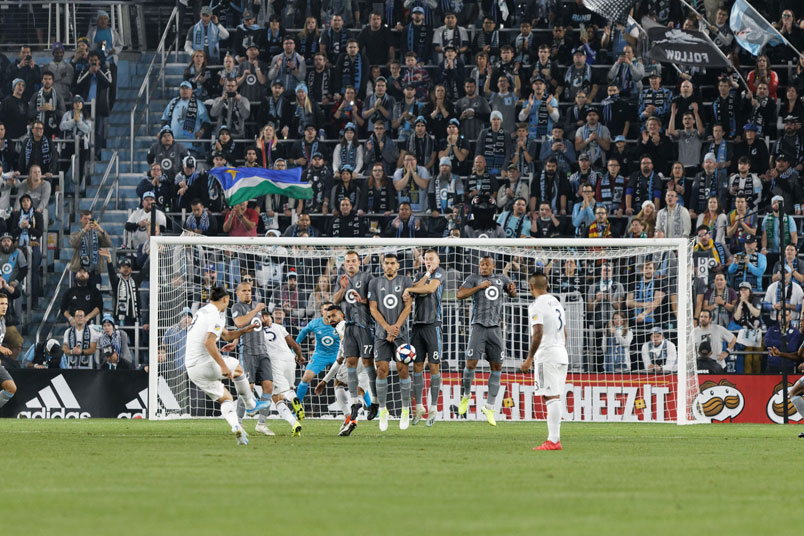 The soccer news starts with the easy round one playoff disappointment. Minnesota United lost at home in the opening round of the MLS playoffs and it wasn’t down to self-proclaimed best player in MLS history Zlatan Ibrahimovic. Sebastian Lletget and Jonathan Dos Santos scored the goals for the Galaxy at Allianz Field, but it’s tough to pile onto the end of Minnesota United’s season.

Yes, Minnesota was a team that flirted with a 2nd-place finish only to end up hosting the 4th vs 5th game in the West. They were far from the only ones with spots up for grabs up until Decision Day. A tiebreaker was the difference between Minnesota finishing a spot higher and getting Portland in the playoffs. Real Salt Lake knocked out the Timbers and ended their hopes of repeating as the Western Conference representative in the MLS Cup.

Whether or not United would’ve done the same, it’s an easier matchup on paper than playing the up and down Galaxy. LAFC can’t beat the Galaxy on a good day for both teams. It’s a bit much to put too much on Minnesota’s exit in their first playoff game.

So where do we look since all the other higher seeds advanced? 3rd vs 6th in the Eastern Conference where the New York Red Bulls blew a two-goal lead against Philadelphia? DC falling apart in overtime at Toronto? How about New England losing 1-0 at Atlanta.

Since Bruce Arena took over, New England has played like a team that knows better. They can figure out losses, fix mistakes, and generally play like an MLS team of an earlier era. They have balance, they don’t get overrun, and they play a style that works against most of MLS. Well, except for the obvious contenders.

New England went on an 11-game undefeated run to coincide with Arena becoming the club’s coach and GM. It was a nice welcome, finally ending on August 3 when they lost at home to LAFC. A four game win streak later and they lost at NYCFC. The Revs ended the regular season with a 3-1 loss at Atlanta. They exited the playoffs 1-0 at Atlanta.

That’s an easy story to tell if they hadn’t beaten NYCFC 2-0 at home in the second-to-last game of the season. New England showed they can not just beat a contender, they can shut one out. That looked to be the story against Atlanta until the 70th minute. A 1-0 playoff loss away to the defending champions won’t recast a season. Neither will wondering what might have been had this version of New England been there at the start of the season.

What we saw from May 11 through the playoff exit was a team that should’ve been in contention for the Eastern Conference title. There’s no need for flattery or false modesty when it comes to Bruce Arena. His version of the Revolution is a playoff disappointment because a 7th seed beating the 2nd seed in 2019 only makes sense because it’s his team.

MLSsoccer’s Matthew Doyle reviews the opening round of the MLS playoffs. The Washington Post’s Steven Goff with DC out of the playoffs and without Wayne Rooney. The San Diego Union Tribune’s Mark Zeigler calls for an overhaul at the US Soccer Federation. ESPN’s Tom Marshall looks at the issues that happened in both divisions of Mexican soccer.

The Athletic’s Raphael Honigstein explains what changed at Gladbach with the club still top of the table after a loss at Borussia Dortmund. AFP’s Tom Allnutt asks if Real Madrid is still making La Liga the priority this season. The Guardian’s Jonathan Wilson on what not losing at Liverpool says about Manchester United.

The NY Times’ Tariq Panja has FIFA pushing ahead with plans for a Club World Cup and targeting China to host it in 2021. BBC Sport has a study linking dementia with professional soccer. World Soccer’s Tim Vickery reports that Jurgen Klinsmann might become the next coach of Ecuador.