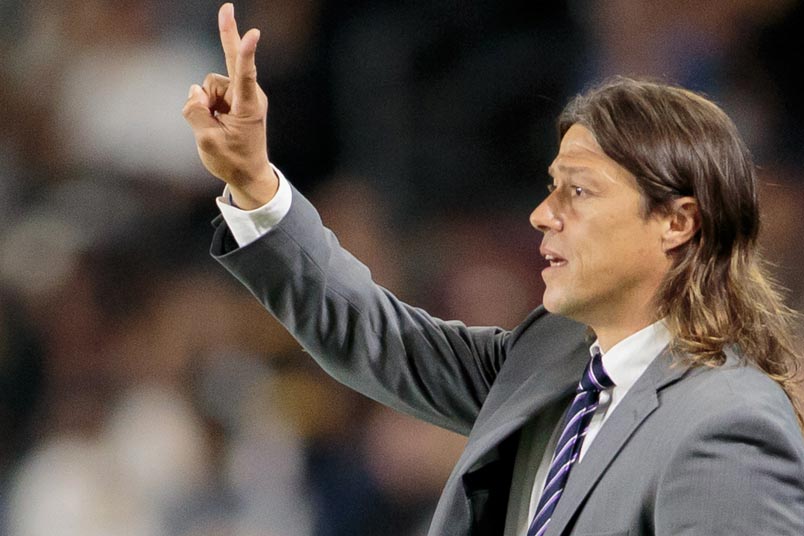 The soccer news starts with the San Jose Earthquakes’ situation as their 2019 season concluded on Sunday. Reports had their coach Matias Almeyda considering a move to Liga MX after one season in MLS. Instead, Almeyda confirmed that he will be staying with San Jose.

“There’s no need any more clarification,” Almeyda said during a press conference. “Although the season is finished just yet, we need to begin preparing for what’s to come. We are sad to be unable to continue into the tournament, but we are excited at the same time because it feels like we’re starting a new season tomorrow.”

Starting again has been a recurring theme for most of this decade with the Earthquakes. The last time they made the playoffs was in 2017, breaking a four-year stretch of not qualifying and immediately exiting 5-0 to the Vancouver Whitecaps in the knockout round. The last time the Earthquakes finished a season with more than 50 points was when they won the Supporters’ Shield in 2012. They didn’t make the playoffs the following season. That’s the polite way of showing that even with Chris Wondolowski’s goals and multiple attempts to reconnect with their MLS Cup winning era of the mid 2000s, it hasn’t been easy.

The hiatus years in 2006 and 07 after the team relocated to Houston forms a break between the Quakes building into a contender and what happened in the 2010s. There’s no need to discredit that 2012 season, but it’s an outlier for a team that made the playoffs every season from 2001-05, winning two MLS Cups and then two more in 06 and 07 as the Houston Dynamo.

Breaking that link between the Earthquakes and the Dynamo isn’t fair. Though it’s been a dozen seasons since the return of San Jose from that hiatus, the Earthquakes came back as an expansion team. Meanwhile, the Dynamo won the Western Conference in 2008 with a disappointing end to their season in the conference semifinals. They finished 2nd the following season, missing out entirely in 2010 before back-to-back losing appearances in the MLS Cup.

That’s the continuation of what San Jose built while the new Quakes took two seasons before putting together their Supporters’ Shield run in 2012. They lost in the quarterfinals, San Jose’s last playoff appearance until that knockout game in 2017.

For Almeyda, that history may not matter. Chris Wondolowski is the last strong link to the glory years for the club that became the Dynamo. Almeyda said that club wants to keep Wondolowski for what many expect to be his final season in professional soccer. There’s no reason to treat MLS teams as a long-term building process, the result of parity and player movement in a league that changes quickly. Building around the league’s all-time leading scorer for one more season makes enough sense for it to be an option.

What San Jose needs in 2020 is a return to respectability. Almeyda stressed that his club got plenty of things right this season. They were in contention for a playoff spot on Decision Day, losing 3-1 at Portland. FC Dallas took the final playoff spot in the West and it’s a tough argument to make that they’re a fundamentally better team than the Earthquakes. That’s Almeyda’s challenge for season two, showing that 2019 was a proof of some of his ideas with more to follow. Short a marquee signing, the pressure is on a marquee coach in MLS.

The Telegraph’s John Percy charts Aston Villa’s return to the Premier League. iNews’ Alex Finnis on Manchester City and tactical fouls. Inside World Football’s Andrew Warshaw with the reminder of how crucial the negotiations for the future of the Champions League are in Europe.