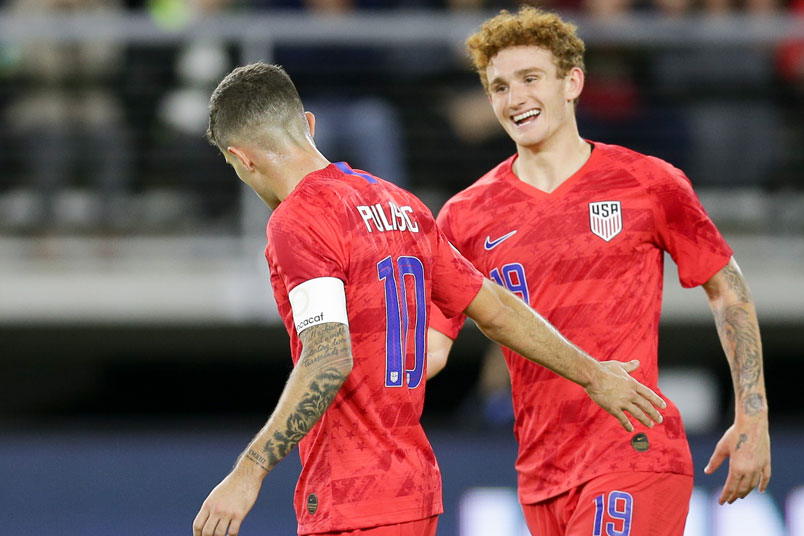 The soccer news starts with job done for the USMNT in their Nations League opener. Shutting out Cuba 7-0 at DC's Audi Field didn't highlight any issues for coach Gregg Berhalter's tactics, answered a potential goal difference tiebreaker, and kept the squad healthy. That last one might be the most important as the USMNT counts down to their toughest league A, group A in the Nations League.

How tough you consider a game against Canada at BMO Field is open to interpretation. Canada is not a power in Concacaf. They're one of several teams trying to improve their position to make the Hexagonal round of qualifying. Concacaf plans on using the June 2020 FIFA rankings to seed the Hex, and Canada is currently 7th among Concacaf teams. Ranked 75th to El Salvador's 72nd, four Concacaf teams are in the 70s. Canada is two points ahead of Curacao who in turn are four points ahead of Panama. It was Panama ahead of Canada and Curacao in the previous ranking period, with Canada passing Panama for the first time this year. Canada's situation in trying to stay ahead of Curacao and Panama while pushing past El Salvador doesn't draw a direct line to getting a result against the USMNT.

It's worth the reminder that Canada coach John Herdman is one of the loudest voices hyping their home game against the United States. Part statement of purpose and part motivation for his players, he doesn't have anything to lose with his approach.

Closer to reality, motivation is only part of what's in play on Tuesday night in Toronto. USMNT coach Gregg Berhalter made it clear that part of what his team accomplished against Cuba was showing what works early. They had the game under control so quickly that the USMNT didn't need to press late. Add no fatigue factor to the list of what the USMNT accomplished against Cuba.

Also in the soccer news, Matthew Olosunde subbed out in the 82nd minute for Rotherham United's 2-1 win at Blackpool in League One. Michael Smith put Rotherham up in the 51st with Clark Robertson doubling the lead in the 87th minute. Blackpool converted a penalty nine minutes into stoppage time. Shaq Moore was on the bench for Tenerife's 2-1 loss at Rayo Vallecano in the Segunda Division.

Reading's Matt Miazga has a new manager. The club announced that sporting director Mark Bowen is taking the manager's job. Reading parted ways with Jose Gomes. The club is in 22nd-place in the Championship.

"In the relatively short period of time that Mark has already spent at Reading Football Club, he has commanded respect and admiration from all who have worked alongside him," Reading CEO Nigel Howe said. "He came in at a critical period last season to help us retain our Championship status and had an immediate impact. Mark has two decades of coaching background on his CV, has tasted promotion to the Premier League and spent most of his coaching career in top-flight football."

Yahoo Sports' Doug McIntyre with his takeaways from the USMNT's 7-0 shutout of Cuba. The Washington Post's Steven Goff on the USMNT's Nations League win in DC. Bundesliga.com has USMNT player Weston McKennie crediting his club coach David Wagner. MLSsoccer's Ian Quillen previews the USMNT's trip to Toronto to play Canada in the Nations League. SBI Soccer's Ives Galarcep looks at Jordan Morris on the wing for club and country.

The LA Times' Kevin Baxter reports on how the LA teams are handling the international break. The Athletic's Pablo Maurer looks at DC United's attack.