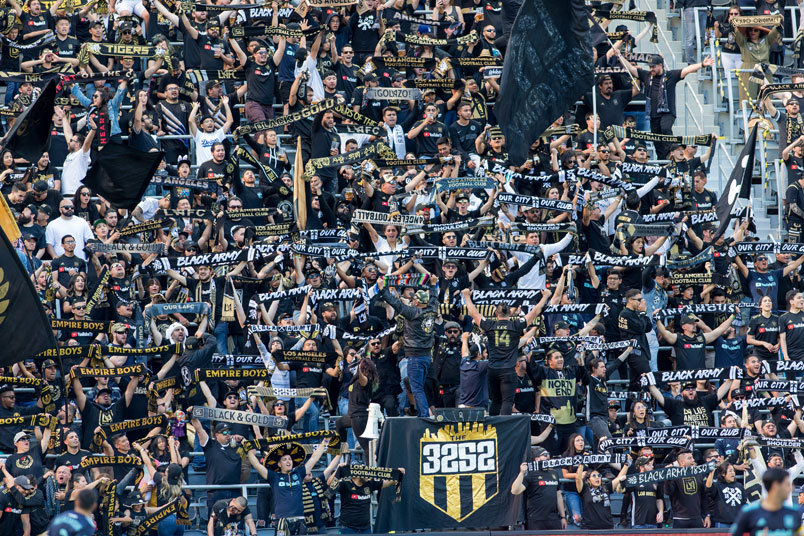 The soccer news starts with LAFC hosting the Seattle Sounders in the Western Conference final (10pm ET – ESPN) in what many see as a foregone conclusion. One way or another, the best team in MLS will advance. LAFC may have somewhat returned to the MLS mean late in the season, but they had already put the work in. 72 points to win the Supporters Shield, Carlos Vela setting the new single-season scoring record, and a reminder that coach Bob Bradley tends to know what he’s doing.

On the other side of the bracket is a Seattle Sounders squad that got itself together late in the season. Finishing 2nd in the West wasn’t a given over the final weeks of the season when it was Minnesota temporarily holding that spot. 2nd through 5th in the West didn’t have clubs distinguishing themselves as the obvious playoff challenger to LAFC. That hasn’t changed, with LAFC already showing that they’ll come out on top in a playoff scenario.

It was an easy criticism of LAFC and the Galaxy that defending went missing in their playoff derby. Still, it was LAFC taking the game 5-3. At 2-2 and looking like yet another momentum swing in the Galaxy’s favor in an LA derby, it was LAFC shutting the door. Zlatan Ibrahimovic’s response to an LAFC fan as he headed for the tunnel put the capper on a good night for the home side.

Seattle isn’t a rivalry game anymore than LAFC playing any of the Western Conference playoff teams. It doesn’t get the same buildup. Instead, it’s a team with playoff experience putting itself back together. After their own wild home game to knockout FC Dallas 4-3 in the opening round, Seattle took control in their 2-0 shutout of Real Salt Lake. In what turned out to be his farewell appearance, RSL goalkeeper Nick Rimando kept that scoreline from ending up worse.

Both of Seattle’s games should help LAFC’s preparations. In an open back and forth game, the advantage is with LAFC’s attack. Should the game get to halftime scoreless, both teams are well aware that the other can produce second-half goals.

“It’s a complex problem,” Seattle coach Brian Schmetzer said. “You can either go and attack well and keep them off the ball with possession. You can make sure your lines are compact. You can be good with 1v1 individual defending. It’s going to take all of those things to slow LAFC down.”

The Telegraph’s Alistair Tweedale explains what Frank Lampard is getting right in his first season as Chelsea manager. The Manchester Evening News’s Dominic Booth on what is working for Manchester United. Inside World Football’s David Owen updates the situation with Inter Milan and UEFA or the club’s finances.