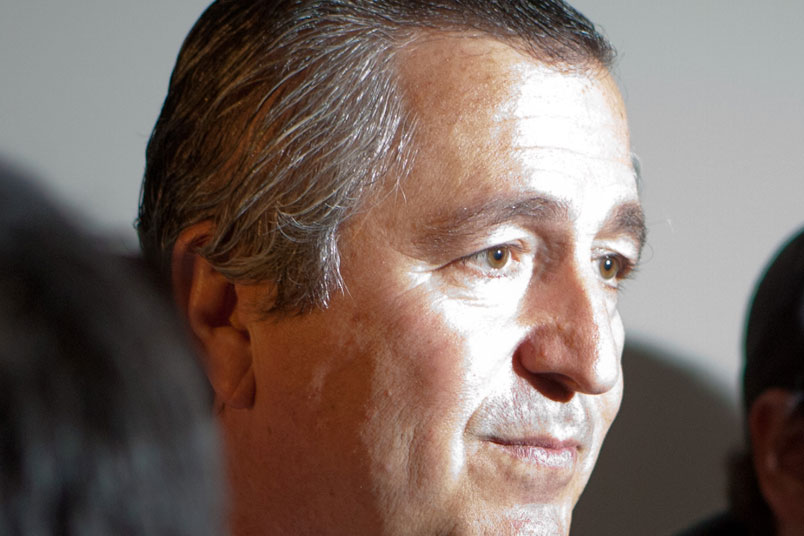 By Luis Bueno – RIVERSIDE, CA (Nov 20, 2019) US Soccer Players – In 2004, MLS was a much different league. There were all of 10 teams playing in the league then, and the still-fledgling league was very much in flux. There were legitimate questions regarding the sustainability of the league and whether the team could support more than 10 teams. Enter Jorge Vergara. Despite attendance and support questions in various well-established cities across the league, Vergara believed in MLS enough that he took out a second franchise in Los Angeles and announced Chivas USA in 2004.

While it took more than a decade and a completely different ownership group and club to see it through, Vergara’s belief that Los Angeles could be a two-team town in MLS was proven correct. Vergara died on November 15 in New York of a heart attack. He was 64.

With Vergara’s passing, one of the most instrumental figures in league history, certainly in Los Angeles soccer history, is gone. While at the time Vergara seemed the opposite of that, history has proven Vergara right. That will continue the more Los Angeles FC becomes entrenched in the sports landscape of that city and across the league itself.

Chivas USA might never have been able to do what LAFC has done, at least not in the manner it has in such a short timespan. Without Chivas USA’s failures and Vergara pushing the team forward and thrusting it into the forefront of the league, LAFC may not have had that instant success.

Vergara made his fortune in the diet supplement industry with his company Omnilife. He bought Club Deportivo Guadalajara in 2002 after the storied club suffered through some tough times with various ownership groups. Despite a constantly-changing front office and coaching staff, Vergara offered the franchise stability in the form of himself. Vergara cared for and wanted nothing but the best for Chivas.

It was his success in Mexican soccer that led Vergara to pursue an MLS team. With his help, the league was able to forge a new path forward. Vergara thought big and had long-term plans and goals, but they were not often well-received. For instance, expanding into Los Angeles, where the well-established LA Galaxy already resided, seemed foolish to some. With so many other markets available, it did not seem the wisest idea to go into a city that already had an MLS team.

Such was Vergara’s thinking, though. While the need for a second LA team was not necessarily there, Vergara still made his way into MLS. Perhaps in 2005, having two MLS teams in Los Angeles seemed misguided. In 2019 it makes perfect sense and is as much of a part of the league as anything else.

That is not to say that Vergara was without his issues. LA was ripe for a second MLS team when Chivas USA began playing, but the team sputtered out of the gates. Chivas’ Mexican-only policy worked fine in Mexico. It did not carry over very well to MLS, turning off most neutral fans from the start. The rationale to dislike the vision Chivas USA embraced was simple. If a Mexican fan did not support Chivas but another team in Mexico instead, there was no reason to support an extension of Chivas in MLS. If a fan did not support the Mexican national team or had no strong connection to Mexico, the same would apply.

Chivas USA’s first season was a disaster. It wasn’t until the team distance itself from the Mexican-first policy that the team found success. However, when the going got rough in 2012, Vergara swooped in and made another poor decision. Following the 2012 season, the third consecutive playoff-less season for Chivas USA, Vergara doubled down on his Mexican-first policy. In a November press conference, he told everyone in attendance that anyone who worked for Chivas USA that did not speak Spanish needed to learn it. That strategy also failed. Chivas USA ceased operations after the 2014 season and is nothing but a memory in LA soccer history.

Still, Vergara’s initial idea was right on. His belief that an alternative to the Galaxy could not only succeed but thrive in LA was correct. Los Angeles has always been a rich soccer town. Beyond Mexican soccer and the Mexican national team, there is a vast audience for soccer there for the taking.

Vergara often took risks and was not shy about talking about them. He was certainly not a hands-off owner, often criticized for his lack of patience with Chivas. That lack of patience permeates Liga MX, so it is not just something unique to Vergara. However, with a club like Chivas, managerial moves are much more scrutinized.

Chivas won the league title in the Apertura 2006 season, its first championship in nearly a decade. The team followed that up with a 2nd-place finish and an appearance in the semifinals. At the start of the subsequent season, the Apertura 2007 campaign, Chivas was off to a slow start, Vergara sacked coach Jose Manuel “Chepo” De La Torre, despite having had a spectacular previous two seasons.

Vergara eventually opted for patience by Liga MX standards when he brought in Matias Almeyda to guide the team. Almeyda was the longest-tenured coach under Vergara, spending nearly three full calendar years in charge. While he was there, Almeyda brought Vergara one league title, a Concacaf Champions League title, and two Copa MX championships. It’s worth wondering what a similar approach might have meant for Chivas USA.

It’s easy to see Chivas USA as an across the board failure, but that overlooks the importance of what Vergara attempted to do in MLS. If it weren’t for Vergara plowing through the league in 2004, LAFC might not be around at all.