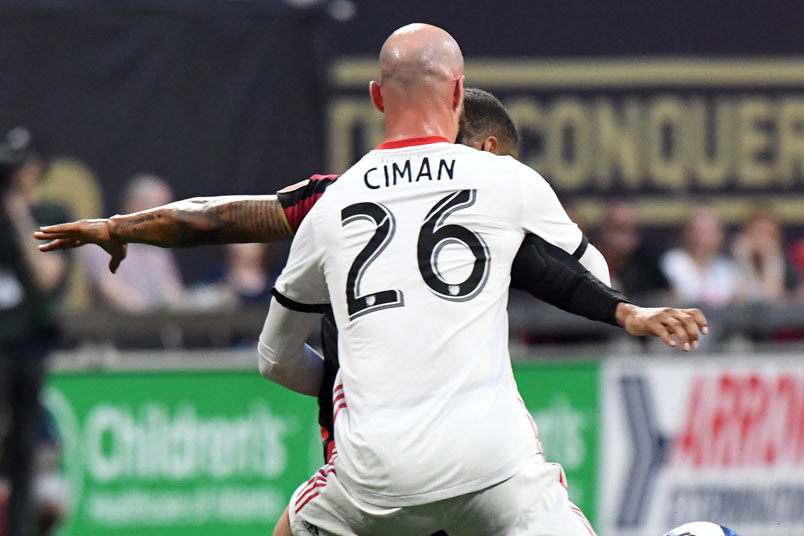 By Clemente Lisi – NEW YORK, NY (Nov 18, 2019) US Soccer Players – Moments after the Seattle Sounders lifted MLS Cup, that was also the official start to the offseason. The upcoming Expansion Draft will be the focal point once again this month, a process that culminates with the SuperDraft in January. In this case, it’s Nashville SC and Inter Miami that are looking to build competitive rosters ahead of next season’s MLS debuts.

For Nashville and Miami, the building starts in earnest Tuesday with what has become a quasi-annual event thanks to the league’s growth. It’s the 13th in league history. The process is a simple one: five rounds of selections, with Inter Miami CF and Nashville SC picking up to five players from the available pool. Each team can only claim a single player left unprotected from any one club. The league released a complete list of 222 Expansion Draft-eligible players this past Saturday, some of whom like Tim Howard have retired.

There was a time when teams could have picked 12 players in the Expansion Draft. In 2014, for example, the Expansion Draft allowed for 10 players, something offset these days by teams receiving Targeted Allocation Money. Notable past Expansion Draft picks included Los Angeles FC selecting goalkeeper Tyler Miller and midfielder Latif Blessing in 2017. Last year, FC Cincinnati picked strikers Darren Mattocks and Roland Lamah, who both became starters. It’s worth noting that Mattocks and Lamah are also on this year’s draft list. LAFC also left Miller exposed to selection this year.

In building a roster, Nashville has its USL experience. Meanwhile, the glitz and glamour of Inter Miami due to David Beckham’s involvement is starting its competitive life in the slightly less glitzy and glamorous Fort Lauderdale. Both have simple and obvious aims in mind in the expansion draft, the kind of established MLS players that can help a new team. Their job will be in large part to help bridge the gap between the rookies and marquee signings.

With that in mind, both teams will need to also balance selecting defensive and offensive players. Nashville is sticking with its English USL coach Gary Smith. He’s spent a decade coaching in the United States, previously helped to establish the Colorado Rapids academy in 2008 and later coaching the Atlanta Silverbacks. Smith understands what it takes for an American club to succeed. Nashville GM Mike Jacobs told the team’s official website that Nashville is looking for both players who can add value to their side or traded.

“We’re trying to see which players are most valuable,” he said. “Because that value is not just who we think we can get for our team, but it’s who we think we can acquire and trade to somebody else for more value. The Expansion Draft for us is all about acquiring as much value as we can in drafting players, drafting players for other teams, and acquiring assets to get future players.”

Jacobs made an astute observation in regards to how to build an MLS roster. The team has already been out there signing players, most notably 22-year-old Costa Rica international and Deportivo Saprissa midfielder Randall Leal. The list of signed players include Designated Player Hany Mukhtar, Dax McCarty, Dave Romney, Anibal Godoy, David Accam, Derrick Jones, Cameron Lancaster, and Daniel Rios.

That could mean that Nashville target a player like Adi. The 29-year-old striker has been inconsistent in his six MLS seasons but has also shown that he can score when needed. He was a budding star during his time as a DP with the Portland Timbers, scoring 54 goals in 126 appearances. He had a difficult time with Cincinnati, hampered both by injuries, an impaired driving suspension, and disagreements with coach Ron Jans.

Inter Miami, meanwhile, has also signed a variety of players. They enter the Expansion Draft with Victor Ulloa, Christian Makoun, Matias Pellegrini, George Acosta, Julian Carranza, and David Norman Jr in the squad. Miami still lacks a head coach, something the team has said it will announce soon.

Unlike Nashville, who has the advantage of padding its roster with USL players, Inter Miami is starting from scratch as an expansion team. The star power of Beckham’s ownership group has led to many rumors. Among the names linked to Inter Miami are Manchester City’s David Silva, PSG’s Edinson Cavani, and Arsenal’s Mesut Ozil.

Bold names aside, Inter Miami has five selections to make. Unlike Nashville, they won’t be looking to flip them. They will need players that fit into their growing roster, meaning players such as defender Laurent Ciman, who was exceptional for Toronto FC during the playoffs. They could also go after defender Roman Torres of Seattle Sounders, a player that would add quality to the lineup as well as help energize a Latino fan base.

These are the decisions Nashville and Miami will need to make come Tuesday in what has to date been an exciting silly season for MLS. It’s also the start of a process with serious ramifications for 2020.