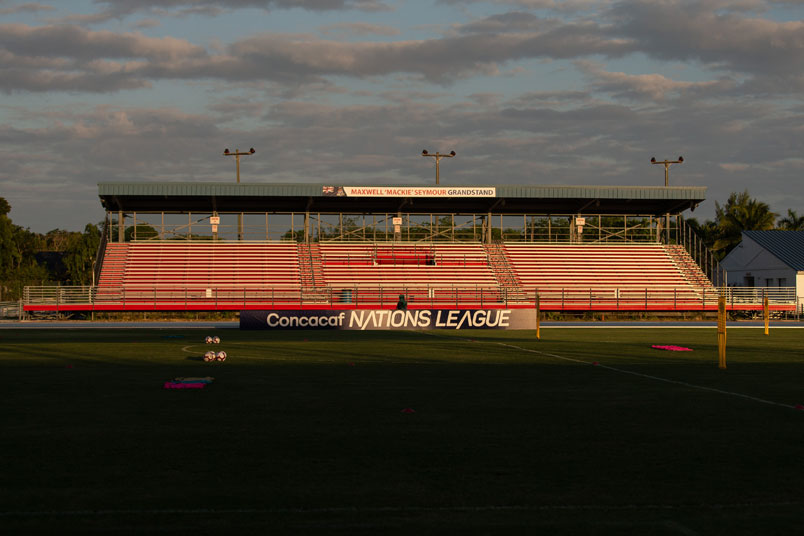 The USMNT is back in action in the Concacaf Nations League on Tuesday at Cuba in the Cayman Islands (7:30pm ET - FS1). Cuba is using the Truman Bodden Stadium after their regular home stadium failed to pass a Concacaf inspection. Due to the three teams per group setup, Cuba didn't play on the last matchday of the October window or the first date in November. Their last game in the Nations League was at the USMNT on October 11, a 7-0 loss at Audi Field.

That has to be a cause for at least some concern for USMNT coach Gregg Berhalter and his staff. Stalling on the road in the Caymans isn't an option for the USMNT. Wherever the road leads in Concacaf, it's usually not kind. Here's what we're looking for from Cuba vs USMNT in the Caymans.

Canada is the League A, Group A team not playing on the final matchday. They have a three-point lead over the USMNT with the US ahead +8 to +6 on goal difference. If the USMNT beats Cuba, they will advance to June's semifinal round on goal difference. There's nothing complicated about what the USMNT needs. Three points and a date with either Honduras or Mexico. Concacaf is setting the semifinals based on group stage results. Honduras and Costa Rica have already played their fourth game and won their groups. Honduras is currently the top semifinalist, but Mexico can and likely will pass them to set up a semifinal with Costa Rica. That means Honduras vs the Group A winner with Honduras the higher seed 10 points to 9. Concacaf has already announced that the championship rounds of the Nations League will play out at one location, so the higher seed may not carry any advantage. There will be a 3rd-place game, with the whole point of the Nations League to turn the friendly windows into games that count.

The USMNT vs Canada

The USMNT relied on setpieces to see off Canada 4-1. It was a game that didn't work for Canada early. Canada had little in the way of response, continuing to play a game that wasn't working. That's a familiar scenario for teams on the road in Concacaf. What the USMNT did differently was to push the offense without trying to pass out of the back and build possession. Run of play opportunities were there, specifically through forward Jordan Morris, but the game went the USMNT's way through freekicks. That's certainly a strategy, needing the other team to overcommit and the referee to use his whistle. After almost a year of Berhalter describing in detail what he wants from his version of the USMNT, it's also not that. Berhalter's vision for an American style isn't relying on anything outside of his control, like the referee getting out the spray can to mark the distance as they lineup another freekick. Pragmatism has to win out at this level of soccer, and it did in Orlando. What that means for the USMNT moving forward is once again an open question.

Learning from Canada in the Caymans

Canada dominated Cuba at home and ended up only winning 1-0 on the road. They played a man down for most of the second-half, stalling in what they expected would be their attack paying off. That's a note of caution, perhaps unnecessary in this region. Every team in Concacaf knows what can happen on the road. Planning for it is a different concept. For the USMNT, what they can take away is that Cuba in the Cayman Islands didn't go as expected for Canada. The Canadian players pointed to field conditions and weather. They could've added the oddity of playing in front of an announced crowd of 420 people. This is an unusual game for the USMNT, and they have to adjust accordingly.

It's almost becoming a cliche at this point that Berhalter will tell some member of the media that there is still "a lot to work on." His concept of what the USMNT can be is an ongoing exercise, with some pundits and fans already subbing in a few choice words to show how frustrating they're finding it. What the Nations League did to Berhalter's plans is disruptive. It disrupted the Fall calendar, putting games on the schedule that the USMNT technical setup was unlikely to choose once, much less twice. Playing through a "win or else" scenario against Cuba at a neutral site may be beneficial, but it's not going to push Berhalter's vision 90 minutes forward. Now, that has to wait until the next time the full squad is available in March.