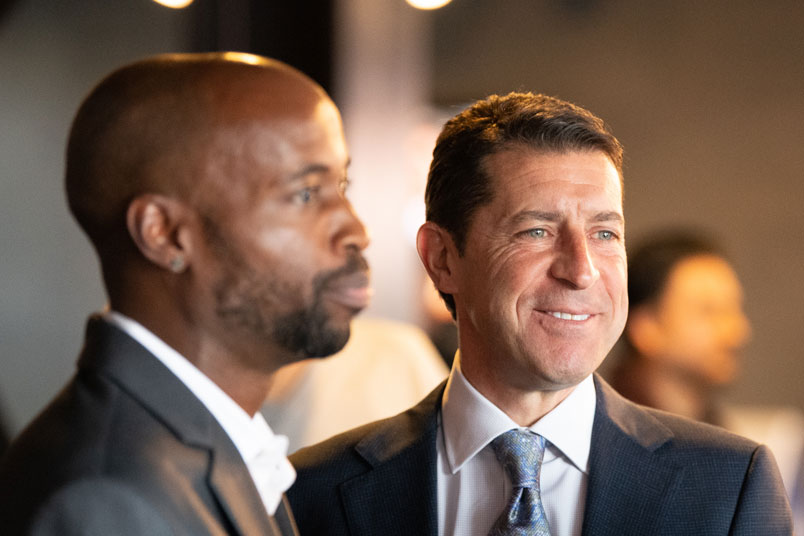 The soccer news starts with the new coach in Houston. Tam Ramos left his role as US Soccer’s youth technical director to take the job with the Dynamo. It’s an interesting transition for a coach with plenty of experience with the youth national teams. After retiring in 2002 as a member of the MetroStars, Ramos was involved with youth soccer in New Jersey before taking the USMNT U-20s job. He has never coached a professional team.

Considering how quickly MLS changes, that may not necessarily be an issue. Ramos isn’t likely stuck in his era of MLS, watching the league’s growth and seeing how it produced players for his youth national teams. He’s one of a handful of people with that level of knowledge of the academy systems and developmental programs producing elite soccer players in this country. That should certainly help with Houston’s player development. At the same time, his understanding of what it takes to get results at club level in Spain back in the 1990s is completely transferable to this generation of players.

Ramos has been there as a player and he’s spent this decade trying to push the youth national team programs forward. That gives him a unique understanding of where American soccer is heading, something that could translate with how he constructs a rebuild in Houston.

Rebuilding is a necessity for a team that missed the playoffs in back-to-back seasons and four out of the last five. Houston is one of several formerly successful MLS teams now risking getting caught in the churn of expansion. Some of those teams will have to make up the numbers, and the challenge is not ending up in 8th or 9th-place. In his introductory press conference, Ramos talked about how to solve that for the Dynamo.

“I can tell you, though, that I’m very clear of the ideas I have moving forward in terms of the way we want to play and the style we want to have,” he said. “The type of demeanor we want our players to have. We want that aggressive, winning demeanor. Everything that we do from the moment we step on the field is about winning. Whether that’s a small 1v1 exercise or a 4v4, we want the players to know that’s who we are. As far as making changes of what the team will look like moving forward into the season, there’s a great coach names Xabier Azkargorta. He’s been in the sport a long time. He coached Bolivia in the World Cup, Chile’s national team, Valencia and a bunch of teams in Spain. One of the things he said to me whenever anyone asked a question about soccer, you can always answer the questions as it depends. Because it truly depends.”

Considering MLS parity, the rise of a handful of clubs willing to spend, and multiple expansion cycles, it’s an interesting way of looking at this league. Being able to adjust to circumstances isn’t a given. That alone could push Houston out of the MLS version of obscurity.

Also in the soccer news, Ethan Horvath was on the bench for Club Brugge’s 1-0 loss at PSG in the Champions League. Club Brugge fell behind in the 21st minute. PSG advanced to the knockout round with the win, leading Group A with 12 points over 2nd-place Real Madrid with 7. Club Brugge is in 3rd-place with 2 points. Ventura Alvarado wasn’t in the squad for Necaxa’s 1-0 loss at Celaya in the group stage of the Copa MX. The game’s only goal came in the 56th minute.

What a ride. So many people: teammates, coaches, staff, fans, friends and family have had an impact on my career. To all of you I say Thank You 🙏. So many amazing memories. These are a few I’ll cherish forever. ⚽️❤️ pic.twitter.com/vurNFQVXqX