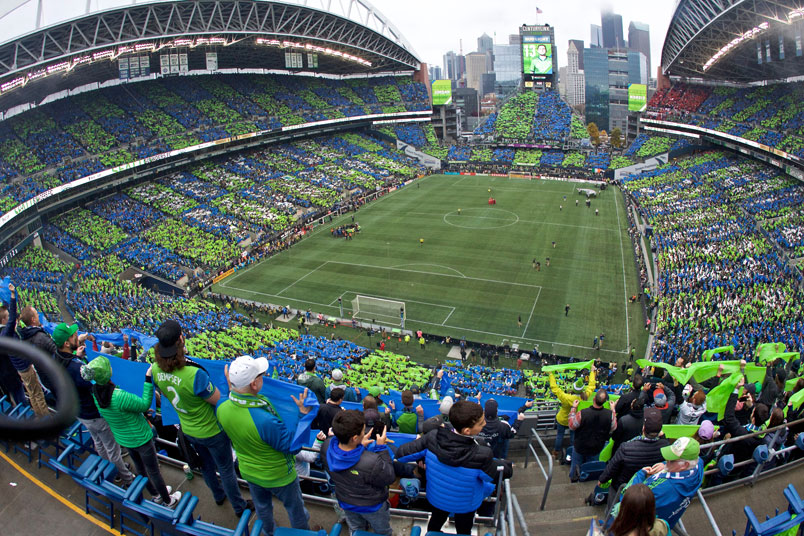 The Seattle Sounders won the 2019 MLC Cup, beating Toronto FC 3-1 in front of 69,274 fans at CenturyLink Field. Finishing in 2nd-place in the Western Conference, Seattle knocked out top seed LAFC to reach the final. Kelvin Leerdam’s deflected shot off of Toronto defender Justin Morrow opened the scoring in the 57th minute. Victor Rodriguez made it 2-0 Seattle in the 76th. Raul Ruidiaz added a goal in the 90th minute. Jozy Altidore scored for Toronto four minutes into stoppage time.

“I’m gonna take it in,” Seattle coach Brian Schmetzer said when asked by ESPN what the moment meant. “I’m gonna get a little emotional because it’s really a good moment for the city of Seattle, the fans, the players that have overcome a lot of adversity all this year. These fans deserve it. Those players deserve it.”

Toronto looked to have the better run of play in the first-half. With Seattle setting up deep in its own defensive end, Toronto had more looks at goal but couldn’t go ahead. Leerdam’s deflection off of Morrow’s knee had Toronto pressing for an equalizer. Instead, it was Seattle getting a second goal with the Sounders winning the ball back in the final third and Rodriguez pouncing on a loss ball at the top of the box. Ruidiaz once again showed that he’s up for the biggest stage in MLS, scoring on a breakaway that all but shut the door on Toronto.

Jozy Altidore’s status was in question after Toronto’s top striker missed the entirety of the playoffs. Altidore subbed on in the 68th minute and ruined Seattle goalkeeper Stefan Frei’s shutout with his stoppage time goal.