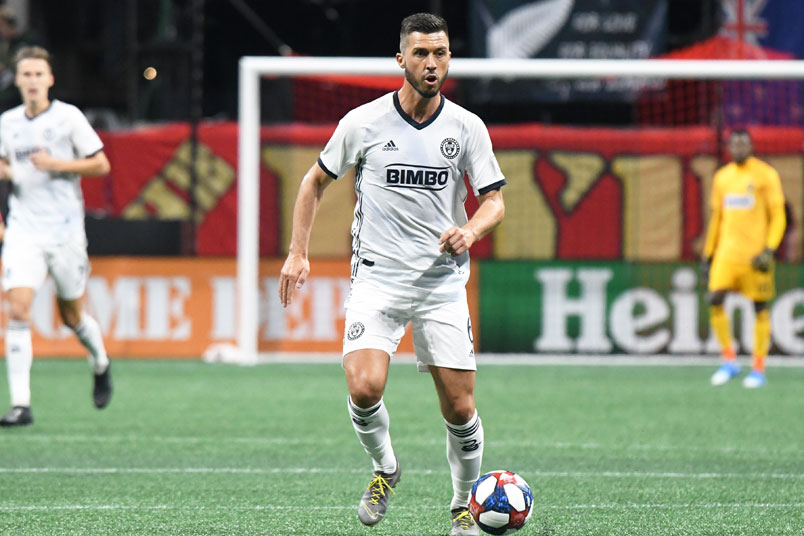 By Jason Davis – WASHINGTON, DC (Nov 27, 2019) US Soccer Players – Major League Soccer’s player acquisition system is what marks the path to the start of the 2020 season. MLS is the world’s foremost producer of player acquisition mechanisms. It’s a function of the league’s salary budget system and byzantine team roster rules. Almost everybody else follows a brutally simple process. Find the player, make an offer, sign the player.

So far, we’ve moved past the Waiver Draft and Re-Entry Draft, Stage 1. Yes, we capitalize both of these things because while they aren’t the most intriguing events on the MLS calendar, they are proper nouns as determined by the league office.

Players end up on the Waiver Draft list because their clubs chose not to exercise contract options. Or the players were out of contract, but they did not meet the requirements to qualify for the Re-Entry Draft or Free Agency. In other words, Waiver Draft players are either fairly new to MLS and/or aren’t attractive at their current salaries to their current teams.

In the end, no one selected those players in Monday’s Waiver Draft. Instead, a quartet of club picked players to fill specific needs. Each of the four clubs who made a pick on Monday chose a player who they view as good value via their current contract option or at the salary they made in 2019.

FC Cincinnati got Union midfielder Haris Medunjanin, a Bosnian international who played every minute of the season for Philadelphia in 2019. Medunjanin left Philly due to what Sporting Director Ernst Tanner determined to be a lack of defensive bit for a player lined up as a holding midfielder. Medunjanin won’t range forward, but he can spray the ball around the field.

The Revolution traded up in the Waiver Draft to snag 23-year old goalkeeper Jeff Caldwell. The University of Virginia product signed with NYCFC in 2018, spending last season on loan to USL Championship club Memphis 901 of the USL Championship. Young goalkeepers are thick across the American soccer landscape, but the Revs see something special about Caldwell. Bruce Arena sent a 2020 2nd Round SuperDraft pick to Orlando City to get him.

Minnesota United also grabbed a goalkeeper in the Waiver Draft. Former USL Championship standout and 2019 Orlando City Lion Greg Ranjitsingh landed with the Loons. The 26-year-old Canadian born keeper won’t usurp Vito Mannone right away, but he does look like the type of late-maturing keeper that sometimes finds his way in MLS in his late 20s.

The Galaxy was the only other team to use their pick, taking Real Salt Lake homegrown product Danilo Acosta at what would’ve been 17th. Only 22, Acosta provides immediate depth for Guillermo Barros Schelotto’s backline and could round into a starter. 24 teams, four picks. Par for the Waiver Draft course.

Tuesday brought with it the first stage of the Re-Entry Draft. This particular player acquisition mechanism is for more veteran players who are out of contract or had club options declined. A combination of age and MLS service will make a player eligible for the Re-Entry Draft if they’re short of the threshold for free agency.

A host of high-profile names littered the list of Re-Entry-eligible players, including Michael Bradley, Benny Feilhaber, Sacha Klejstan, and Bill Hamid. None of those players were selected in Stage 1, likely because clubs would have to pay those players their 2019 salaries. The first stage of the Re-Entry Draft is always more about value at the back end of a roster than grabbing more expensive first choice types. The resumes of the names listed above speak for themselves, but no team was going to bite on bit contracts this week.

Like the Waiver Draft, the Re-Entry Draft Stage 1 produced 20 teams passing and four teams taking a player. The group consisted of two fullbacks, former Atlanta United fullback Mikey Ambrose to Inter Miami and MLS veteran Eric Miller to Nashville, and two goalkeepers, Ricardo Sanchez to Sporting Kansas City and Kendall McIntosh to the Red Bulls. Both goalkeepers will be backups in 2020.

It makes sense that these mechanisms are most important to the two expansion sides entering the league in 2020. Both Nashville and Inter Miami proved active in the first drafts of the offseason as they build their teams for their first campaigns in MLS. Nashville is operating with a full staff, including general manager Mike Jacobs and head coach Gary Smith. Those two men are collaborating in the process to build their roster, a group that now counts 20 players.

Inter Miami is charging forward without a head coach. General manager Paul McDonough knows his way about the labyrinth of MLS rules. However, it’s hardly ideal to be this deep into the offseason ahead of the expansion campaign and not have someone sitting in the war room with McDonough making the tough decisions in the Waiver and Re-Entry Drafts. For what it’s worth, Jorge Mas has been saying Inter Miami will have its coach named “any day now” for many, many days now.

As much as MLS has evolved since the early days of player allocation and a complete lack of free movement, there are still significant restrictions on how and when a player can change teams. The league limits free agency to a select group that by the rule are generally on the backside of their careers. It’s not nothing, but neither is it the type of open market that would lead to players getting the most money possible.

This might be the last year that MLS goes through the rapid-fire run of player acquisition mechanisms. The players and owners are even now discussing the framework of a new collective bargaining agreement. While the smart money is on a minimal number of changes to the basic salary structure of the league, a new batch of rules may govern who can move, when, and for how much.

Will MLS remain the world’s foremost producer of player acquisition mechanisms? Will fans be forced to learn a whole new batch of rules when they’re just beginning to grasp the old ones? Stay tuned for the answers to these questions and much more.