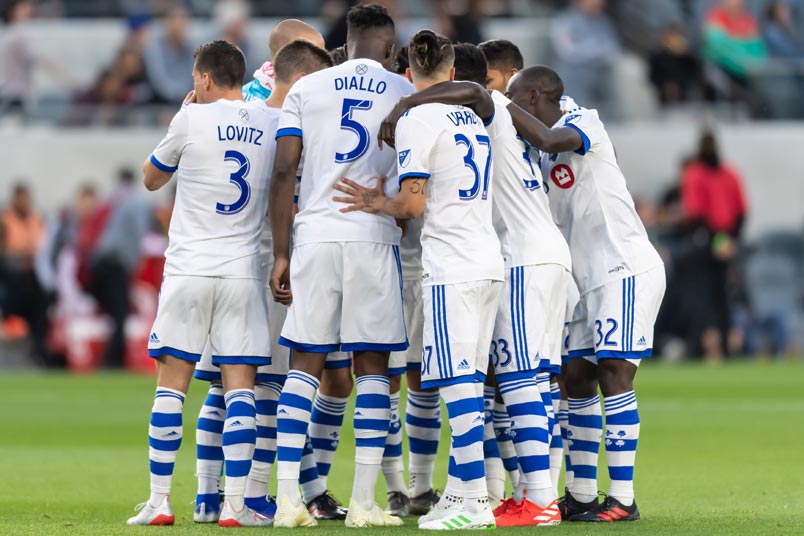 The soccer news starts with the Montreal Impact officially introducing new coach Thierry Henry. It’s an interesting move for a team that finished 9th in the Eastern Conference and fired a coach. Add in the Champions League for 2020, and it’s a difficult job trying to rebuild in Montreal regardless of how many years a coach has working in this league.

Henry has exactly zero, leaning on his playing experience with the New York Red Bulls to get over that first hurdle for any incoming coach. We all know that MLS is different, and Henry experienced that firsthand over four and a half seasons. That takes care of the learning curve, with enough of those incoming coaches having to learn on the job that travel and heat take a toll over an MLS summer.

Montreal is different from the rest of MLS. It’s the only city in the league where English is a second language. It’s also the only one that’s still so cold in March and April that they have to move games across the complex to the indoor Olympic Stadium. They’re on a three year run of not making the playoffs and the last time they qualified for the Champions League in 2014-15 they made the final. The expectations are for Montreal to do what was expected last season. Compete in the East, make the playoffs, win the Canadian Championship, and show that they belong in the Champions League. If we’re being honest, few US-based MLS teams are subbing in the US Open Cup, but the rest is the standard checklist for success in this league.

“It’s a new start for us, and we must face it head on,” Henry told the media. “We will need to work hard and be patient, but we know what we want to do. I know I have a past, but that’s it, it’s behind me. I’m a normal person and as a coach, it’s only the beginning. It isn’t my history, but the club’s that is more important. You have to start somewhere. That’s how you acquire experience. I had a great experience with Belgium and with Monaco, where I learned a lot about myself. It’s about fighting. This isn’t just my story, but the story of everyone in life. Everyone falls, but it’s about how you get up.”

MLS is still different enough that there’s an opportunity for any coach to make a few moves that turn into a big difference. There’s also the flip side, with enough coaches showing how they can restrain a team through their decisions before a more experienced MLS coach arrives to take the job. That’s what all incoming MLS coaches face, and in that regard Henry is no different.

Yahoo Sports’ Doug McIntyre on Henry with the Impact. MLSsoccer’s Charles Boehm on the coaches that used an MLS opportunity to get a bigger job. Pro Soccer USA’s Chris Fuhrmeister with USMNT player Jerome Kiesewetter joining Inter Miami. The LA Times’ Kevin Baxter reports that the 2020 All-Star Game will be MLS vs the Liga MX All-Stars.