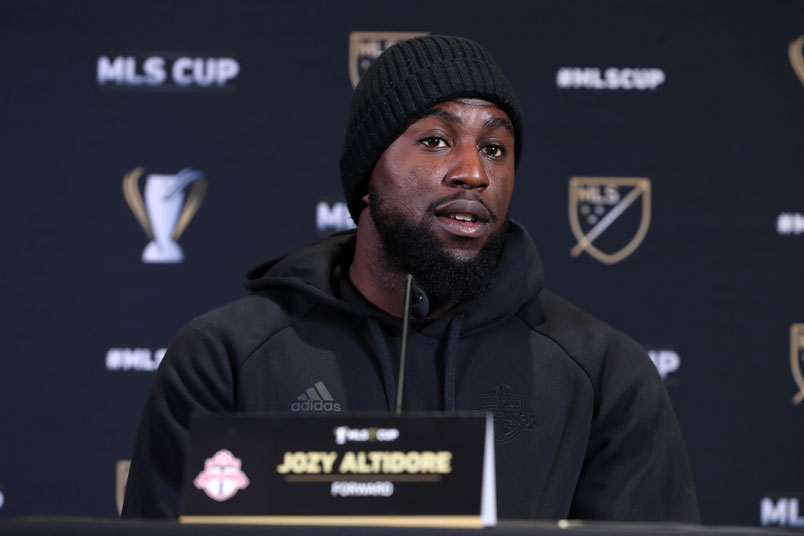 By Charles Boehm – WASHINGTON, DC (Nov 27, 2019) US Soccer Players – The holiday season looms, and another eventful year of American soccer nears its conclusion. It’s a good time to take stock and seek a wider, deeper perspective. By and large, 2019 was a time of transition for the USMNT. After more than a year of treading water without a permanent head coach, the program pushed forward under Gregg Berhalter.

With Berhalter introducing new ideas and personnel, the process of laying the groundwork for the 2022 World Cup qualifying cycle cranked into gear. A spirited defense of the Gold Cup title fell just short. Some performances on the pitch were promising. Others were frustrating, even outright dispiriting. Whatever your views, there was no escaping the reality that this year was more of a prelude.

We discuss and dissect these happenings here on this site, on social media, and among our friends and acquaintances. In some ways, it’s a timeless and endless process, no matter what the wider context may be. So this Thanksgiving, I’m doing something different.

Whatever your response is to what’s unfolded on the field, it never hurts to get a reminder of the real world, and how the sport we love can change lives for the better. That’s why I’m jotting down this list of what should matter most. My highly subjective and unscientific rundown of the people and organizations that give me heart, regardless of the final score on the pitch. USMNT and MLS players take part in countless worthy initiatives and nonprofits. Those listed here are a few among many.

Long before Atlanta was the darling of MLS with record crowds, a space-age stadium, and flashy playing squad, Soccer in the Streets was doing exactly what their name suggests. Founded in 1989, the nonprofit uses soccer to uplift people, particularly youth, from marginalized communities, whether refugees or at-risk or those fighting to overcome poverty and dysfunction.

Living in Washington DC, former professional player Amir Lowery and his friend Simon Landau saw many kids from humble backgrounds who possessed just as much talent and potential as their wealthier counterparts. What these players lacked were the resources and connections to climb up the soccer ranks. So they founded Open Goal Project, a nonprofit that helps young players navigate financial and logistical hurdles to compete at the highest possible levels in the game. Sometimes that means raising funds to subsidize the costs of travel soccer or arranging transportation from urban neighborhoods to the suburban sites where practices and games usually take place. In other cases, it’s educating players and their families about the processes of college applications and recruiting or translating for Spanish speakers.

OGP holds free showcase events for players seeking exposure to college coaches, along with clinics for youngsters who benefit from coaching and mentoring. It’s building relationships with corporate partners and MLS teams who help make their events bigger and better. This year, it launched a youth club of its own, DCFC, which brings travel soccer to DC kids in their own community. That’s a different approach than helping those kids access clubs in other communities in Maryland and Virginia.

It’s widely known that Major League Soccer is one of the legacies of the 1994 World Cup, its founding an explicit directive from FIFA to grow soccer in the US well beyond the tournament itself. The US Soccer Foundation has similar roots, aiming to push soccer into overlooked parts of the country and grow it at the grassroots level.

While much of the recent public discussion of the foundation has centered around its legal confrontation with the US Soccer Federation over its name and logos, that should not distract from or diminish the work that it continues to do. Since 1994 the foundation has raised and/or directed more than $100 million of investments on playing fields and courts, after-school programs, community grants, and more.

Its Passback program collects lightly used equipment and gear to distribute in communities of need. Its annual Urban Soccer Symposium gathers grassroots leaders in Washington for several days of seminars, meetings, and even in-person Congressional lobbying on Capitol Hill. Few are accomplishing more with less in this sport.

Jordan Morris’ leadership in the fight against T1D

Watching the USMNT and Seattle Sounders attacker relentlessly run from endline to endline during matches, you’d hardly guess that he lives with Type 1 diabetes. It’s a chronic condition that requires insulin injections and constant, careful monitoring of diet, cardiovascular output, and blood sugar levels. Morris has learned how to live with his condition and excel in spite of it. What’s even more inspiring is that he spends time to “educate, inspire and support” young people facing the same road.

Morris launched a foundation to raise funds and awareness and also meets with his “playmakers,” kids with T1D, at Sounders home and away games. It’s an impressive initiative, and Morris did his movement proud in 2019 with a career season for club and country in the wake of his serious knee injury last year.

Altidore has been a responsible professional throughout his career, taking part in a number of charitable projects like helping to bring clean water and even 2016 Copa America Centenario broadcasts to Haiti, his family’s ancestral home. This year the USMNT striker launched Footy Market, an online marketplace for players and coaches to buy, sell or donate soccer equipment to open up greater opportunities for participation for those with limited financial means.

“We have outlined strategic soccer partners who are aligned with us and want to share this platform with their soccer families, coaches, and clubs,” said Altidore, who is working his way towards a masters’ degree in business, in a conversation with the MLS Players Union’s website“As a result, this year we collaborated with the United Soccer Coaches to create a scholarship that raised over $100,000 for coaching education to fund those who need it most and can’t afford it. Even though this is a business, its purpose is to make a change in the soccer landscape.”

The Portland Timbers and USMNT striker has become one of the most thought-provoking voices in MLS in recent years, speaking from an unabashedly progressive viewpoint on race, politics, and privilege at a time when such matters are at the forefront of American consciousness. Crediting his perspective to his time at Duke University as well as his experiences as an African-American man, Ebobisse uses his social media accounts and the pro athlete’s bully pulpit to ask probing questions and draw attention to worthy causes.

Whether you share his worldview or not, it’s inspiring to see a young person find their voice and speak bravely and conscientiously in our tumultuous collective moment. Here’s hoping that other players feel empowered to follow their own spirit in a similar fashion.

Chicago Fire striker and 2018 USMNT call-up CJ Sapong has found purpose beyond the playing field with Sacred Seeds. It’s an effort to bring nutrition, education, and empowerment to marginalized communities in Philadelphia, where he played for the Union before a trade to the Fire earlier this year.

Sapong credits his own past experiences with injury and pain management, where he found relief in natural and holistic remedies that prescription drugs could not provide. The chronic American issue of “food deserts” in urban and majority-minority communities made food and nutrition a fitting area of focus as he sought to make a difference.

From urban agriculture to community-building to environmental sustainability and beyond, Sapong’s initiative is doing important and valuable work with both “micro” and “macro” impact.