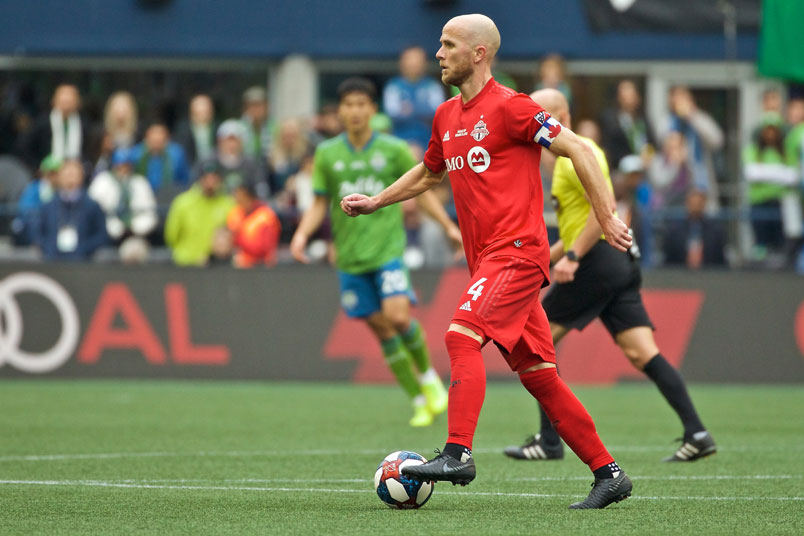 By Jason Davis – WASHINGTON, DC (Dec 18, 2019) US Soccer Players – The Portland Timbers announced late Monday that Argentine playmaker Diego Valeri signed a new multi-year contract to remain with the club for the foreseeable future. The 33-year-old Valeri helped the Timbers lift an MLS Cup back in 2015 and won the league’s Most Valuable Player Award in 2017.

He remains one of the most dangerous attacking players in MLS. There was no question the Timbers wanted to keep him in the fold. With the contract done, a months-long, and at times contentious, negotiating process comes to an end. Portland fans can breathe easy. They have the answer for the biggest question facing their beloved club this offseason.

For all intents and purposes, Valeri is the Portland Timbers in their modern MLS form. Only owner Merritt Paulson and general manager Gavin Wilkinson can compete with Valeri for the face of the team, though neither is as visible as Valeri. His arrival in 2013 was a turning point for the Timbers that led directly to their MLS Cup, a second MLS Cup final appearance, and the rise of the club as a regular contender in the Western Conference.

“Diego is a Timbers legend and we couldn’t be happier that he and his family will remain in the Rose City,” Wilkinson said in a statement from the team. “Not only has Diego been a leader in MLS over his career, he has become a local icon who is tremendously important to the club, the fans and the city of Portland. We look forward to raising another cup with him.”

Valeri has expressed on numerous occasions how much he enjoys living in Portland and playing for the Timbers. That might explain why one of the league’s top attacking players accepted a Targeted Allocation Money contract rather than the Designated Player deal he played under before.

The drawn-out nature of the negotiations indicates that Valeri wasn’t happy with whatever the Timbers initially offered. The fact that he took a TAM deal points to possible concessions in other areas by the club. That might be in the form of the length of the contract with the club’s statement indicating it’s a “multi-year” deal but did not specify the number of years. Or it’s something else.

Maybe Valeri gave the Timbers a hometown discount. Not just because he likes Oregon and his family is happy in the area. Perhaps because doing so frees up the club to go after another top-level talent in the chase for a second MLS Cup title. If that was part of Valeri’s motivation for re-signing, he has something in common with Toronto FC midfielder Michael Bradley.

Like Valeri, Bradley is a club legend who played a huge role in his club’s championship in 2017. Like Valeri, it was Bradley’s arrival as a Designated Player back in 2014 that marked the beginning of a new, successful era for Toronto.

Before Bradley, Toronto was an organization with resources that could never figure out how to leverage a passionate fan base and financial clout into real relevance. Then the club convinced Bradley to move from Italy to MLS. It not only brought them a top-notch holding midfielder and on-field leader, but it also sent a message to other players that they were serious about winning.

Seven years on, Bradley consented to a significant pay cut to better set Toronto up for the future. The American international was one of the league’s highest-paid players until he signed this new deal. The drop in salary is significant.

For Toronto, the aim is to make 2020 better than their runner-up season of 2019. Holding on to Bradley while opening a DP slot means the possibility of another top-level talent, likely in the attacking part of the field. Team president Bill Manning, recognizing that Bradley might still command a DP-level contract elsewhere in MLS, stated that Bradley’s new contract would allow the club to effectively have four DPs. The midfielder’s decision to stay at a steep reduction in pay turned on his love of the club and the city.

“The highs are higher and the lows are lower,” Bradley said about playing in Toronto. “But when you spill your heart and your soul into something every single day, the emotion of that, that part is so special. For me, my family, what the club, the city means to us — in the end, this was the only place I wanted to be.”

In this day-and-age, it’s easy to dismiss comments from players about their love for a particular club or city. Too often, that doesn’t stop them from taking a bigger contract somewhere else. It’s not exactly right to criticize a player for attempting to maximize his earnings in a career that could end at any moment and won’t last much past his mid-30s. Still, players who do jump from team-to-team in search of the fattest salary make those who commit to one club that much more special. Bradley might even move into a non-playing role with the club following his career, an option written into his contract.

The amount of winning that Portland and Toronto have done since Valeri and Bradley arrived in those respective cities helps plenty in making the Timbers and TFC attractive as semi-permanent homes. Suffering through losing season after losing season isn’t usually high on a player’s list of desires when contemplating signing a new contract, especially one containing a pay cut.

Both clubs are ambitious, willing to spend on new talent to stay in the hunt for championships. No one in MLS spends more than Toronto in terms of pure dollars. The Timbers are one of the league’s biggest spenders relative to market size. They want to win. Their investor/operators are willing to do what it takes to give their teams and chance to do just that.

The Timbers and Toronto FC organizations deserve credit for creating the kind of atmosphere that makes players want to stay in town, even for less money. Both Valeri and Bradley have crested 30. One could argue that age forced their hands, but each might have found more money elsewhere. Instead, they chose to stay, sacrificing their earning power to aid the team in chasing more championships. It’s now up to the Timbers and TFC to follow through and reward these icons for their loyalty.