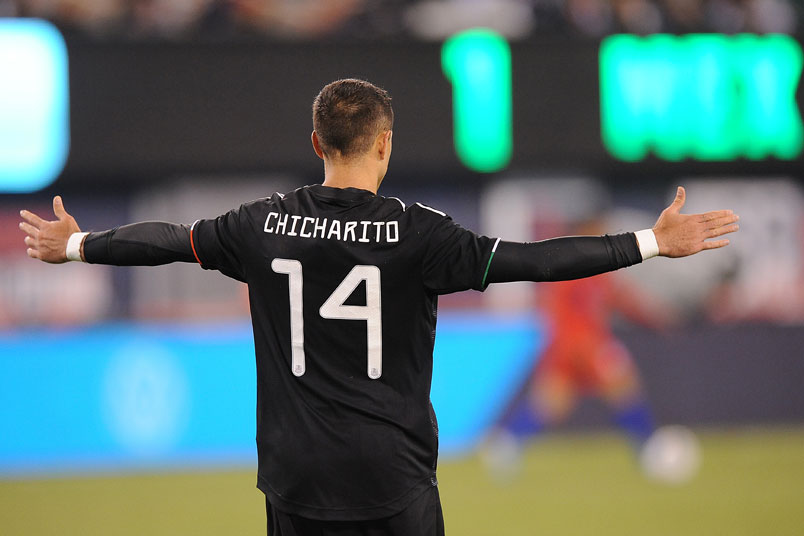 By Luis Bueno – RIVERSIDE, CA (Dec 4, 2019) US Soccer Players – Javier “Chicharito” Hernandez is open to moving to a new club. According to reports, Hernandez would be willing to move somewhere due to his decrease in playing time in Spain with Sevilla. Hernandez’s best move would be to move west across the Atlantic Ocean. The further west he goes, the more his playing time would increase. However, the best move for the player would not be the best move for all parties involved.

Hernandez would do well to join MLS, a league that has drooled over the prospect of landing him for more than a decade. The best move would be one down south. Hernandez to Liga MX would be the blockbuster move that would energize Mexico and whatever club acquires him. Hernandez would gain renewed life as a player, and the league would become even more interesting than it already is. It would also continue to signal that Liga MX should be an option for European-based Mexican internationals considering new clubs.

A return home would help keep Hernandez at a relatively high level and would surely spark his play. Having him home would also benefit the national team as he would be available to Tri coach Gerardo “Tata” Martino whenever Mexico plays regardless of the match, opponent, or game situation.

Still, that seems like the least likely scenario. What is likely to happen, if any move happens at all, is a move to Major League Soccer. That move would be a boon to the league and the club he would land at. Liga MX is at a higher level of play, but that is not the issue. It was not an issue with Carlos Vela, and it would not be one with Hernandez. A move back home would energize the fan base in Mexico like few others could, but Liga MX just isn’t the destination for returning Mexico internationals. Players like Giovani and Jonathan Dos Santos, Marco Fabian, and Vela all opted for MLS instead of Liga MX.

That trend took a turn over the summer. Giovani Dos Santos made his way home, welcomed with open arms. Dos Santos’s career took a downturn over his four seasons with the Galaxy. He went from being an El Tri icon to a question mark. His first season back in Liga MX with Club America hasn’t been easy due to an injury picked up in the superclasico with Chivas in September. Dos Santos had one goal during the regular season but scored in America’s upset win over Tigres in the Liga MX quarterfinals.

One of Dos Santos’s teammates made a more traditional move. Goalkeeper Guillermo “Memo” Ochoa bypassed MLS when he returned from Belgium. Ochoa was strong in his return, playing 15 games and making big saves. America is in the semifinals against Morelia, one step away from the final. Ochoa will play a deciding role in whether or not America reaches the championship.

Often though, Mexican internationals on the outs in Europe look to MLS and not Liga MX as a better option. The level of play is always improving, something that all players, including Hernandez, say when contemplating this league. The ever-increasing salaries help too.

There are also great comforts in MLS that go beyond the playing field. There is much less pressure playing in MLS than there would be playing back home. There’s a difference between low production in MLS and low production in Liga MX, where coaches, players, and team executives are under constant scrutiny.

It’s a different environment. Vela pieced together the finest regular-season campaign by any player in league history in his second year in MLS. He helped craft the identity of an expansion team. Fabian helped the Union reach the Eastern Conference semifinals in his first year with the club. Jonathan Dos Santos has drawn rave reviews for his play in the center of the Galaxy’s midfield and seems like he could be a lynchpin there for many years to come.

Hernandez would be one of the league’s biggest signings in the last decade undoubtedly. He has been a fan favorite for Mexico since his breakout year in 2010. Hernandez also has what many other Mexican internationals do not, respect and adoration from English Premiership fans. Hernandez was a standout for Manchester United and also succeeded with West Ham along with successful spells with Real Madrid and Bayer Leverkusen.

That widens his appeal. There’s no market where Chicharito wouldn’t resonate, bringing in greater attention. LA is an obvious place for him, potentially filling the role Zlatan Ibrahimovic left open with the Galaxy. He would pair well with forward Cristian Pavon. Hernandez would also be a great addition to Houston. They’re looking to rebuild quickly under new coach Tab Ramos. He would also be a great centerpiece for Orlando City SC and new coach Oscar Pareja. His suitors are everywhere in MLS, and for good reasons.

MLS vs Liga MX may still favor Mexico when the teams face each other in the Champions League or Nations League. For player recruitment, it’s MLS with the unlikely advantage. That’s why it wouldn’t be a surprise if Hernandez finishes his career in Mexico after several seasons in MLS.