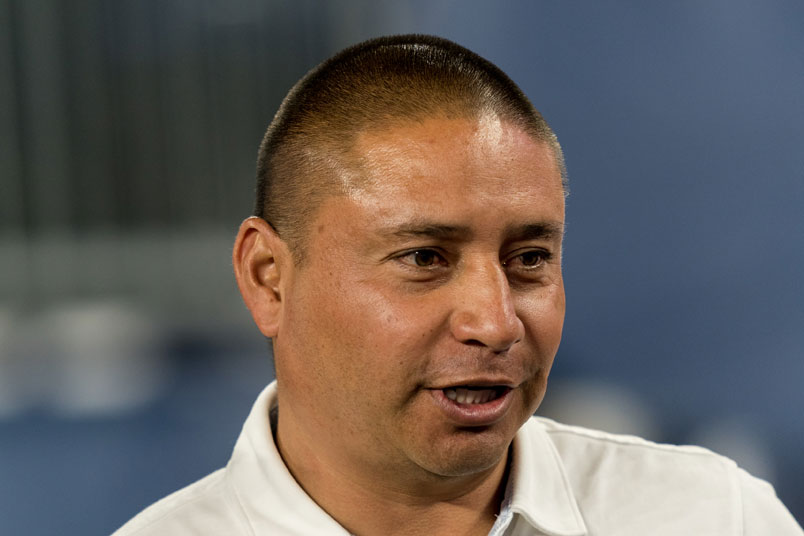 “Having gone through everything with the academy and the Monarchs and now being able to lead the organization with the first team is awesome,” Juarez said. “It’s something I never dreamed of, but it’s what I’ve been working for in continuing to get better as a coach and leader. I want to thank Mr. Hansen for the opportunity and trust that he has placed in me and the fans for their support. I can’t wait for the season to start in 2020.”

ESPN commentator Taylor Twellman reported via Twitter that the decision wasn’t straightforward. “Jason Kreis was offered the job and sources tell me that his “counter offer” offended the decision makers leading to the offer being pulled,” Twellman wrote. Kreis is currently the coach of the USMNT U-23s and last coached in MLS with Orlando City.

Juarez took over RSL in August after the club dismissed Mike Petke over a verbal altercation with the fourth official in a Leagues Cup game. That incident sparked a wrongful dismissal lawsuit and discovery that led to a “parting of ways” with GM Craig Waibel in late September. That potential destabilization didn’t overly impact RSL’s season, with the club moving into 3rd-place on Decision Day. Real Salt Lake knocked out Portland in the first round of the playoffs, losing 2-0 to eventual champions Seattle in the Western Conference semifinals.

What that creates is an interesting set of expectations for Juarez in his first full season. MLS can be a streaky league where most teams end up needing to recover from a run of bad results. Last season, that happened early with RSL losing four games in a row starting on March 16. That was Petke’s problem, turning the club around enough to keep them in contention. Juarez will also have to deal with the Leagues Cup, now double the size and more than capable of disrupting a team’s momentum.

All of this will happen without goalkeeper Nick Rimando, leaving a major issue for a club that relied on him to bail them out. Rimando had 10 shutouts last season behind a defense that at times gave him too much work. RSL had a -11 goal difference on the road last season, with 12 of their 16 wins coming at home. Even though that record ended up good enough for 3rd-place in the West, Salt Lake’s finish was a surprise on the final day of the season. Juarez and RSL would probably take that again in 2020, but this is a team in search of game management home and away if they want to compete with LAFC and Seattle.

Staying with coaching moves in MLS, Orlando City announced that Oscar Pareja is their new head coach. City finished the 2019 season with James O’Connor. Pareja became available at the end of the Liga MX Apertura with Tijuana missing the playoffs. Pareja took the coaching job there after success with FC Dallas.

Oscar is the perfect fit for the Orlando City organization, something I can say with confidence from our history of working together,” Orlando City executive VP of soccer operations Luiz Muzzi said. “He possesses the talent and passion to help our club reach both its short term goals on the field and long-term plans for the organization. Oscar checked all the boxes we were looking to fill and his vision is aligned with the plans that we have as a club – to invest in and develop players at all levels of our pyramid to be both proud and successful when wearing the Orlando City crest.”

Also in the soccer news, Tim Weah wasn’t in the squad for Lille’s 1-0 win at Lyon. Jonathan Ikone scored in the 68th minute with Mike Maignan keeping the clean sheet with three saves. Lille is 4th in the Ligue 1 table with 25 points. PSG leads with 33 points after 16 games.

The Guardian’s Ben Fisher profiles what Fulham is doing in the Championship. The Telegraph’s Jeremy Wilson reports on Britain’s Labour Party advocating for supporter involvement in the running of professional soccer clubs. The Independent has UEFA president Aleksander Ceferin’s comments on the obvious issues with instant replay.