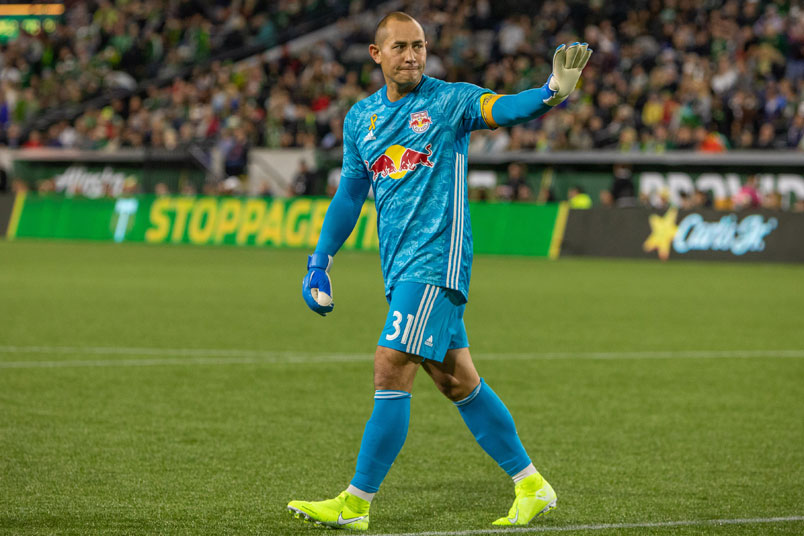 The materials used to build an expansion team vary from city to city. Resource levels differ. Ambition can take various forms. Sometimes MLS expansion franchises go for big-name coaches who bring immediate credibility to their project. Other times they choose to err towards continuity by keeping their lower division coach.

There’s no right way to do it, launching a successful MLS expansion team. Even the idea of success tinges with shades of gray. Not every first-year team is concerned with competing for a playoff spot out of the gate. Building over a longer timeline might be a case of available funds or the character of the club/region/fan base.

Still, there are some common denominators regardless of what type of debut season clubs want. No new team can be 25 players signed from outside of MLS, so the various mechanisms for player acquisition within the league are crucial to creating an on-field product.

There’s a certain type of MLS veteran that expansion clubs are particularly dependent on in their nascent stages. These are players with a wealth of league experience, some with accolades both personal and team, who can help a new club ease into the competition. Expansion teams typically struggle because there’s no continuity of identity. Veteran MLS hands can mitigate that problem.

Atlanta United leaned on a pair of decorated MLS names when the club entered MLS in 2017. In defense, Michael Parkhurst provided his high standard of heady center back play. He quickly became a team leader in a motley group of players competing under a first-time MLS head coach. Former Revolution, Rapids, Fire, and Galaxy player Jeff Larentowicz became a do-it-all man in the back six, a somewhat surprising development because of Atlanta’s investment in young South American talent.

Coach Tata Martino might not have known much about Parkhurst and Larentowicz when he arrived in Atlanta. He may not have had much to do with their acquisition. However, he certainly quickly learned that he could trust them to put in strong, consistent performances.

Parkhurst announced his retirement after the 2019 season. It speaks to the quality of his play in Atlanta that fans will remember his time with that team as much as when he was with the Revolution teams of the aughts or the Crew teams of Gregg Berhalter.

Larentowicz was a Swiss Army knife for both Martino and Frank De Boer. When needed, he filled positions in both the midfield and backline and was never too far from the starting lineup. His 94 appearances over three seasons is a reflection of the steadiness of his play.

The man who oversaw Atlanta’s roster build is doing the same job for Inter Miami heading into 2020. Paul McDonough knew how important players like Parkhurst and Larentowicz would be to Atlanta’s chances of bucking the prevailing trend of expansion teams missing out on the playoffs in their first season. He carried that same knowledge to South Florida, where he’s collected a different set of veterans to be the experienced core of Inter Miami’s first team.

Inter signed former Galaxy and Houston defender AJ De La Garza on Monday via free agency. The 32-year old moves to the expansion team after three years with the Dynamo, where he predominantly lined up at fullback. De La Garza suffered through some injury problems in Texas, but his pedigree as a winner in MLS in strong.

“His versatility and experience are vital for the club,” McDonough said in a statement on De La Garza’s signing. “Pair that with his leadership ability, and he will be able to come into preseason ready to contribute.”

De La Garza was once a stalwart of the great Galaxy teams of the early part of the nearly finished decade. Lining up alongside Omar Gonzalez, they formed one of the best pairs of central defenders in the league. That might seem like a lifetime ago in MLS, but it still makes De La Garza an asset to Inter Miami. Starter or depth piece, De La Garza will be part of creating the culture of a club that doesn’t yet have one.

Inter Miami also added a proven winner in goal. Following his departure from the New York Red Bulls after eight seasons and 238 appearances, Luis Robles moves to the expansion team. Robles is only a season removed from one of the best campaigns of his career when he set a club record for clean sheets with 14.

The South Florida team figures to start with Robles in goal. It will be a strange sight for Red Bulls fans who once saw him start 183 straight regular-season games for their club, setting an MLS record. Robles in net puts to rest any concerns about the position. His exit from New York was largely a function of timing that worked perfectly in Inter Miami’s favor.

De La Garza and Robles join midfielder Lee Nguyen, an expansion draft selection, to give Inter a group of upper-echelon performers from the league’s last decade. Together they total 738 career MLS appearances.

Inter’s expansion mate, Nashville SC, also made moves towards a veteran, MLS-experienced core with their early acquisitions. Dax McCarty arrives from Chicago to be the leader and midfield anchor for the new team. He’ll likely spend time paired with former San Jose Earthquakes man Anibal Godoy, a player with 101 appearances in MLS over five seasons. McCarty’s history includes two Supporters’ Shield seasons with the Red Bulls. He knows what it takes to win in MLS.

With other additions possible, it appears McCarty will carry the bulk of the load of culture-building in Nashville. He’s certainly capable. $100,000 in allocation money and a 2020 second-round draft pick is a bargain for what McCarty will provide in experience alone. He’ll enable Nashville to enter their first MLS season confident of a steady hand in a key position. If and when the time comes for McCarty to step aside for a younger player, his example will be invaluable to helping that player learn what it takes to succeed in MLS.

Designated Player signings get the headlines. Stadium construction updates increase excitement levels. Even the launch of an academy program or the unveiling of the club’s first on-field look can overshadow the acquisition of veteran MLS hands with resumes devoid of big-time foreign experience. Foreign signings and million-dollar transfers can put an expansion team over the top, but getting in position to make that move requires a significant amount of MLS-tested know-how.