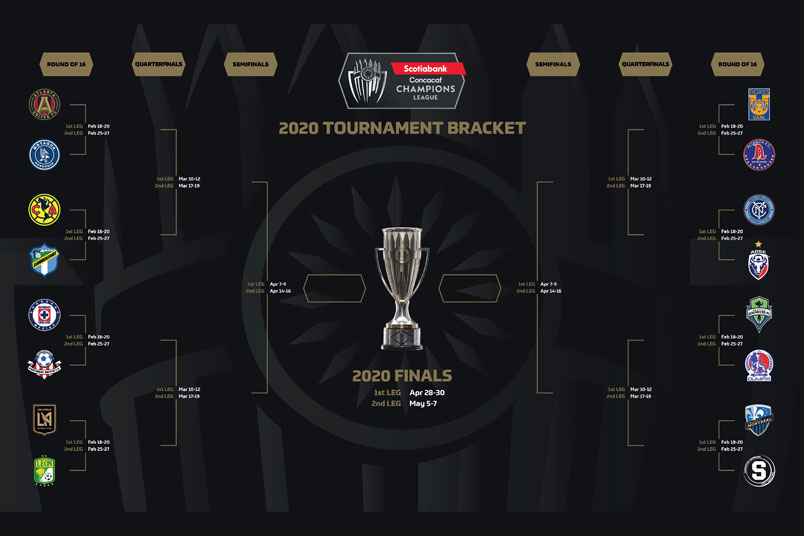 Concacaf announced the pairings for the 2020 Champions League for the round of 16 that opens the tournament for Liga MX and MLS teams. The first legs are set for February 18-20 with the second-legs on February 25-27. Concacaf seeds the round of 16 with only North American zone clubs in pot 1. For the five MLS teams, the goal was avoiding the lone Liga MX club in pot 2. Step up LAFC, who drew that lone Liga MX club and will play Club Leon.

Leon finished in 2nd-place in the Apertura, falling to Monarcas in the first round of the playoffs. It’s by far the most difficult matchup for any of the seeded teams, regardless of the temptation to build up away days in Concacaf for MLS. It presents an interesting scenario for the best regular season team in Major League Soccer last season. If LAFC really is looking at the Champions League as proof of what they almost did in 2019, they get an early start in showing that.

“This idea that we continue to take the exciting moments of football that we can produce and balance them with a little bit more experience, a little bit more know how,” LAFC coach Bob Bradley said prior to the draw. “I don’t think you can be naive and win the Concacaf Champions League. I think you’ve gotta be confident in your football but you’ve also gotta know that uncertainty, experience, decision-making, that little extra bit of savvy all come into play.”

We’ve seen enough examples of that combination of uncertainty and savvy, to put it politely. Some MLS teams advance in the Champions League against their own odds while better equipped teams drop out at the earliest opportunity. With Toronto showing what committing to the tournament can accomplish in a penalty shootout loss in the final in 2018, the blowback is what happened to them during that MLS regular season.

There’s certainly such a thing as over-committing to the Champions League. Weighing that against the goal of stopping Liga MX dominance is the challenge for all five of the MLS teams involved. LAFC gets the early start with perhaps the most pressure of any club in the tournament.

The Liverpool Echo’s Josh Williams asks about Leicester City’s title ambitions. The Telegraph’s Darren Lewis on the managerial hot seat at West Ham United. The Telegraph’s Sam Dean also has a take on Manuel Pellegrini’s situation at West Ham. The Daily Mail’s Matt Hughes looks at the proposed concussion substitutions in the Premier League next season.