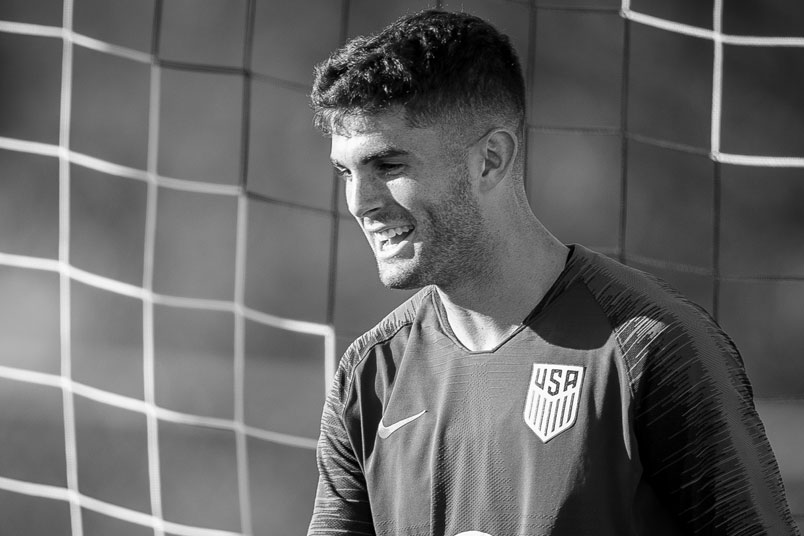 The soccer news starts in the Premier League. Christian Pulisic subbed out in the 86th minute for Chelsea's 2-1 home win over Aston Villa. Tommy Abraham put Chelsea up in the 24th minute with Aston Villa equalizing in the 41st. Mason Mount scored Chelsea's winner in the 48th minute.

"He is playing really well," Chelsea manager Frank Lampard said. "He can score more, we have a player in Christian who is someone who is really exciting us but when you see this type of player, you see another level which is goals and assists and he has the ability to go on to that extra level which is the top level of world football."

Chelsea is in 4th-place on 29 points, three back of 3rd-place Manchester City and with a six-point gap over 5th-place Wolves. There's no such thing as a comfort zone in the Premier League in December, but Chelsea is certainly in position to come out of the holiday churn of games still holding onto a Champions League spot.

At the same time, they're in position to advance from Group H in the Champions League. Entering the final matchday in 3rd-place tied on points with 2nd-place Valencia, Chelsea has a home date with bottom club Lille. The expectation is three points for Chelsea against a team that's only managed a single point in the group.

What that means for Pulisic in particular is what Lampard said. He's showing that he's a player in position to take that next step.

Also in the soccer scores, Matt Polster wasn't in the squad for Rangers in their 2-2 draw at Aberdeen. Rangers took a two-goal lead with Scott Arfield scoring in the 18th and Ryan Jack in the 30th minute. Aberdeen came back with goals in the 39th and 48th. The Sportsman's Graham Ruthven considers Aberdeen as the team to disrupt the Old Firm.

SI.com's Jonathan Wilson with the issues Manchester United continues to face even after a home win over Spurs. The Independent's Mark Critchley looks at Spurs after their first loss under Jose Mourinho. FourFourTwo's Seb Stafford-Bloor with what should be Mourinho's takeaways after the loss at Manchester United.