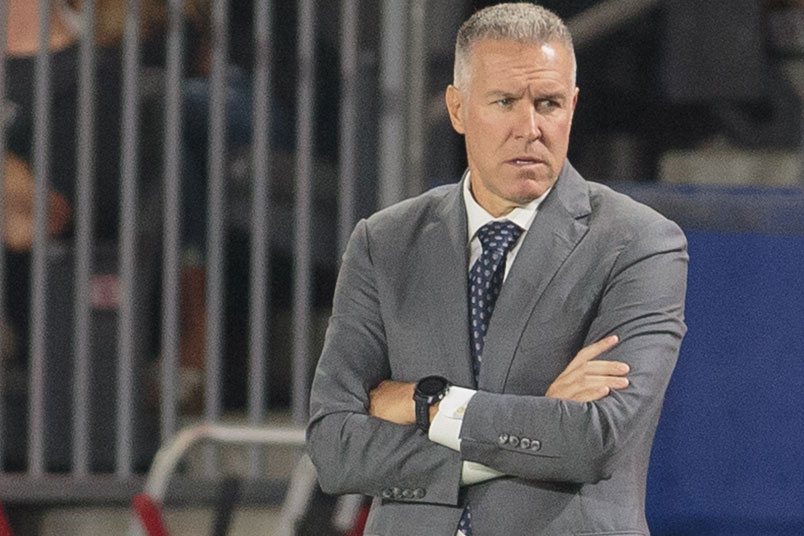 By Jason Davis – WASHINGTON, DC (Dec 13, 2019) US Soccer Players – There’s more than one way to break a record. There’s the subtle way, nudging just past the previous mark, barely setting a new record at all. Then there’s the big and loud way. Smashing the record by going so far past the old number that it makes the old mark laughable. Sporting Kansas City’s signing of Alan Pulido this week for a reported $9.5 million was not the subtle kind of record-breaking. It was the other kind.

With transfer fees not officially disclosed, it is just a best guess that Sporting more than doubled their record transfer spend on Pulido. To say that Sporting was previously not a big-spending club, even by MLS standards, would be to risk massive understatement.

Sporting’s move presents an interesting question with the ever-changing world of MLS and its ambitions as a backdrop. Did Peter Vermes and Kansas City make their move for Pulido because of some newfound ambition? Or is the reality of MLS changing so fast that even the clubs that never spent multiple millions on a single-player before have no choice but to keep up? Vermes addressed the new MLS reality in his comments about Pulido’s move to Kansas City.

“MLS has gone through 1.0 and 2.0, and now we are in 3.0,” Vermes said. “The 3.0 era is the era of targeted allocation money and all of the injections of cash that have entered the league in the last few years. To see the growth of this league as a player and now a manager. At one point we didn’t know if we were going to have a league, and now we’re working with 26 teams. It’s an exciting time to bring a player of Alan’s quality to the league and to Sporting Kansas City. It is a huge step for us and our league.”

It makes sense that Vermes and his bosses in Kansas City would characterize the signing of Pulido as a “huge step” for the club. It’s easier to get fans excited about a new season by selling a burst of ambition than a grudging acceptance of the spend-happy landscape.

Those things aren’t mutually exclusive, however. Sporting might see it as necessary to step up its spending to better compete with a changing MLS even as it wants to be more ambitious in general terms. The transition isn’t all that difficult for the club because of its stellar record as an MLS Cup contender over the last decade. 2019 was difficult and may have informed the move for Pulido. Still, Sporting and Vermes can point to eight consecutive playoff appearances despite not spending with the richest clubs in the league. If Sporting spends, it follows that it will leap into the upper echelon. That’s just logic.

On the other hand, spending nearly 8-figures on a player brings with it more intense pressure than anything Vermes and Sporting have dealt with before. The more budget-kind type of signings the club leaned for a decade drew a fraction of the attention that comes with Pulido’s arrival. If a player didn’t work out, the replacement is easier to find.

Sporting’s quest to get back into the playoffs and compete for championships is changing the club’s thinking on spending. Vermes will have more resources at his disposal to compete with the heavy hitters of the Western Conference. The rest of the league must take notice. If thrifty, sustainable Sporting is dropping that much money on one player, the bar has moved for everyone.

Vermes indicated that Sporting likely won’t compete dollar-for-dollar with the biggest spenders in MLS. We can’t expect multi-million dollar purchases to become the norm in Kansas City. Regardless, in the race to attract higher quality talent, money is the great equalizer. Money is what will convince a foreign player to consider Kansas City alongside New York and Los Angeles even when he’s not familiar with the Midwestern city.

There’s no more hiding behind market size, particularly in a league that has never really turned on the size of a market for the ability of clubs to compete. Parity remains in place even as MLS recognizes the need to engage more fully with the world transfer market. The pressure is on the cheaper operators to either step up or risk becoming irrelevant. There’s no quicker way to scare off a fan base than to “self-relegate” to perennial also-ran because you’re unwilling to spend to compete.

Sporting’s move for Pulido ranks as the fourth largest transfer fee ever paid by an MLS team. The odds of Sporting climbing into the top five of that list before the offseason began were incredibly long. Now, the club is signaling a new reality.

Like Sporting, however, the Whitecaps are also being pulled along by the current of spending in MLS. Wherever the club’s budget and ambition met in the past, the results on the field speak to the ineffectiveness of their approach. Marc Dos Santos’s first year as head coach ended with a last-place finish in the Western Conference, highlighting the need for significant reinforcements.

If Vancouver wants to compete, rather than make weak feints in that direction, they’ll have to spend. Reports link the club to Canadian international Lucas Cavallini, a move that would require upwards of $5 million to complete. Even rumors indicate the club might be learning the lesson.

Chasing Cavallini sends a signal to fans in Vancouver that the Whitecaps care about winning. The club’s sale of Alphonso Davies to Bayern Munich last year is worth celebrating, but soccer clubs can’t only be producers of talent. The Whitecaps can’t count on a Davies-like player coming out of the academy every year. Even if they could, that might not be enough to keep the fans engaged.

MLS is currently engaged with the players association in talks over a new collective bargaining agreement. It’s unclear how that agreement will turn out, or if it will give MLS clubs an even freer hand to spend big money on big-name players from outside of the league. The MLSPA would prefer to see its current members rewarded for their work rather than MLS continue to ship money abroad in the chase for quality.

No matter what happens with the CBA, Sporting’s signing and Vancouver’s flirtation show that the new era of spending is in high gear. Keep up or suffer the consequences.