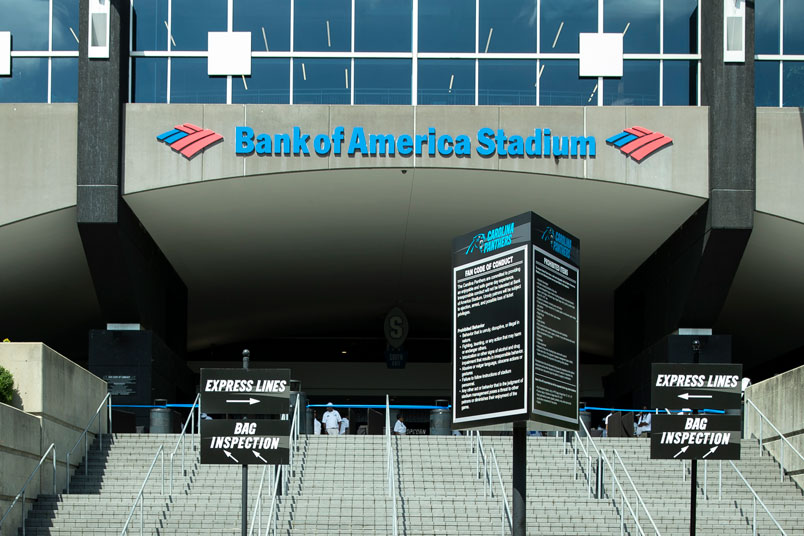 By J Hutcherson (Dec 3, 2019) US Soccer Players – I spent 22 of the first 23 years of my life living just outside of Charlotte, North Carolina. I went to college there. My first paid job in soccer was there. I’d like to think I know the area, but the last time I visited my family it was another rendition of a not all that interesting game of “that used to be here.”

A lot can change in a couple of decades. My incredibly rural high school once included an area that’s now a popular suburb. That suburb now has its own high school. Back in my day, and good grief I’m sounding like the lyrics to a second-rate rock song, that area was farmland and forest. None of the kids I knew had parents that commuted to Charlotte.

I’m old enough to remember Charlotte’s ASL team the Carolina Lightnin’ getting mentions on the local news and selling shirts at the Belk department store at Eastland Mall. The Lightnin’ dispersed in 1984. The mall is gone. Its lot could be the site for the potential MLS expansion team’s training center. Things change, and in this era of almost constant movement, they change quickly.

MLS is now targeting Charlotte and vice-versa for the most obvious of expansion reasons. The owner of the NFL’s Carolina Panthers wants a soccer team and is willing to pay. According to reports, an announcement could come as soon as this week. It’s a sound idea in this era of MLS. Plug a team into an existing NFL infrastructure and expect crowds of 40k or more to show up for regular season games. Any throwbacks to the original MLS model that tried and mainly failed in NFL stadiums isn’t relevant in 2019. Neither are comparisons to the unabashed enthusiasm for cashing expansion checks that helped doom the original NASL.

We’re clearly in new territory when it comes to the outlook for North American pro soccer and the ambitions of MLS. Nothing underlines that more than the cities fighting for teams and the potential investor/operators willing to pay to make that happen.

Back in the early 2000s, my grandparents sent me a clipping from their local paper. It was a report on a potential MLS team coming to their city. They lived in Winston-Salem, North Carolina, a former factory town that lacks a major airport. Rochester was once on the expansion agenda, with the idea that MLS could build their version of the Green Bay Packers. Now, that sort of thing seems silly. MLS builds big, going to cities that already have at least one team in another major league sport. When Austin is the exception, that’s an indication that the model is working.

Still, the more recent rounds of expansion carry with them at least the whisper of a nagging question. It’s not impolite to call places like Nashville, Sacramento, Charlotte, and even Austin second-tier cities in recent memory. Yes, all but one have other pro sports teams. Their local boosters would fairly argue that they shook off that second-tier status when major businesses and major leagues came calling. That’s completely fair, but they remain areas that have grown massively in a relatively short amount of time. With it comes the issues that quick growth areas face. What happens when those businesses take a better offer somewhere else? What happens when people choose a different town for their temporary forever home, logging into different Reddit and City-Data forums?

There’s a reason the major leagues haven’t abandoned the rust belt, those supposedly dying cities that will never again be in the top tier of population. It’s because the money that fuels pro sports is still there, maybe moved to the suburbs but still available to fund stadiums and entertainment districts to keep the product healthy enough. There are also generations of supporters for those teams and cities that may not necessarily live anywhere near there anymore. Wanting your home town to make good never really leaves.

What new teams offer is that newness, especially in areas with population booms and demographic shifts. It’s a fresh team with none of the weirdness that comes from switching clubs. With that in mind, it’s almost perfect for these growing cities. They get a sport without decades of tradition tying fans to teams. It’s new for all involved, pushing a different sport for a different era in these cities.

The Carolina Panthers sold to Pittsburgh native and former Steelers minority owner David Tepper for $2.2 billion prior to the 2018 season. That’s a record, but in an era where the NFL hasn’t offered any expansion teams for sale. We don’t know what a new team in a new market might cost. MLS is reportedly putting a $350 million price tag on what could be the Charlotte expansion team. That’s another record, but it comes after Meg Whitman invested $100 million for a minority stake in FC Cincinnati. The easy math now says that team is worth $500 million.

Waiting for the pro sports bubble to burst is like waiting for the next economic downturn. If any of us could predict it and had the money to bet, we would be in the position to start buying pro sports teams. Instead, the reality is that what we’re seeing is what we know. Right now, we’re seeing MLS teams going for more than anybody expected in the continuation of an expansion era that started with modest fees and hedged expectations. What this will eventually mean for MLS and its new markets is a futures bet. It’s also what growing leagues in North America have to do.