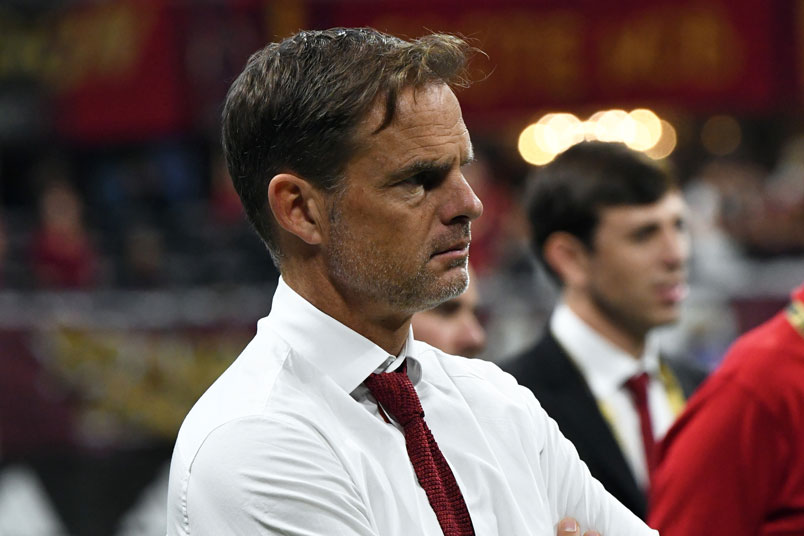 By Jason Davis – WASHINGTON, DC (Dec 27, 2019) US Soccer Players – Year one under a new head coach is often an exercise in balancing excitement and expectation with the reality on the ground. No coach can remake a team in his image in the short time frame of a single offseason. For coaches who don’t step into a job until later in the winter, the challenge is significant.

The Major League Soccer offseason is already on the downhill as we wait for the 2020 schedule to begin. Training camps open for Champions League qualified clubs on January 11. By January 18, everyone else will be in the thralls of training for the new campaign. Right now, Inter Miami and NYCFC remain without a head coach. Every day those teams wait to get their field boss installed, the harder the job of making the playoffs in 2020 will be. The Chicago Fire just missed the deadline for that list, hiring Raphael Wicky on Friday.

A handful of teams who changed head coaches ahead of the 2019 season should be in a stronger place as winter gives away to the soccer of the spring. Atlanta, San Jose, Columbus, and LA Galaxy have the certainty they lacked going into last season. Logically, those clubs should be better off in year two. They’re no longer under a head coach with a roster not of his making. There’s a caveat, of course. Those same coaches will have to use this offseason effectively.

Of the clubs who executed a change in leadership going into 2019, none was under a more intense microscope than Atlanta United. Tata Martino exited for the Mexico job. That meant unexpected pressure on Atlanta celebrating a trophy but also engaging in a recruitment process. They had to find a boss who could maintain the standard as defending MLS champions.

The simple choice for Atlanta’s brass was to sign a coach who preferred a style similar to Martino’s. The roster was already there to play Martino’s speedy, counterattack-heavy philosophy. Instead, Atlanta opted to hire Frank De Boer, noted for preference for a possession-based approach.

In De Boer’s system, roles for several key parts of the MLS Cup-winning team were unclear. New signing Pity Martinez failed to make an impact. De Boer eventually worked out enough of the kinks and perhaps learned how to manage the personalities in his locker room to push Atlanta into the Eastern Conference final. It was never easy, but it wasn’t a failure.

The Atlanta United team De Boer inherited was not one of his making. The amount of talent on hand allowed him to meander to the playoffs and a final four run in spite of that. There are already changes that will eliminate the “not my team” excuse from De Boer’s repertoire. Atlanta sent Darlington Nagbe to Columbus, acquired and signed Brooks Lennon from Real Salt Lake, and secured the permanent transfer of Emerson Hyndman. More moves are likely to follow, including rumors that Leandro Gonzalez Pirez is moving to Club Tijuana.

De Boer benefits from working for an ambitious team with a willingness to spend money. Few teams in MLS can compare to Atlanta United on that front, but the LA Galaxy’s Guillermo Barros Schelotto can’t cry poor. He enters year two in Carson down a world-famous striker, but with the possibility of a more balanced roster.

Zlatan Ibrahimovic’s departure creates a goal-scoring problem for LA. The Galaxy hasn’t yet filled that void, but several new additions point to a roster hewing closer to Schelotto’s liking. LA secured the services of Cristian Pavon for 2020 and added veteran playmaker Sacha Kljestan to help carry the creative load.

LA’s winter of signings is far from over and could carry into the initial stages of the season. Whatever benefit the club gets from having Schelotto back for a second season balances with the need to replace Ibrahimovic’s output. Defending was the issue in Schelotto’s first year. Will that push the Galaxy to do more on the defensive side of the formation? Or, will Schelotto remain committed to playing a style that leaves the backline stranded?

Unlike Schelotto, Matias Almeyda isn’t going to get a big boost of spending to help him build on the strides made by the San Jose Earthquakes in 2019. That Almeyda took the league’s worst team from 2018 and turned them into a playoff contender speaks to his quality as a coach. The fact that the Quakes wilted down the stretch of the season and turned into a chaotic mess in the final month leaves the jury out on Almeyda’s ability to make San Jose better this season. Despite rumors that he might leave the club for a return to Mexico, Almeyda committed to the Quakes for 2020.

Almeyda does have a few things working in his favor. He installed a man-marking system that requires an acute understanding of responsibility all over the field. That should be more effective after a year in place. Those players returning from 2019’s team will be better able to execute his plan.

The Quakes boss also unearthed a few young players who will be crucial to the effort this season in his first year in charge. Jackson Yueill emerged in the midfield and will be the key man in the center of the field on both sides of the ball for San Jose.

There won’t be a rash of new signings in Northern California, the better to mold the roster to Almeyda’s liking. To his credit, the Argentine has never claimed that the work in San Jose will turn on more spending. He believes in his philosophy, perhaps to a fault. Almeyda will enter 2020 positive that his team can achieve the success that eluded them last year.

Playoff success also eluded Caleb Porter and the Columbus Crew. Porter’s situation in Columbus was even more difficult than most. Not only was he new to the job in 2019, the club rebooted following the painful 2018 season and the takeover by new ownership. The feeling-out process in Ohio made it difficult for the Crew to get the help they needed on the field. Porter never round the right mix of players to string together wins.

The league will also feature a few coaches who arrive at 2020 following partial campaigns last year. Most notably, Bruce Arena will have a first full season in New England, a team that he turned into a surprise playoff qualifier. The Revs are one of the more active teams in the player market this winter and will have a new look to go with Arena’s plan.

These sophomore coaches hope to avoid the slump in 2020. Each situation is unique, with nothing guaranteed. The balance has changed, with expectations higher and excuses no longer as available.