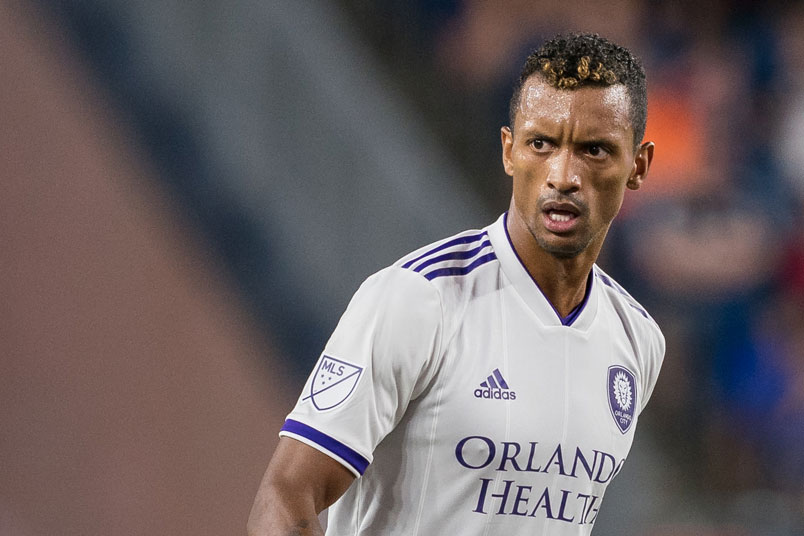 By Jason Davis – WASHINGTON, DC (Dec 6, 2019) US Soccer Players – Orlando City Soccer Club is no one’s idea of a marquee Major League Soccer franchise. The Lions have a passionate fan base and an international flavor that comes from Brazilian ownership. Still, they can’t or won’t compete with the nouveau riche of the league dollar-for-dollar in the chase for MLS championships.

Winning is harder in Orlando that in a lot of MLS cities, if only because the business of soccer in Orlando isn’t as lucrative as it is in Atlanta, Toronto, or Seattle. The degree of difficulty in turning Orlando not just into a contender, but into a club regularly attractive to fans year after year is as high as the humidity in Central Florida.

After five MLS seasons and three different permanent head coaches, Orlando is turning to former FC Dallas boss Oscar Pareja to execute the tricky maneuver of making the Lions matter. Pareja is uniquely suited to the job for several reasons, but most important is his experience and success in Dallas. With them, he won a Supporters’ Shield and contended for MLS Cups, all the while building an effective pathway from the club’s well-stocked academy to the MLS first team.

The proverbial cupboard isn’t bare, but there is plenty of work to do in remaking the Lions as a playoff team. In a league that is ever-more reactive, and with a fan base devoid of patience five seasons in, it’s worth asking how strong Pareja’s mandate is to rebuild the club.

It won’t be enough for Pareja to institute a new system of play or add a couple of new players to the lineup. If the expectation is that he’ll take Orlando to the postseason in his first season in charge, the Lions might be looking for a new head coach by the end of 2020.

The irony of the moment is that for Orlando to stabilize their program, they need to grant Pareja plenty of time to fix the problems. That hasn’t happened for his predecessors. Three coaches in five seasons don’t put the Lions among the most trigger-happy clubs in the world, but that number does constitute ridiculous turnover by MLS standards.

Pareja doesn’t walk into the Orlando job without support, regardless of what the club’s ownership might demand. Alongside Pareja occupying the club’s front office position is former FC Dallas technical director Luiz Muzzi. Arriving a year ago, the Brazilian was a jack-of-all-trades in Texas but was most renowned for building the academy structure that made FC Dallas the envy of MLS.

The balancing act for Muzzi and Pareja is as simple to explain as it will be difficult to execute. By recruiting first Muzzi and now Pareja, the Lions are trying to execute the same tight-rope act that Dallas turned into their identity during Pareja’s tenure.

Success means making the playoffs at the very least and probably being competitive one the postseason arrives. That’s an obvious aim. Because Orlando can’t use brute force to build good teams, it will also be up to Muzzi and Pareja to pivot the club towards a more sustainable model of talent development. That’s what will aid the first team’s efforts to win games. It will also serve as a backstop against fan attrition if and when the club can’t challenge for championships every single season.

The easy way to say it is that Pareja’s biggest quest is to help instill pride in Orlando City. The chaotic flailing for an effective plan the club engaged in for five seasons produced almost nothing. The club’s greatest assets going into 2020 are a very nice, but not particularly notable, stadium, the presence of star player Nani who just turned 33, and a handful of raw talents under the age of 25. It’s not clear if the team has enough talent as currently constituted to compete in the Eastern Conference. The results of 2019 don’t argue in favor of keeping the majority of the team intact.

Pareja made sure to pay respect to the regimes that preceded him. He went out of his way to suggest that the results this past season might not be indicative of the job done by O’Connor. Pareja loses nothing by being kind to his fellow coaching fraternity member. He might gain some extra consideration from fans by setting up his tenure as less of a revolution than evolution for Orlando City.

This won’t be a philosophically-driven change in Florida. Pareja doesn’t arrive with a codified style of play that meets the slippery, modern standard of “good” soccer. He doesn’t claim a unique insight into unlocking a defense or talk about “playing with the ball” as a pillar of his approach. Pareja’s team plays the best soccer they can with the first and only goal being to win the game.

What that largely means is that Orlando figures to be fast, physical, well-conditioned, and difficult to beat. Pareja’s philosophical bedrock doesn’t reflect a desire to play a particular style, but rather who to put on the field. He does not discriminate. If you’re good enough, you’re old enough.

Orlando’s developmental struggles aren’t a secret within Florida and beyond. The club put its reserve team in the USL Championship on hiatus after the 2018 season and relaunched the side as a USL League One team in 2019. The Montverde Academy in Clermont, Florida, previously housed the club’s academy and youth teams, removing them from the first team and the club’s leadership on a day-to-day basis.

Muzzi started the process of fixing what ails the pathway by bringing all three entities under the same roof this fall. The previous setup speaks to the ad hoc nature of the operation. Without a clear, cohesive vision from the top, Orlando bounced from half-measure to half-measure, never making much progress in any one direction.

Even before Pareja arrived from his stint in Mexico with Club Tijuana, Muzzi was laying the necessary groundwork to push Orlando forward. With the head coach in place, the Lions’ future looks certain to be brighter than their past for the first time since the club launched into the league back in 2015.

Pareja is not a “big name” head coaching hire like Matias Almeyda in San Jose or Thierry Henry in Montreal. His resume lacks trophies won in foreign leagues or a playing career that made him a household name in half the world. Then again, Orlando doesn’t need a famous name, or even a record of titles won somewhere else. It needs a coach who knows how to take a middle-class MLS club and turn it into a self-sustaining talent machine. It would have been difficult to come up with a better choice than Pareja. Now for the hard part.