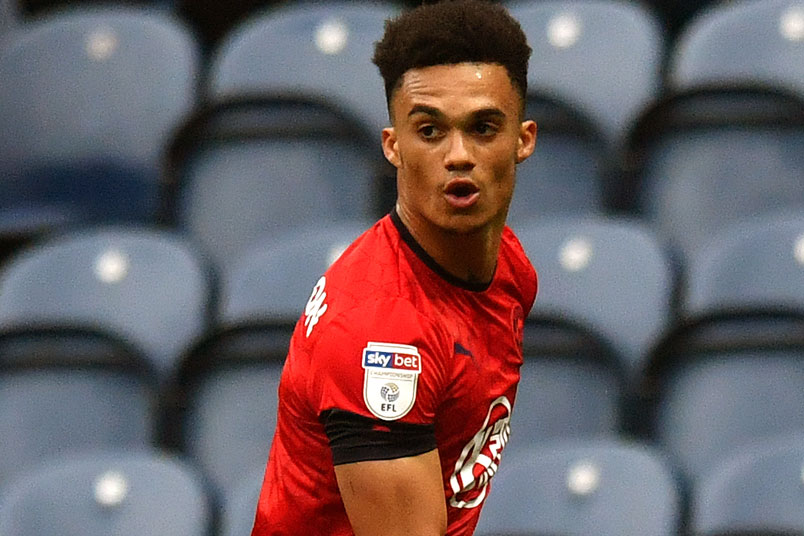 Editor's Note: Late on Friday, Wigan Athletic released the following statement: Wigan Athletic defender Antonee Robinson will remain at the DW Stadium after his move to AC Milan could not be completed. Robinson, 22, traveled to Milan this morning after the two clubs agreed a fee for the permanent transfer on Thursday evening. The USA international underwent a medical examination with AC Milan, though further medical tests with the Italian authorities were required, which were subject to a 72-hour deadline.

Friday's soccer news starts with USMNT defender Antonee Robinson and the biggest January transfer involving an American soccer player. Rumors were already circulating that Serie A club AC Milan was interested in Robinson, which seemed unlikely on the surface considering the situation.

Robinson was playing for Wigan Athletic, a club struggling near the bottom of the Championship. A move from England's second division to one of the giants of Serie A isn't the normal course of business. Those rumors picked up, and now Robinson is in the process of completing his transfer.

"With Jedi (Antonee Robinson), both clubs have agreed terms, the fee has been accepted and Antonee is traveling over to Milan to do his medical and agree personal terms," Wigan manager Paul Cook said in his Friday press conference. "Until it goes through, we won't comment a lot, but we're delighted for the kid. He's an absolute diamond of a young man, he's one of our leaders in the dressing room and it's great to see his development over the 18 months he's been with us. He's on the fringe of a dream move to a giant in world football. Hopefully it goes through for him because he really does deserve it."

Robinson becomes the first USMNT player with Milan since Oguchi Onyewu joined the club from Standard Liege for the 2009-10 season. Injury kept Onyewu out of the squad with a loan move to Twente in the Netherlands and eventually a move to Sporting in Portugal's Primeira Liga.

Should the Milan move go ahead as expected, Robinson will be in a unique position in Italy. For the most part, Serie A has been a closed door for American players. Alexi Lalas played with Padova in the mid-90s. Michael Bradley was with Roma from 2011-14, the only example of a USMNT player getting regular time with one of the league's elite teams.

In an era where there are less Americans in the Premier League, one in Ligue 1, and none in La Liga, it's the Bundesliga as the likeliest destination among Europe's big four domestic leagues. Changing that is an obvious benefit for the American system because it exposes elite players to different styles of play and soccer cultures. It also sends an important message about opportunity for players doing well in their position at a struggling lower division club and the depth of European scouting.

What Robinson faces game after game in the Championship is the kind of physical and desperate soccer that's a hallmark of most of the clubs in that level. There's a benefit to playing not to lose, an old cliche that works for teams doing their best to find a safe landing place in the middle of the table. It's not going 1v1 against some of the best attacking talent in the world. Instead, it's holding space and playing the position under physical strain.

There's clear value in doing that well, with the expectation that a player like Robinson would have options this summer. Now, it's happening in January with the extra complication of having to learn a new league mid-season. That's the kind of scenario that would challenge any player, certainly a 22 year-old who, as several outlets have pointed out, has yet to make his topflight debut. It's interesting times for a player to show that his skill set translates to the elite club level.

Joint statement with MLS on the status of CBA negotiations: pic.twitter.com/jmrwINBBkq