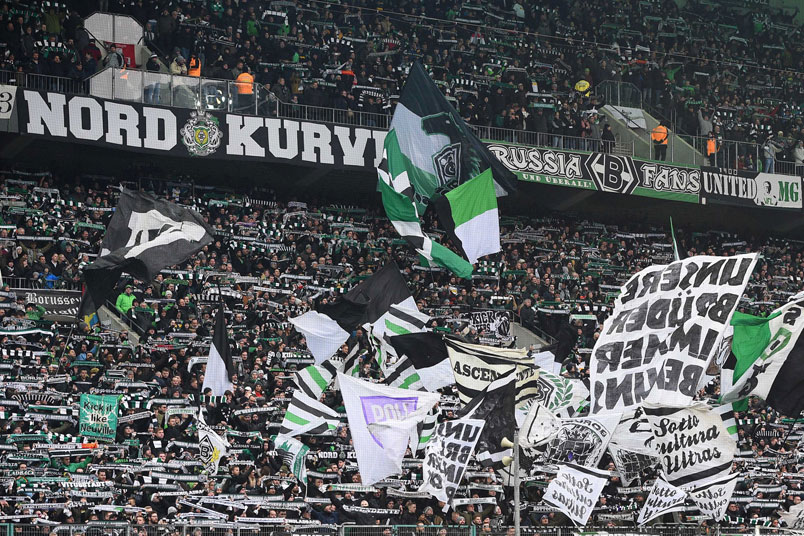 By J Hutcherson (Jan 14, 2020) US Soccer Players - While some in Germany press for games during the festive period, the Bundesliga still values taking time off. That ends on Friday when the 2019-20 season resumes with Schalke 04 playing Gladbach. After leading the Bundesliga for most of the season, Schalke ended the first-half in 2nd-place to RB Leipzig. It's an unlikely situation in Germany, with Bayern Munich and Borussia Dortmund in 3rd and 4th. Both want more, of course, with the test for the frontrunners as much about hanging on. Schalke is in 5th, with three of the top five clubs home to USMNT players.

It's no small thing that clubs with Americans are in contention, even if injury issues have limited playing time for Tyler Adams at RB Leipzig, Fabian Johnson at Gladbach, and Weston McKennie at Schalke. Adams and Johnson are healthy, with McKennie continuing to recover from a dislocated shoulder. For Adams especially, getting back to fitness just prior to the winter break should mean playing time with the Bundesliga leaders. It's an opportunity for him to show he can build on what he did during the second-half of last season, his first with Leipzig.

Adams and McKennie are both part of the youth movement under USMNT coach Gregg Berhalter, normally included in any fantasy XIs for what the team should look like at full fitness. Johnson made it clear in October that he wants another USMNT opportunity. At 32 years old and with 57 caps, Johnson would make himself tough to ignore if he's a key contributor in a strong Gladbach squad. Club performances should be the key driver for national team opportunity, and Johnson is in the position to make himself extremely difficult to leave out.

That wouldn't be the same scenario if Gladbach was in the lower half of the table. Had this season gone as expected, it would be another Bayern and everybody else version of the Bundesliga. Instead, it's an open competition that isn't Bayern Munich's to win. That alone is a result at this point in the season. Bayern followed up back-to-back losses with three consecutive wins to close out December. That has them within two points of Gladbach and four of RB Leipzig. When Leipzig and Gladbach meet on February 1, both could already be chasing Bayern.

Bayern Munich coach Hansi Flick stressed fitness in Bayern's winter camp in Doha. That should be a clear signal to the rest of the league that Bayern's work rate will improve. Since they're already building on a coaching change that brought maximum points from the last four games, that's not exactly good news. Bayern opting to keep Flick in the role rather than signing a big name coach is also an indicator that they trust what he's doing. For how long is a perfectly reasonable question, but this is a team that has a clear path to where they feel that they belong.

It's tough to say who really is the best team in the Bundesliga this season. Bayern and Borussia Dortmund failing to take their regular places introduces an idea of parity that may not hold. Gladbach in particular has given up points in interesting circumstances. After beating Bayern at home, they lost to Wolfsburg, beat Paderborn, and then tied Hertha BSC. That last result gave a big boost to new Hertha coach Jurgen Klinsmann while costing Gladbach 1st-place. It's worth pointing out that two of Gladbach's four losses came to teams now at or near the top of the table. It might be a reach to put much weight on that 3-1 home loss to Leipzig in week 3, but losing 1-0 at Dortmund on October 19 began to raise questions about the reality of Gladbach's title chances.

This strange version of Bundesliga parity may not be that at all. Instead, it could be waiting for the schedule to deliver the regular contenders in their appropriate places. That means Bayern Munich leading the league with Borussia Gladbach somewhere behind. It also means Bayern showing the gap in class between their ability to spend compared to the rest of the Bundesliga. Bayern is 4th in Deloitte's latest money league table with Dortmund 12th. That's the key differentiator in Germany, with the ability to spend eventually winning out. Expecting much else requires a team to noticeably slip, like Dortmund did in 2017-18.

Not making this any easier on three of the top four is the knockout round of the Champions League. RB Leipzig plays Spurs with nobody underestimating last season's finalist. Bayern drew Chelsea, another Bundesliga vs Premier League matchup that may not favor the German club. Borussia Dortmund got the worst of it, drawn against PSG in what would be a major upset should they somehow advance. All three of those series could carry over into the Bundesliga. Meanwhile, Gladbach is out of Europe after finishing third in their Europa League group. That may end up being part of their other way of competing in the Bundesliga.

"It's very clear that we're set up differently, but we can still be confident," Gladbach CEO Stephan Schippers said. "We have shown that there's another way with a lot of work, tenacity, continuity, patience, foresight and with economic prudence. We don't want investors or patrons, so we need to find another way to compete economically and sportingly."

Right now on the sporting side, that could simply mean a lack of distractions. It's certainly an opportunity for Gladbach. This is a club that dosn't seem able to play themselves out of contention. If this new version of the Bundesliga holds, that could mean still playing for a title much later than anyone expected.