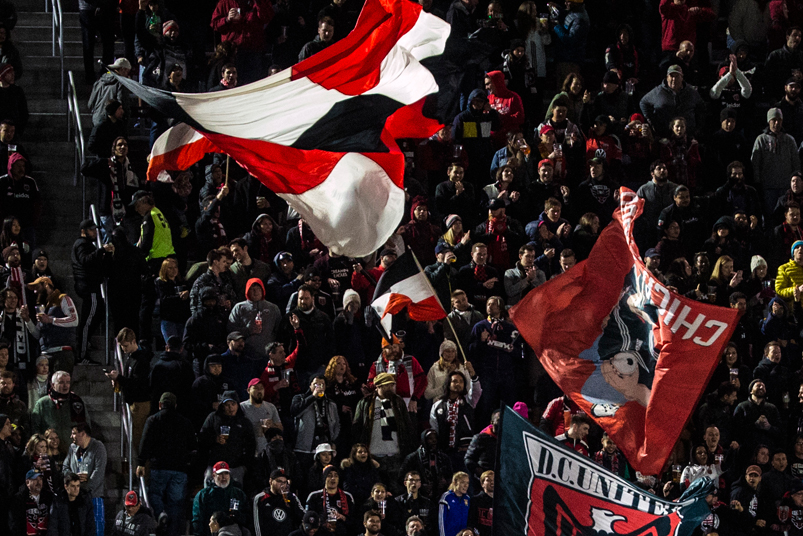 By Jason Davis – WASHINGTON, DC (Jan 15, 2020) US Soccer Players – DC United paying Morelia $5 million for Peruvian midfielder Edison Flores might not seem like that big of a deal. It’s just one of a rash of multi-million dollar transfers going down this offseason, part of the broader, multi-season push from MLS teams into the more expensive waters of the international transfer market. It doesn’t measure up to the richest signing of the winter so far, Sporting Kansas City’s move for Mexican forward Alan Pulido. It comes in behind Columbus’s transfer signing of Argentine creator Lucas Zelarayan from Tigres. A handful of other moves likely to go down before the primary transfer window closes will push it further down the list.

Clubs like LAFC, Atlanta United, and Inter Miami can point to multiple flashy moves for talent from around the world. DC United is only just beginning to push into the market. The club is not yet among the more active or outwardly ambitious teams in MLS. It would be easy to skip them entirely while reviewing the activity of the offseason.

Yet for fans of the Black & Red, Flores’s signing might as well come with angels strumming heavenly notes on golden harps. Flores is a potentially transformative signing for the club, not only with what he brings to the team on the field but by what he represents for United’s future.

It’s a future that required opening a new stadium and moving past the old days. The pendulum of success and failure swung wildly between DC’s last MLS Cup title back in 2004 and the final throes of life at RFK. The club often managed to scrape its way into the playoffs, but also put together the worst MLS season of all time back in 2013.

Rarely since the start of the Designated Player era has DC United rated among the league’s top contenders. The club’s forays into the world of the marquee player were hesitant and inconsequential. As spending ramped up across MLS during the 2010s, United fell further and further behind the leading lights of the league. Until the deal to build Audi Field came together, it looked like United would stay stuck in an MLS 1.0 model.

To say the stadium changed everything would be an understatement. To say that United’s changing ownership lived up to the expectations that arrived with the stadium move would be underselling their commitment.

DC’s leap into the modern age started with the signing of Wayne Rooney in 2018. On paper, the move looked like one done a dozen times before. MLS clubs signing aging European stars near the end of their careers is nothing new. Rooney fit that profile. Instead, he was a difference-maker with DC, boosted the club just when they needed it. Through his talent and commitment, Rooney reestablished United as relevant on an off the field. The club’s willingness to pay him a salary multiple millions more than they had ever paid a player before signaled the change that fans spent years waiting to see.

Rooney’s decision to leave United for a chance to be a player-coach at Derby County came as a shock. Still, there was no reason to think United intended to sit still and ride the wave made by the former Manchester United star. Rooney was an opening move as the club rebuilt into a true contender.

That’s why Flores’s arrival matters. He doesn’t have Rooney’s resume and won’t move the needle with English-speaking local media. However, he will invigorate the Peruvian population in the DC metro while serving as a real investment for the club. The newest trend in MLS is buying players who will have sell-on value. These players can help win games while also allowing the club to eventually pocket a transfer fee.

Overly conservative MLS held off on those types of riskier maneuvers for most of its history. Paying transfer fees was almost unheard of 10 years ago when most teams looked for new talent among the out-of-contract pool of players. It only stands to reason that players who played out their contracts and were free to move were of lesser caliber. By controlling transfer costs, MLS restricted its ability to bring in talented players.

The leading edge of big money spending is from Atlanta, Toronto, and a few other rich clubs. United is most decidedly not among those teams. Still, it’s better to be late than to not show up at all. If United has the desire, a bit of spending could push them into the MLS Cup conversation.

United plays in a top ten MLS market and is capable of bringing in enough revenue to jump towards the front of the ambition line in MLS. DC had more in common with the Philadelphia Union and Columbus Crew before this offseason than with the New York Red Bulls or LA Galaxy. Though no one expects lead investor/operator Jason Levien and his partners to catch up with the big market clubs right now, the desire is clearly there.

Flores is a talented 25-year-old. He possesses an infectious smile and the power to bring disunited elements of the soccer fan base in Washington together again. The Latin American presence at United, both in the team on the field and in the stands, is one of the club’s most identifiable traits and has flagged in recent years for a variety of factors.

When the money is lean, it’s tough to cobble together enough influential Latino players to roll out anything approaching a Latin American style. Pity Ben Olsen, who had no choice but to find ways to grind out wins during the club’s final few years at RFK.

Flores alone won’t make DC United an MLS Cup contender, and it wouldn’t be fair to burden him with MVP-level expectations. His price tag indicates that he’s a level up from any 20-something DC United has had in its recent history. His signing serves as the milestone that announces to everyone the original MLS dynasty doesn’t intend to sit out the newest version of their league.