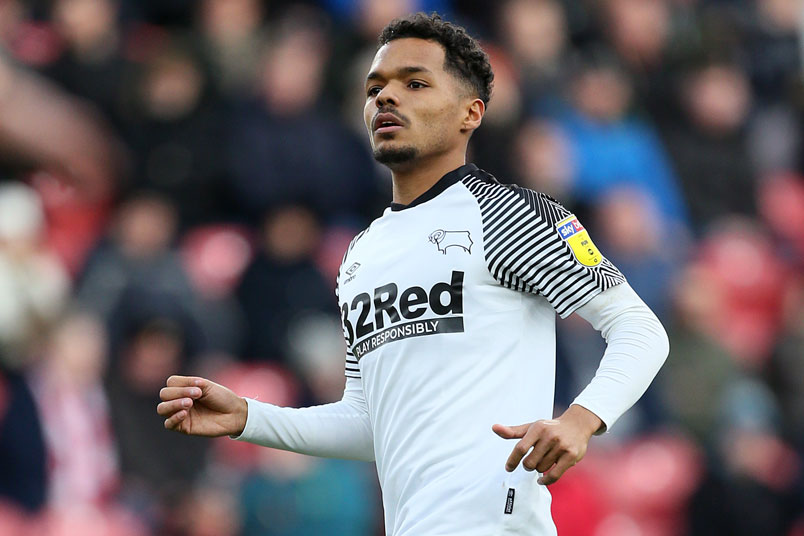 With the Bundesliga still on break, the USMNT abroad roundup is once again headlining Monday’s soccer news. It’s not just the English leagues this time, with Ligue 1 back from break, Spain playing the Copa del Rey, and Liga MX kicking off the 2020 Clausura over the weekend. We start in England’s Championship with Duane Holmes equalizing in stoppage time in Derby County’s 2-2 draw at Middlesbrough. Trailing from the 16th minute, Jason Knight equalized for Derby County in the 54th. Middlesbrough went up from the penalty spot in the 67th with Holmes scoring a minute into stoppage time.

“I’ll take it and it was a good point in the end,” Holmes said. “I don’t care how they go in. It was a great point for the team, and I think we could have gone on to get all three points to be honest. I think if we went home without a point today, we would be very disappointed. As bad as we were in the first-half, we were better in the second-half. Even in the first half we missed two good chances and we just need to be more ruthless and put them away, then the results will come.

Lynden Gooch subbed out in the 85th minute in Sunderland’s 4-0 home win over Wycombe Wanderers in League One. Charlie Wyke opened the scoring in the 6th minute with Denver Hume doubling the lead in the 16th. Chris Maguire converted a penalty in the 21st and scored again in the 78th minute. Matthew Olosunde’s Rotherham United won 3-1 at Oxford United. Kyle Vassell scored for Rotherham in the 16th and 33rd minutes with Richard Wood making it 3-0 six minutes into first-half stoppage time. Oxford United scored in the 71st minute.

SI.com’s Grant Wahl talks to US Soccer personnel about moving January camp from Qatar at the last minute. The Washington Post’s Steven Goff on the broader situation with soccer in the Gulf. Yahoo’s Doug McIntyre has US Soccer’s plans for picking host cities for the 2022 World Cup. The LA Times’ Kevin Baxter looks at the state of LAFC’s roster. ESPN’s Jeff Carlisle on a link between the LA Galaxy and a deal for Chicharito Hernandez.

The Daily Mail’s Ian Ladyman separates Manchester United as a business from how it’s doing on the field. The Mirror’s John Cross explains what Jose Mourinho got right in how Spurs played Liverpool. Bundesliga Fanatic’s Ben Jackson looks at Fortuna Dusseldorf’s season. Bundesliga.com’s Chris Mayer-Lodge on what David Wagner is doing with Schalke 04.

“You’re going to be rivals on the field, but it’s extremely important that you think of this as a brotherhood when the game is over.” Thank you to our incredible panel of current and former players who shared insights and advice with the rookies and newest members of the PA! pic.twitter.com/hQhGQnhRCz