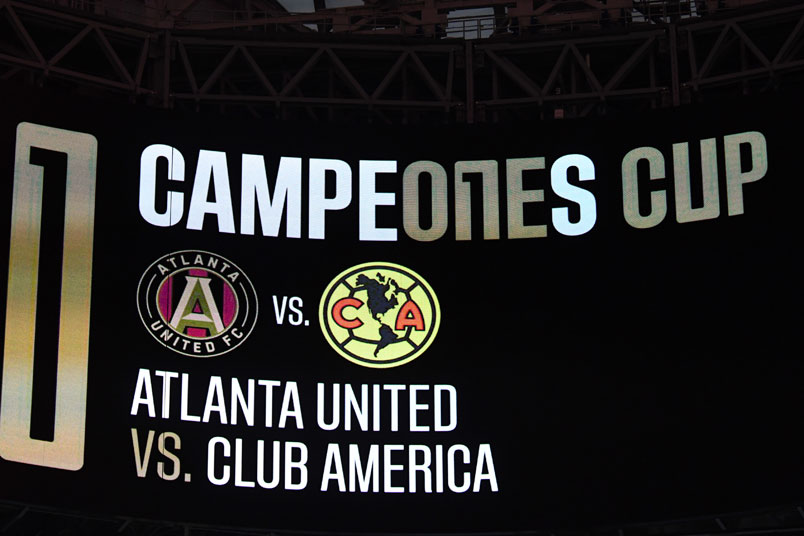 By Jason Davis – WASHINGTON, DC (Jan 8, 2020) US Soccer Players – Supply and demand make markets. When one party has something the other party wants, the selling party can dictate terms: Pay my price or go without. In a closed system, where the selling party is the only source of supply, that dynamic leads to unfair pricing practices. Major League Soccer’s relationship with Liga MX of Mexico does not exist in a closed system. MLS has plenty of other sources for talent, ones with proven track records where the league has done ample business in the past. Nothing says MLS teams have to buy players from Liga MX.

If this MLS offseason is any evidence, however, MLS teams appear more than happy to target players in Mexico. It’s part of a newfound ambition and a willingness to spend at a level unseen in MLS history. Premiums are part of the deal. Liga MX clubs know that MLS teams want Mexican-based players for very specific reasons. They’re using that knowledge to squeeze their northern counterparts for extra money.

This sets against the backdrop of the ever-closer relationship between MLS and Liga MX. It’s one that will deliver an expanded Leagues Cup tournament this summer and the third staging of the champion-versus-champions Campeones Cup.

Most obvious is the easy acquisition of prestige. In the general sense, Liga MX stars of the caliber MLS clubs are buying or chasing bring quality. Liga Mx does better than MLS head-to-head in the Concacaf Champions Cup. It’s part of the evidence that the level of player south of the border is typically better than that of MLS

Depth plays a large part in the dominance of Mexican clubs in that tournament. That’s something purchasing a few high-profile names won’t fix. Still, the simplest way for MLS clubs to both get better in the quests for an MLS Cup and potentially challenge Mexican hegemony in continental and league-v-league competition is obvious. Sign those same Liga MX players.

It’s also the matter of the simplicity of the process that appeals to MLS clubs. The channels between the leagues are already open and growing stronger. Working through a negotiation with a Mexican club is less complicated than it might be elsewhere in the world. As MLS has grown in esteem, Mexican clubs and Mexico-based players have proven more willing to engage in the idea of transfers between the leagues.

These are not players that require great pains to scout. Comparing the effort needed to gather information on players farther afield might not be the right way to make the point. However, identifying talent in Liga MX can be a simpler process than it might be in other countries. Liga MX is the most popular soccer competition on American television. It’s easily available to any MLS coaching staff that wants to watch it.

If you’re looking for next-level talent to bring in MLS, especially on the attacking end of the field, Mexico is practically the shop around the corner. There’s no need to wonder about a step up in level. There’s enough to go on when assessing a player’s fit for a particular playing philosophy. Players might not sign with the explicit expectation that they’ll play the same position they did in Mexico, but their skill set will not be a mystery.

MLS teams can’t be naive about these purchases. It would be silly to think that Mexican clubs aren’t aware of their northern neighbors’ desire to grow quickly and what that should cost. If there’s suddenly more money available, that fuels the market.

Alan Pulido’s moved from Chivas to Sporting Kansas City for a reported $9.5 million. Lucas Cavellini signed with Vancouver from Puebla for a reported $5 million. Lucas Zelerayan joined Columbus from Tigres for an estimated $7 million. While all of those players make their new teams better on paper, an analysis of the market and the players themselves points to premium price tags for one or more.

Transfer value is highly subjective. It comes down to what the market will bear. For Sporting, Vancouver, and Columbus, the price each paid for their new arrival was deemed fair enough not to scuttle the deal. Last season, New England felt the same when paying $7 million for Gustavo Bou. Portland reasoned a fee north of $10 million was acceptable for Brian Fernandez even if they might have regretted that decision by season’s end.

What we’re seeing is the general dynamic between the two leagues for the immediate future. MLS does not have inexhaustible resources. Regardless, they do have clubs anxious to spend to keep up with the changing scope of the league.

Rumors of more Liga MX to MLS moves may be in the works. DC United has its eyes on Morelia winger Edinson Flores, a Peruvian international, and is also reportedly targeting Santos Laguna attacker Brian Lozano. Securing the services of even one of those players would cost DC more than $5 million. If the Black & Red sign them both, it’s an ambitious statement of intent.

Occasionally, Mexican clubs will tap MLS talent for a move south. Camilo Sanvezzo famously forced his way out of Vancouver to Queretaro back in 2014. Those signings are often bargain deals for the Liga MX teams, players with something to offer in the short term who won’t cost much.

The days of a true “Mercado” with MLS teams buying Liga MX and vice-versa for comparable fees, is in the future. MLS teams have to balance their newfound ambition with the development of younger talent through transfers and academies. The dynamic is bound to change when MLS teams can beat Mexican clubs regularly. Until then, it’s Liga MX in control of what’s becoming a highly lucrative marketplace.