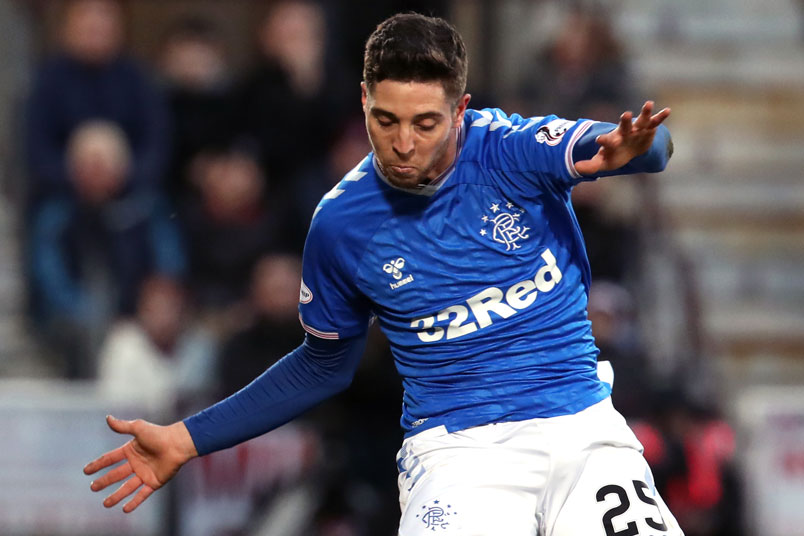 Thursday's soccer news starts with the USMNT players in action. Matt Polster's Rangers shutout Ross County 2-0 at home in the Scottish Premier League. Jermain Defoe opened the scoring in the 41st minute with Scott Arfield doubling the lead in the 47th. Polster saw yellow in the 67th minute. Rangers are in 2nd-place in the table on 56 points, trailing leaders Celtic by five points.

"Obviously, it's taken some time," Polster said about getting into the starting lineup. "I've been working really hard in training, I think I've trained really well. You just have to be really patient in these moments. I'm just happy it came and I got to play against Ross County and get the win."

Lynden Gooch's Sunderland won 1-0 at Tranmere Rovers in League One. Charlie Wyke scored in the 60th with Tranmere going down a man in the 84th minute. Timothy Weah wasn't in the squad for Lille's 2-1 loss at Epinal in the Coupe de France round of 16. Loic Remy scored for Lille in the 8th minute with Epinal's goals coming in the 56th and 62nd.

Also in the soccer news, Alfredo Morales and Zack Steffen have a new coach at Fortuna Dusseldorf. The Bundesliga club parted ways with Friedhelm Funkel with the club in last place. Uwe Rosler is now in charge, moving from Malmo in the Allsvenskan. Rosler was an East German international, playing in Germany and with Manchester City and Southampton before moving into coaching with Lillestrom in 2004. After coaching there and with Viking and Molde, he moved to Brentford, Wigan Athletic, Leeds United, and Fleetwood Town in the English leagues. Rosler was with Malmo from 2018, finishing 3rd that season and 2nd last season.

"I worked abroad for many years and now I have finally landed in the Bundesliga," Rosler said. "It has always been a huge goal of mine and it is a unique opportunity. I've always followed the Bundesliga from abroad. I am grateful to now work with a traditional club like Fortuna to keep us in the league. I am convinced that we can do it, otherwise I would not have signed in Dusseldorf."

Spurs defender Cameron Carter-Vickers will spend the rest of the season on loan to Luton Town. Carter-Vickers was with Stoke City for the first-half of the Championship season. Luton Town is in last place in the table, six points and a sizable goal difference from safety.

"As soon as I came back from Stoke, I wanted to try and get back out on loan as quick as I could and luckily for me, Luton gave me that opportunity," Carter-Vickers said in the press statement announcing the move. "The Championship is a very tough division. Every game is very competitive and it’s always hard to get results and get points. That’s also why it’s a good league, because it’s a challenge every week. On a personal level it’s a good challenge for me and I just want to try and help the team and the club as much as I can while I’m here."

iNews' Will Magee on how Liverpool is dominating the Premier League. The Liverpool Echo's Paul Gorst if a 19-point lead is enough for Liverpool manager Jurgen Klopp to admit his team has sealed the Premier League title. The Guardian's Jamie Jackson looks at how Manchester City adjusted to knock Manchester United out of the League Cup. The Athletic's Roshane Thomas and Matt Slater delve into West Ham United's spending. The Daily Mail's Pete Jensen argues that Barcelona's focus on the summer transfer window is hurting them now. World Soccer's Nick Bidwell on the type of players joining RB Leipzig.

In a scenario that should feel familiar to MLS fans, The Japan Times' Dan Orlowitz explains why J League teams no longer have much of a preseason. The Mirror's Matt Maltby on the postponement to the start of the Chinese Super League season and other sporting events in China.