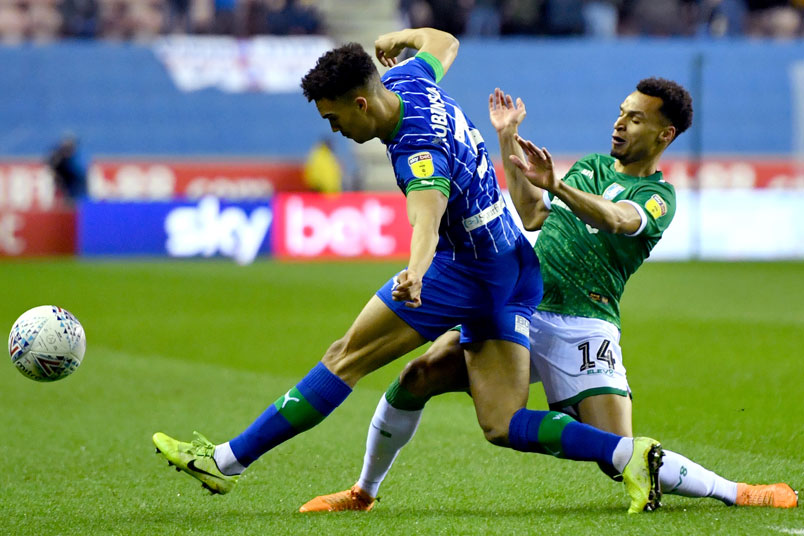 Wednesday’s soccer news starts with the USMNT players in action in England, Spain, Germany, and Mexico. In the Championship, Antonee Robinson’s Wigan Athletic beat Sheffield Wednesday 2-1 at home. Trailing from the 32nd minute, Kieffer Moore equalized in the 56th. Wigan’s Jamal Lowe scored their winner in the 90th minute.

“We’ve got to keep believing and get the amount of points we’re going to need to keep us in the division,” Wigan manager Paul Cook said. “We’ve got something to focus on and to fight for, everyone has seen the desire in the dressing room tonight.”

“We just needed to show more quality in the final third,” QPR manager Mark Warburton said. “I thought we had enough of the ball in dangerous areas but our movement could have been better and I thought our final ball lacked a bit of guile. You have to get your rewards. You can’t talk about how well you played if you don’t put the ball in the back of the net.”

Eric Lichaj’s Hull City lost 2-1 at home to Huddersfield Town. Falling behind in the 24th, Hull City equalized in the 66th minute through an own-goal. Huddersfield scored again six minutes into stoppage time. Matt Miazga wasn’t in the squad for Reading’s 1-0 home loss to Bristol City. The game’s only goal came in the 62nd minute. Miazga is recovering from an ankle injury.

Duane Holmes assisted on Wayne Rooney’s opener in Derby County’s 3-2 loss at Luton Town. Rooney put Derby up in the 63rd minute. Luton Town equalized in the 67th and went ahead in the 73rd. Chris Martin equalized for Derby in the 85th but an own-goal put Luton Town up for good a minute later. Derby’s Max Lowe saw red in the 88th minute.

In League One, Matthew Olosunde subbed on in the 89th minute for Rotherham United in a 1-0 home win over Ipswich Town. Richard Wood scored in the 42nd minute.

Shaq Moore’s Tenerife exited the Copa del Rey on penalties in the round of 16. Tenerife drew 3-3 at home with Athletic. Playing a man up fro, the 2nd minute, Joselu converted a Tenerife penalty in the 8th.Athletic equalized in the 17th with Joselu converting another penalty in the 21st minute. Athletic leveled the score in the 54th to send the game to extra time. Moore picked up a yellow card in the 92nd minute with Tenerife’s Carlos Ruiz seeing red in the 94th. Dani Gomez scored for Tenerife in the 105th. Athletic equalized in the 118th. Moore hit the frame with Tenerife’s last penalty attempt with Athletic advancing 4-2.

Julian Green saw yellow in the 29th and subbed out in the 32nd in Furth’s 3-0 home win over St Pauli in the 2.Bundesliga. Branimir Hrgota scored in the 43rd with Jamie Leweling doubling the lead in the 86th. Daniel Keita-Ruel scored two minutes into stoppage time. Rubio Rubin subbed out in the 85th minute for Dorados in their 1-0 second-leg loss to Chivas in the Copa MX round of 16 to even the series at 2-2. The goal came in the 24th minute. Dorados advanced 6-5 on penalties.

MLSsoccer’s Matthew Doyle previews Saturday’s USMNT vs Costa Rica friendly. American Soccer Now’s Brian Sciaretta asks what the USMNT can get out of the friendly. The Columbus Dispatch’s Michael Arace reports that the Columbus Crew might rebrand when they move to their new stadium next season. The Atlanta Journal Constitution’s Doug Roberson with United coach Frank de Boer talking about improving his squad.

SI.com’s Jonathan Wilson sides with Jurgen Klopp over plans to field a weak squad in an FA Cup replay. DFL on goal scoring in the Bundesliga.