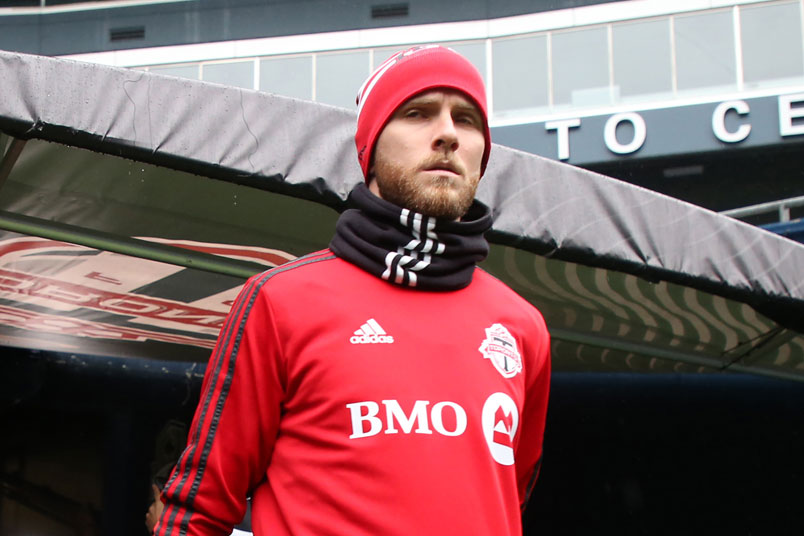 By Jason Davis – WASHINGTON, DC (Jan 22, 2020) US Soccer Players – Now that all 26 MLS clubs are underway with preseason camp, it’s worth taking stock of where they are right now. Late winter is the season of perpetual hope. MLS works hard to make sure no group of fans is without some reason to believe that their beloved side might make a surprise run to a final in any given year. The odds of a championship are shorter for the best teams from 2019. That doesn’t make them the only ones with a realistic chance at the trophy.

Player movement during the primary transfer window informs a lot of the thinking around who will, and won’t be, standing come November. An explosion of spending, particularly on Mexican players and players from Mexico’s Liga MX, is the dominant league-wide story as camps open. With that in mind, any list of the league’s most interesting teams as camp opens must begin with the LA Galaxy.

After two years surfing the stardust of Zlatan Ibrahimovic, the Galaxy faced 2020 without a marquee name and top-rate forward. LA’s quest to get better couldn’t start without someone to step in for Zlatan. Because of the Galaxy’s history of signing famous players, not just any name would do.

LA knew they would have to pay handsomely for the right player. On Tuesday, a move for Javier “Chicharito” Hernandez became official that will cost the club a reported $9.4 million fee and more than $6 million a year in salary. Chicharito fills the void left by Ibrahimovic, both in terms of star power and goal scoring. With apologies to Zlatan, he might also be at the same level of star power in Los Angeles.

The Galaxy will be fascinating to watch this season. Chicharito steps into Ibrahimovic’s role with the same problem. All of Zlatan’s goals almost covered up a porous defense. Off the field, Chicharito is not the marquee player with the club looking to capitalize on his immense marketing potential. The money will intensify the spotlight on Chicharito, who hasn’t scored more than nine goals in a season since 2016-17 in Germany. Meanwhile, the club has made just one defensive acquisition on the offseason. Right now, they’re heading into the new campaign without much improvement in that area. If things stay as they are, Hernandez will need to earn his salary and then some.

On paper, Atlanta United had less work to do in the winter to get ready for a new season. Despite elevated expectations, the 2018 MLS Cup champions looked ready to build off a 2019 campaign that ended at the conference semifinal stage. Coach Frank De Boer eventually turned United into a defensive powerhouse that got by on the back Josef Martinez’s goalscoring and a sprinkling of contributions for others.

What no one expected coming off of the loss to Toronto in 2019 was a drastic overhaul of the roster. Michael Parkhurst’s retirement was out of the club’s control, but other moves surprised. The team dealt Darlington Nagbe to Columbus, perhaps at the midfielder’s request. Then they sold center back Leandro Gonzalez Pirez to Club Tijuana.

MLS budget rules make holding on to veteran players like Nagbe and Gonzalez Pirez difficult and their departures explainable. Atlanta’s decision on Tuesday to trade winger Julian Gressel to conference rival DC United for a return of up to $1.1 million in allocation money is a tougher sell. Gressel was under contract with Atlanta for the 2020 season.

Gressel was due for a pay raise in his next deal. The protracted negotiations with Atlanta over that new contract threatened to spill into the Five Stripes 2020 season. Atlanta didn’t get better by trading a player who did so many jobs well for the club over the past three seasons. They did get money to reinforce a roster now in flux.

The work of Carlos Bocanegra and De Boer in remaking a team that was already one of the most talented in the league naturally opens up Atlanta United to scrutiny. As one of Major League Soccer’s flashiest clubs, United is near the top of the intrigue meter as the new season gets underway because of a seachange of its own making.

Meanwhile, the team that ousted Atlanta at Mercedes-Benz Stadium and won the Eastern Conference in the process got a lot more interesting. On Monday, we learned that midfield leader Michael Bradley would miss four months of the season due to ankle surgery.

It was the timing of the surgery and the revelation that Bradley suffered the injury in the MLS Cup final that raised eyebrows both inside and outside of the Toronto FC locker room. The Reds climb back to the top of the Eastern Conference after a disastrous 2018 League campaign felt like a return of an ambitious club to their rightful place.

Bradley’s injury heaps massive pressure on those players that will fill in for him. Toronto coach Greg Vanney now has to work to cover for Bradley’s many contributions. It also sparked controversy within the team.

Toronto forward Jozy Altidore spoke out about Bradley’s situation, stating his opinion that the club mishandled Bradley’s diagnosis. Altidore pointed to a troubling record with injuries at TFC, saying that Bradley was let down by the club. To call this development a complication for Vanney and his staff is something of an understatement. While no one should expect Altidore and his teammates to be anything but professional, morale is a slippery problem if there distrusts in the relationship between the players and the training staff.

As the league’s biggest-spending club in recent season, Toronto usually makes a few moves in the offseason. Bradley re-signed with the team as a TAM-contract player, meaning TFC now has an open Designated Player slot. So far, Toronto has left that slot open. General manager Ali Curtis spoke to reporters in December and identified winger as the likely position for a new high dollar acquisition. If negotiations are ongoing with a target, it’s a well-kept secret.

It’s worth asking if Bradley’s injury and protracted absence will force Toronto to consider other areas of the field as they search for a DP signing. It’s also worth asking if the right player could join on a short timeline, with the season five weeks away.

If no new holding midfielder is incoming, the role likely passes to 21-year-old Canadian Liam Fraser. Fraser deserves more playing time, but it’s a lot to ask the homegrown signing to step in for Bradley. Vanney’s job won’t be easy. With an aging squad rich in top-level talent and lacking depth across the field, the defending Eastern Conference champions will be a fascinating team to follow during the runup to the season.