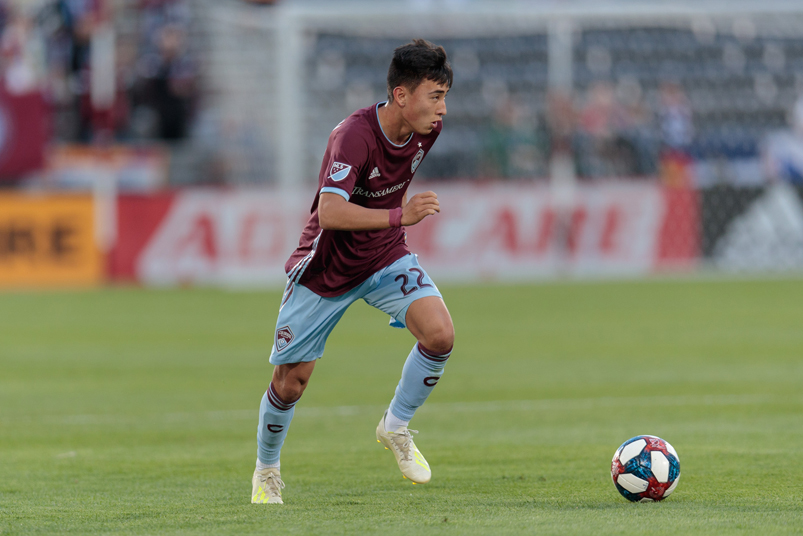 By Clemente Lisi – NEW YORK, NY (Jan 13, 2020) US Soccer Players – Bobby Convey was once the youngest player in MLS history, signing with DC United for the 2000 season when he was just 16. At age 14, Freddy Adu became the youngest American ever to sign a major league pro contract in any team sport, drafted first overall by DC United back in 2004. That same year, Adu made his debut as a second-half sub, making American sports history as the youngest player ever to appear in a professional game. Two decades later, age isn’t an issue in MLS.

About a dozen players age 16 or younger have signed with MLS teams this winter, and more are likely to follow. The growth of the academy system, Homegrown Player Rule, MLS partnerships with USL clubs, and fewer players opting to play in college have all contributed to this growing trend. Teenagers have traditionally signed pro contracts in Europe and South America. MLS teams are increasingly following suit as soccer continues to grow into a major sport in this country.

These young players are domestically-developed stars that could make an impact in MLS as early as this spring. This runs contrary to other American leagues. The NBA, for example, has been contemplating changing the league’s age-limit entry rule, which is 19. The NHL’s age limit is also 19, while Major League Baseball’s is 18 for Americans and 17 for internationals. It’s not surprising since basketball has a robust college season, while hockey and baseball have extensive minor-league networks.

In November, the San Jose Earthquakes signed 14-year-old goalkeeper Emmanuel Ochoa to a Homegrown Player contract, making him the second-youngest player in league history behind Adu. Ochoa, who is Mexican-American and hails from Salinas, CA, represented the USMNT at the Under-14 and U-15 levels. The Ochoa signing came on the heels of the Earthquakes signing 16-year-old defender Casey Walls, also to a Homegrown Player contract. Ochoa and Walls are part of five players the Quakes have under the age of 18, which also include defender Jacob Akanyirige (age 17), midfielder Gilbert Fuentes (17), and striker Cade Cowell (16).

Let’s put the Ochoa signing into perspective. Striker Robbie Robinson, who won the Hermann Trophy as the NCAA’s best player this season, turned 21 this past December. Chosen first overall by Inter Miami in the SuperDraft last Thursday, Robinson is seven years older than Ochoa. While not all the teens signed to contracts will pan out, it’s equally true that draft picks, especially in MLS, have had a spotty track record of success.

The MLS SuperDraft hasn’t traditionally produced the type of talent that has helped teams win championships. That has forced teams to scout for players elsewhere. While drafted players average about 20 years in age, Homegrown Players trend younger. Homegrown Players have gone on to have remarkable careers like DeAndre Yedlin, Matt Miazga, Tyler Adams, and Alphonso Davies. All four started in MLS and went on to play for clubs in Europe.

Adu, who had been courted by Inter Milan at the time, made headlines around the world after he signed with DC United and was even featured in a soda commercial with Pele. Ochoa’s signing seemed like business as usual. It’s an indication of how commonplace it has become for teenagers to sign with MLS clubs. The league has understood the importance of such signings, even downgrading the SuperDraft from a public event with fans tied to the annual United Soccer Coaches convention to a conference call.

At a time when MLS teams are seeing the value of paying for higher transfer fees, signing teenagers comes relatively cheap. It also allows teams to have a bigger hand in developing players. That’s something that doesn’t happen when signing a 21-year-old college player who spent four years playing Division I ball. That’s where soccer differs from other North American pro sports.

Last season, several teenagers stood out. Homegrown players, as Commissioner Don Garber recently noted in a letter to fans to start the new year, “produced more goals, assists and minutes played than in any other year in MLS history.” Among the most notable teens in 2019 were FC Dallas midfielder Edwin Cerrillo and Colorado Rapids defender Sebastian Anderson. Sporting directors and managers alike are seeing the value in adding young players.

Ochoa’s signing means the Earthquakes enter the 2020 season with a total of eight Homegrown Players on its 32-man preseason roster, trailing only FC Dallas, Toronto FC, and Real Salt Lake. No other team in MLS has more than two players age 18 or younger currently under contract. That could soon change as teams leverage their scouts and USL ties to sign teenagers, downgrading the draft even further when it comes to filling out rosters ahead of a new season.