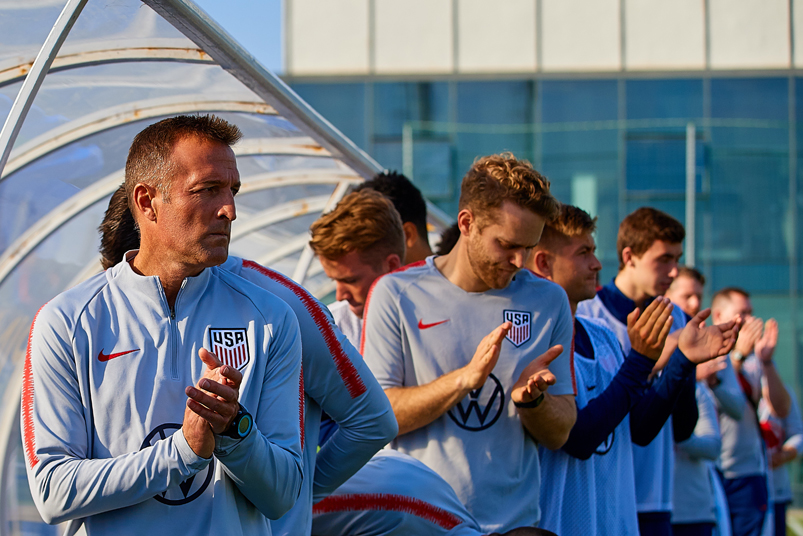 The soccer news starts with an interesting scenario for the USMNT U-23s as they try to qualify for this summer’s Olympics in Tokyo. Concacaf has two spots in the Olympics, running the qualifying tournament from March 20 through April 1 at Guadalajara’s Jalisco and Akron stadiums. The eight-team field is split into two groups of four, with the top two from each group advancing to the semifinals. The final is irrelevant for Olympic qualifying purposes, with both finalists advancing. The problem is who else is in Group A with the United States. Namely, Mexico and Costa Rica along with the Dominican Republic. It’s been 12 years since the United States qualified for the Olympic men’s soccer tournament.

Group A opens for the USA against Costa Rica on March 20. They play the Dominican Republic on March 23 before closing out the group against Mexico on the 26. The semifinals are on March 30 with the group A winner playing the 2nd-place team from group B and the group B winner playing the 2nd-place team from group A. Honduras, Canada, El Salvador, and Haiti are in group B, with a clear path for two out of the group A three of Mexico, Costa Rica, and the USA to take the qualifying spots.

Concacaf had work to do figuring out the latest version of qualifying. In 2016, they had 2.5 places with Honduras and Mexico advancing directly and the United States finishing third. That meant a Concacaf vs Conmebol playoff for the final spot that the USA lost 3-2 over two-legs to Colombia. Mexico didn’t get out of their group with Honduras losing in the semifinals to Brazil at the Rio Olympics. In 2012, the United States didn’t get out of the group with Honduras and Mexico advancing. Mexico went on to win gold at the London Olympics. In 2008, it was Mexico not getting out of their qualifying group and the USA losing to Honduras in the final. Neither Concacaf representative made it out of their group at the Beijing Olympics.

What that means is pressure for US Soccer and U-23 coach Jason Kreis trying to navigate Olympic qualifying. Kreis will mark a year in charge the day before the USA opens their qualifying schedule, an interesting position considering the age of the players involved and getting games at U-23 level. Several senior national team players are U-23 eligible, but the demands of club and country limit availability for what amounts to a specialty tournament. The Olympics provides the reason for U-23 soccer, but even that isn’t straightforward. Allowing three over-age players for teams that qualify changes the complexion of the squads.

Since Kreis took over, the U-23s played six games with four of them part of international tournaments in San Pedro del Pinatar, Spain in March and the Canary Islands in November. It’s tough to take a lot from any of those performances based on a combination of player availability and strength of opponent. It’s those unknowns hampering the push to qualify for the Olympics. The international release window is March 23 through the 31, but clubs aren’t obligated to send players. The senior USMNT will be in Europe during that window.

Using the Olympics as a barometer for the larger program is also tricky. Winning changed nothing for Mexico’s senior squad, still unable to get past the round of 16 at the 2014 and 2018 World Cups. Mexico’s own definition of success at the World Cup is to get to the quarterfinals and beyond. There was no golden generation emerging from winning in London that pushed them forward. That takes absolutely nothing away from winning at the Olympics, but it’s perhaps an unnecessary reminder of the competitive scope of the tournament.

For the USMNT program, it’s the latest opportunity to underline the difference between eras. With former senior USMNT coach Jurgen Klinsmann telling ESPN earlier this week that had US Soccer kept him in the job his version of the squad would’ve gone deep into the tournament in Russia, the program as it stands could use positive news. That means showing that the entire program under sporting director Earnie Stewart and a GM to be hired later is progressing. Playing in the Olympics shows that, especially with a tricky draw and playing in Mexico.