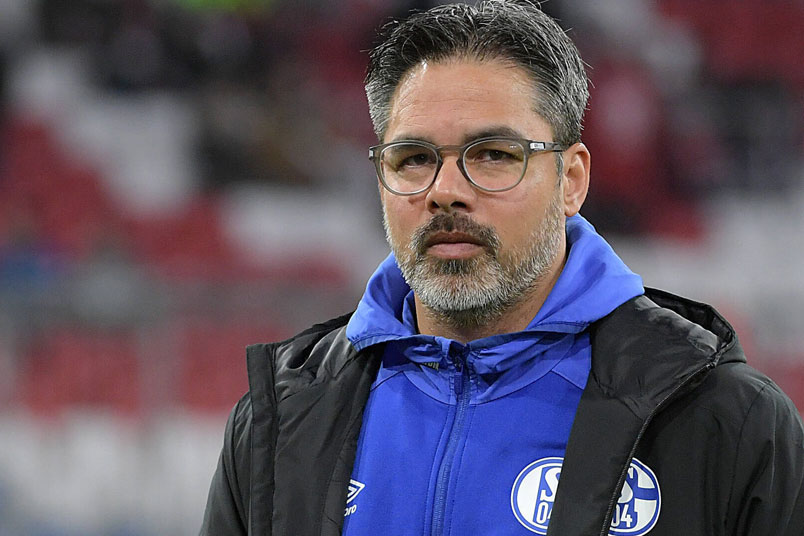 The roundup of USMNT players in Europe and Mexico starts in the Bundesliga where Weston McKennie completed his recovery from a dislocated shoulder. McKennie subbed on in the 80th minute for Schake's 5-0 loss at Bayern Munich. Schalke fell behind in the 6th minute, giving up another goal in first-half stoppage time. Bayern scored in the 50th, 58th, and 89th minutes.

"You need several things to go for you if you want to win in Munich," Schalke coach David Wagner said. "Today none of those things happened. It was a clear and deserved defeat. We didn’t play like we wanted to. Bayern were very impressive and a lot better than us. We’ve said recently that we’re still developing as a side after winning games, so we can still say that after today. We will regroup and improve for the next game against Hertha."

Also in the Bundesliga, Tyler Adams subbed out in the 71st minute for RB Leipzig in their 2-0 loss to Timmy Chandler's Eintracht. Almamy Toure scored in the 48th with Filip Kostic doubling the lead four minutes into stoppage time. Chandler subbed out in the 99th minute. Fabian Johnson subbed out in the 87th minute for Gladbach's 3-1 home win over Mainz. Trailing from the 11th minute, Alassane Plea scored for Gladbach in the 24th and 76th. Florian Neuhaus added a goal in the 88th minute.

Alfredo Morales's Fortuna Dusseldorf lost 3-0 at Bayer Leverkusen. Bayer scored in the 40th and 78th, converting a penalty in the 89th minute. Josh Sargent subbed out in the 66th minute for Werder Bremen's 3-0 home loss to Hoffenheim. An own-goal opened the scoring in the 65th with Hoffenheim adding goals in the 79th and 82nd minutes. Terrence Boyd's Hallescher lost 1-0 at Hansa Rostock in the 3.Liga. Hansa scored in the 64th minute.

DeAndre Yedlin's Newcastle United drew 0-0 at home with Oxford United in the Fourth Round of the FA Cup. Eric Lichaj's Hull City lost 2-1 at home to Chelsea. Michy Batshuayi scored for Chelsea in the 64th with Fikayo Tomori doubling the lead in the 64th. Hull City's Kamil Grosicki scored in the 78th minute. Matt Miazga subbed out in the 66th minute for Reading's 1-1 home draw with Cardiff City. Falling behind in the 5th minute, Yakou Meite equalized for Reading in the 8th. Reading's Tom McIntyre saw red in the 81st minute. Tim Ream saw red six minutes into Fulham's 4-0 loss at Manchester City. Fulham fell behind to an 8th minute penalty with City adding goals in the 19th, 72nd, and 75th minutes.

Lynden Gooch's Sunderland drew 0-0 at home with Doncaster Rovers in League One. Matthew Olosunde subbed out in stoppage time for Rotherham United's 2-1 loss at Peterborough. Rotherham fell behind to goals in the 2nd and 22nd minutes. Michael Ihiekwe scored for Rotheram in the 35th.

Matt Polster subbed on at halftime for Rangers in their 2-1 loss at Hearts in the Scottish Premier League. Ryan Kent put Rangers up in the 47th with Hearts scoring in the 57th and 83rd minutes. Sergino Dest's Ajax lost 2-1 at Groningen. Ajax gave up goals in the 16th and 52nd with Donny van de Beek scoring in the 72nd minute. Ajax is on 47 points, three ahead of AZ after 20 games. Tyler Boyd subbed out in the 68th minute for Besiktas in their 2-1 loss at Goztepe in the Super Lig. Trailing from the 25th minute, Burak Yilmaz equalized from the penalty spot in the 38th. Goztepe scored again in first-half stoppage time.

Shaq Moore subbed on in the 56th minute for Tenerife's 0-0 draw at Las Palmas in the Segunda Division. Andrija Novakovich's Frosinone shutout Ascoli 1-0 away in Serie B. Nicola Citro scored in the 54th minute. Rubio Rubin subbed out in the 78th minute for Dorados's 3-0 home loss to Correcaminos in the Ascenso MX.