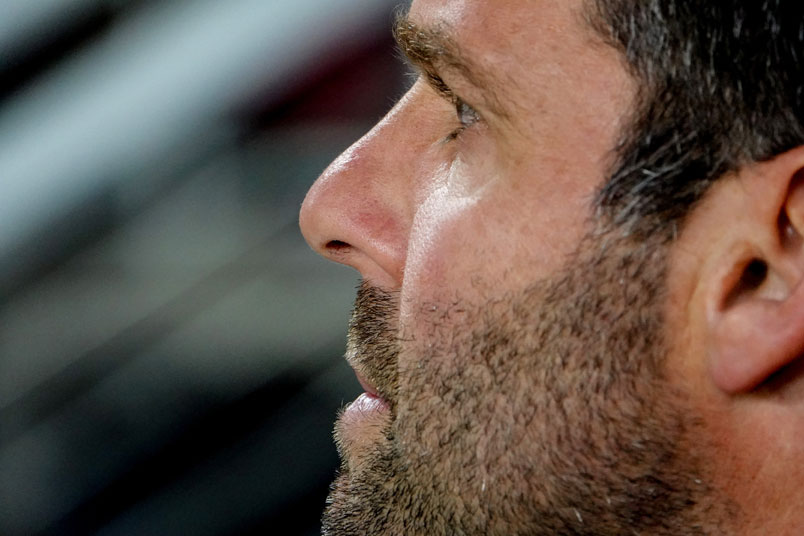 By Clemente Lisi – NEW YORK, NY (Feb 10, 2020) US Soccer Players – Coaches in MLS have come and gone over the past decade. Some lasted a few years, others even less. It is a trend throughout soccer. Impatient clubs dump a coach in the hopes of finding another who can turn the team around. It’s always cheaper to change the coach than the entire squad, even if the problems run deeper than the technical staff.

Two former USMNT players are the longest-serving coaches in Major League Soccer. Peter Vermes has been the head coach at Kansas City since 2009. Ben Olsen took the job at DC United a year later. While Vermes has an MLS Cup and two US Open Cups, though there are plenty of examples in this league to show why even that isn’t enough to hold onto a job. Olsen has only a US Open Cup. Instead of titles, he’s led a few rebuilds as DC attempts to regain what it had when Olsen was a player.

DC United has regularly made the playoffs in the Olsen era, but has not been considered an elite side by any means. That begs a few questions. Why has Olsen been able to stay on as coach for so long? Why has he been largely unsuccessful in trying to win a championship? What other factors have played out in the nation’s capital that have largely hindered Olsen’s success?

As these questions show, Olsen’s tenure at DC United has had its issues. The former midfielder played for DC United from 1998 to 2009, with the exception of just one season when he went out on loan to Nottingham Forest.

In 2010, in his first season as coach of the team, Olsen told me, “Of course, it has meant a lot to me to be part of this organization. It has been a wonderful feeling. It has been like a second family for me. I have been very lucky to play here since college. This is just a great club.”

Olsen started that 2010 MLS season as an assistant, making the transition from player to coach. He took over as interim coach just 18 games into that season, eventually getting the full-time job. He’s held it ever since. Olsen has a 111-128-78 record over nine seasons in charge. The 42-year-old is the longest-tenured coach in DC United’s 25-year history. The team has made the playoffs six times over that span, including five of the last six years. In 2014, he won MLS Coach of the Year after DC United finished first in the Eastern Conference. That same season, the team reached the conference semifinals.

He saw DC through the down years at the end of their tenancy at RFK Stadium. He survived more than one front office shakeup that has left the team without a lot of links to their glory years. It was Olsen in charge of the team that opened Audi Field, a soccer-specific moment that seemed highly unlikely in concept, much less execution only a few years earlier.

Tactically, Olsen is defense first. His offense normally relies on a star player able to take a game over. That was Wayne Rooney the last couple of seasons. What the team has lacked has been a possession game. Even while posting wins, it wasn’t uncommon for DC United over the last few years to finish a game with a possession rate of just 30%.

Like many MLS teams, Olsen likes to employ a 4-2-3-1 that often morphed into a 4-4-1-1. The strong defense comes from the skill of goalkeeper Bill Hamid, one of the best in the league. Thanks to lots of man-marking, DC United relied on those few creative dribblers to move the ball forward and trigger an attack. This season it will likely rest on the abilities of Edison Flores. He’ll get help from the talented Paul Arriola, flourishing under Olsen.

It’s worth noting that midfielders Luciano Acosta and Lucas Rodriguez left the club this winter. While Olsen’s counterattack has had issues in the past, the aim this season is to grow the midfield into a successful unit. Possession and accurate passing will matter if this is a team that wants to compete for more than just a playoff spot. The 25-year-old Flores will be a Designated Player and make up for Rooney’s departure.

“He’s a guy that we envision giving a little bit of freedom in the center of the park,” Olsen told MLSsoccer.com in regards to Flores, “but also with the understanding that he’s got 50-something games with Peru out wide. And he’s able to bring some different qualities to the game when he’s in that position but equally as effective.”

Flores, like Arriola, is a two-way player. That helps the club try to boost its possession game. Tactics aside, Olsen has an uphill battle this season. No team makes changes on its own. Other teams are trying many of the same things. MLS may not want its teams competing for the same players on the open market, but MLS shares ideas for what will work given the roster constraints. At 26 teams, that means 25 direct competitors all trying to make it work this season. DC is looking for a breakthrough. That’s been the situation for Olsen more often than not over all of these seasons at United.