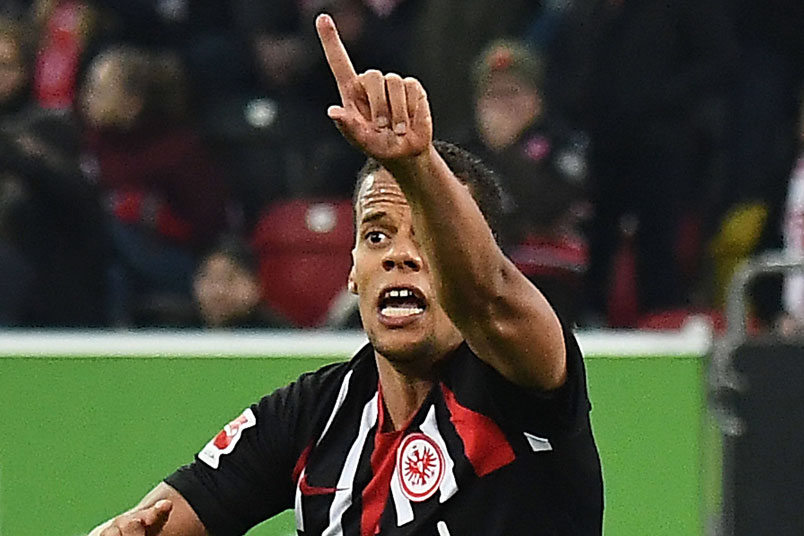 Timmy Chandler is turning into the unlikely offensive threat for Eintracht Frankfurt, scoring again in the roundup of USMNT players in Europe and Mexico. Down a goal from the 78th, Chandler equalized three minutes into stoppage time for Eintracht’s 1-1 draw at Alfredo Morales’s Fortuna Dusseldorf.

“It was certainly a lucky point,” Eintracht coach Adi Hutter said. “I’m happy with how it ended but the performance was not good. Dusseldorf played well with the fresh impetus they had, and showed that they can play good football. That was also largely down to us because we didn’t manage to settle the game down. In our situation it’s important to pick up a point even when we play badly. We’ve already shown we can do much better. There are always games in the Bundesliga that don’t reflect the table, like our win last week against Leipzig.”

Also in the Bundesliga, Weston McKennie subbed out in the 89th minute for Schalke’s 0-0 draw at Hertha BSC. Tyler Adams subbed out in the 69th minute for RB Leipzig in their 2-2 draw with Fabian Johnson’s Gladbach who subbed on in stoppage time. Alassane Plea put Gladbach up in the 24th with Jonas Hofmann doubling the lead in the 35th. Patrik Schick pulled a goal back for Leipzig in the 50th. Plea saw red in the 60th minute with Christopher Nkunku equalizing in the 89th.

Josh Sargent subbed out in the 87th minute for Werder Bremen’s 2-1 loss at Augsburg. Werder went up from a 23rd minute own-goal with Augsburg equalizing in the 67th and scoring again in the 82nd. Terrence Boyd’s Hallescher lost 4-3 at home to Viktoria Koln in the 3.Liga. Trailing from goals in the 6th and 49th minutes, Sebastian Mai scored for Hallescher in the 65th with Mathias Fetsch equalizing in the 70th. Vicktoria Koln added goals in the 79th and 83rd with Mai scoring again four minutes into stoppage time.

Matt Polster subbed out in the 83rd minute for Rangers in their 0-0 home draw with Aberdeen. Sergino Dest’s Ajax beat PSV 1-0 at home. Quincy Promes scored in the 35th minute. Tyler Boyd subbed on in the 74th minute for Besiktas’s 2-1 win at Rizespor. Burak Yilmaz put Besiktas up in the 29th with Rizespor equalizing in the 36th. Gokhan Gonul scored in the 79th minute.

Ventura Alvarado’s Necaxa shutout Puebla 2-0 at home. Mauro Quiroga scored in first-half stoppage time with Diego Collins doubling the lead in the 60th. In the Ascenso MX, Rubio Rubin subbed out in the 60th minute for Dorados in their 2-1 loss at Atlante. Down from goals in the 68th and 73rd minutes, Carlos Lopez scored for Dorados in the 81st.