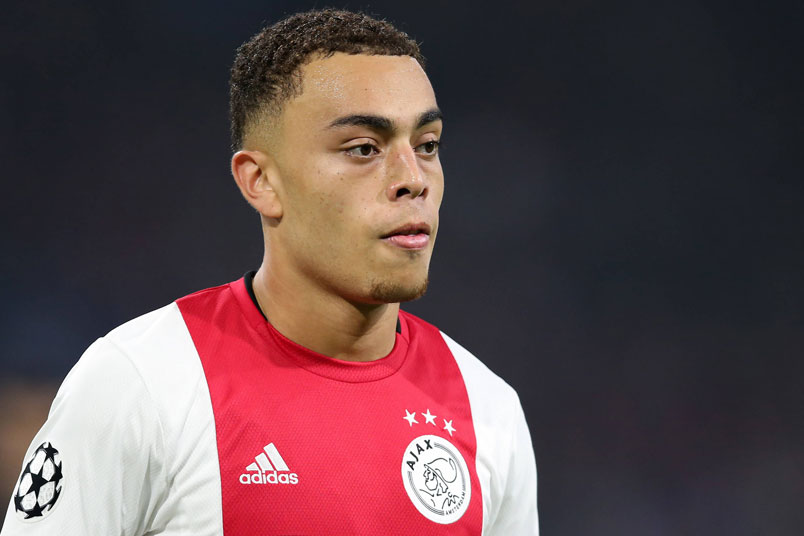 Thursday's soccer news starts with the Dutch Cup. Sergino Dest's Ajax beat Vitesse 3-0 away to advance in the KNVB Beker. Ryan Babel put Ajax up in the 32nd minute with Ryan Gravenberch scoring in the 76th. With Vitesse going a man down in the 83rd, Dusan Tadic converted an 85th minute penalty. Ajax will play the winner of Go Ahead Eagles vs FC Utrecht in the semifinals.

Matt Polster wasn't in the squad for Rangers in their 2-1 loss at Kilmarnock in the Scottish Premier League. Scott Arfield put Rangers up in the 32nd minute with Kilmarnock equalizing in the 77th and going ahead for good in the 88th. Ethan Horvath was on the bench for Club Brugge's 0-0 draw at Standard Liege in the Pro League.

In the Championship, Tim Ream's Fulham drew 1-1 at Millwall. Aleksandar Mitrovic scored for Fulham in the 3rd minute with Millwall equalizing in the 7th. Both teams finished with two shots on goal. Luca de la Torre wasn't in the squad for Fulham.

"It's obvious. It was clear as day. There's two players offside," Fulham coach Scott Parker said. Who it comes off, maybe that's in question, but it's such a big call in that moment. Science tells you that Millwall are shooting that way and the ball goes towards the goal. One thing we can categorically say is that there's two players offside at that moment. I probably would sit here and say that, but I think anyone would."

Matt Miazga's Reading lost 2-1 at West Brom. Reading's George Puscas converted an 11th minute penalty with West Brom equalizing in the 26th and scoring again in the 49th. Cameron Carter-Vickers was on the bench for Luton Town's 1-0 home win over Sheffield Wednesday. James Collins scored in the 23rd minute.

Duane Holmes's Derby County lost 3-2 at Bristol City. Trailing by goals in the 38th, 44th, and 58th minutes, Martyn Waghorn scored for Derby in the 61st. Chris Martin cut the lead to one in the 82nd minute. Derby County is 13th in the Championship table with 43 points from 32 games.

"It's disappointment that we have at the moment, and the fans feel it also," Derby County manager Phillip Cocu said. "We are really close to getting another result in an away game. I believe that if you play football in this way then you are close to getting your results. Set pieces are a very important part of football, and if you look at our season it hurts us a lot."

Also from the Championship, Hull City manager Grant McCann said that Eric Lichaj's ligament injury will likely cost him the rest of the Championship season. "Eric and Herbie (Kane) going to be out for the foreseeable future, at least two or three months which means they're probably going to miss the rest of the season. They've both torn ligaments in their ankles. It's exactly the same injury, which is bizarre. It is two blows for us. I think both are going to get a second opinion from a specialist. But it is very unlikely we will see them again this season."

Rubio Rubin wasn't in the squad for Dorados's 0-0 home draw with Juarez in the first-leg of their Copa MX quarterfinal series. Juarez hosts Dorados on February 19.

All links are provided as a courtesy. US Soccer Players nor its authors are responsible for the content of third-party links or sites. For comments, questions, and concerns please contact us at