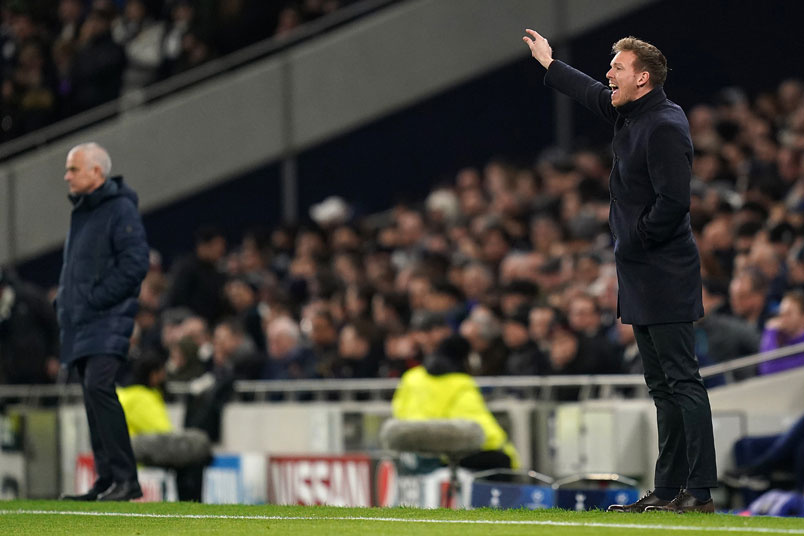 Thursday's soccer news starts with RB Leipzig beating Spurs 1-0 at Tottenham Stadium to open their Champions League round of 16 series. USMNT player Tyler Adams was unavailable due to a muscle strain but is expected back well before the home leg on March 10. Timo Werner converted a 58th minute penalty for the game's only goal. Both teams finished with five shots on goal, but RB Leipzig held the advantage in possession with 57% and passing accuracy at 84% to Tottenham's 79%. The big takeaway from the game was an RB Leipzig team that looked in control for long stretches in London.

"We deserved to win," RB Leipzig coach Julian Nagelsmann said. "We even had the chances to win by more, which would have been great, but with all things considered – particularly that it's the first ever Champions League knockout game for most of these players – we can be happy with the performance. Our game plan worked well and we were able to implement our ideas. Hopefully we can play just as well in three weeks' time with some more courageous, attacking and confident football."

Spurs manager Jose Mourinho responded to the first-leg deficit as you'd expect. "1-0 is 1-0, it's not 10-0, the result is open, it's as simple as that," he said. "We wouldn't be the first team to lose a game at home 1-0 and to win the tie away. Why shouldn't we believe? The thing that keeps me confident is the spirit, the mentality of my players. It's what they are not just as players, but especially what they are as guys, as a group, a fantastic group of players. One thing I can guarantee, because this is the mentality of my players, is that we are going there to fight to our limits."

Moving to the Concacaf Champions League round of 16, Montreal drew 2-2 at Saprissa. The Impact took a 2-0 lead with goals from Orji Okwonkwo in the 12th minute and Romell Quioto in the 22nd. Saprissa came back with goals in the 80th and 90th minutes. The series concludes on February 26.

"It’s not a bad result, and it was a good fight," Montreal coach Thierry Henry said. "Unfortunately, we lost players at the beginning of the game and we had to adjust. They also adjusted to us in the second half. With the quality they have in midfield, the way they were putting the ball inside and the way they were passing the ball in the second half, they were making us run and it became difficult. We played the first-half very well and they played a very good second-half."

Rubio Rubin was on the bench for Dorados in their 3-0 Copa MX quarterfinal loss at FC Jaurez who advanced by the same score on aggregate. Dorados gave up goals in the 11th, 18th, and 42nd minutes. Jonathan Amon wasn't in the squad for Norsdsjaelland's 6-0 home win over Horsens in the SAS-Ligaen. Isaac Atanga opened the scoring in the 9th minute with Tobias Damsgaard doubling the lead in the 38th. Mikkel Jensen converted a 56th minute penalty with Mohammed Kudos making it 4-0 in the 64th. Oliver Antman scored in the 75th with Horsens giving up an own-goal in the 86th.

A look at the four teams that won both of their opening games and which of them might be in contention for the 2020 MLS Cup once the season resumes.