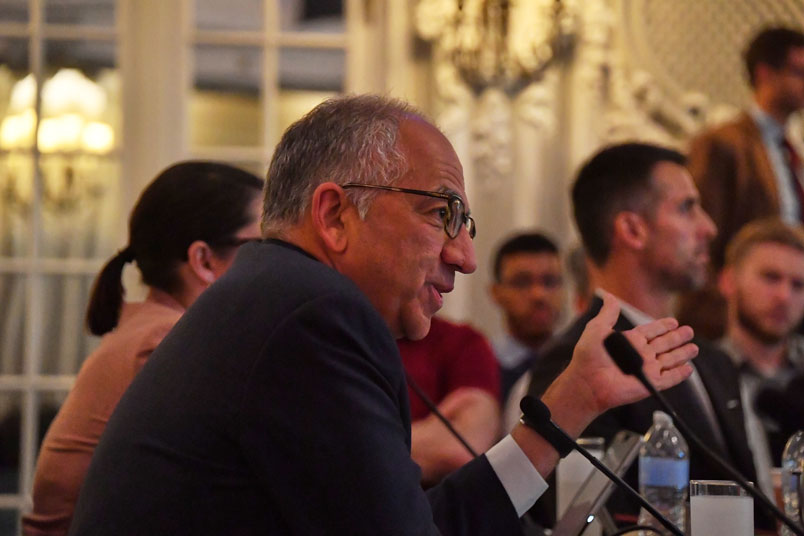 By Charles Boehm – WASHINGTON, DC (Feb 13, 2020) US Soccer Players – The US Soccer Federation gathers its membership and executives in Nashville this weekend for its 2020 annual general meeting. A vice-presidential election, some rules and policy proposals, and the usual business review and approval of the budget are the main items on the agenda. Beyond that, it’s also a moment to reflect on the organization’s wider progress as president Carlos Cordeiro reaches the halfway point of his first term in office.

Many of the American game’s insiders will be in Music City for the occasion. As is often the case, some of the most significant conversations are just as likely to unfold outside the formal setting of the National Council Meeting on Saturday morning and assorted committee gatherings.

After taking over the role from Cordeiro following his elevation to the top spot, Cindy Parlow Cone is now seeking to win a full four-year VP term of her own. The retired USWNT player faces only one challenger. US Adult Soccer Association chief John Paul Motta, who previously served as VP two decades ago. With Cone generally well liked and expected to retain the support of the powerful Athlete and Pro councils, Motta is a pronounced underdog in that race.

Cone is one of several former national teamers to take up a prominent USSF role during Cordeiro’s tenure, with Earnie Stewart, Kate Markgraf, and Brian McBride among those also stepping on board. That trend seems to reflect Cordeiro’s stated aim of elevating “soccer people” to make “soccer decisions.” That’s smart optics, and politics, on his part. That said, with much of their work built around impending World Cup cycles and even longer timelines, it may take years to judge whether it’s worked, and what sorts of accountability may follow.

Results on the field, especially the USMNT’s 2022 qualifying campaign and the USWNT’s gold-medal hunt at this summer’s Olympics, will surely color perceptions of Cordeiro’s success and his ensuing prospects for re-election. Navigating a path to improved labor relations with both could also be critical, with the Fed’s rancorous handling of the women’s push for greater compensation equity rumbling on and a desire for more amenable CBA agreements made clear by the players. Also key, how Cordeiro and the board of directors handle the still-vacant CEO position and the internal issues that it’s brought to light in recent months.

Dan Flynn left that post, the highest-ranking full-time position in the federation, in September after some 20 years on the job. Chief commercial and strategy officer Jay Berhalter announced he was also leaving the organization earlier this month.

All that is a subtext of the AGM agenda, where new budgets seek increased spending on staffing, coaching, and office space, for example. The organization’s steady expansion has left its Soccer House headquarters in Chicago bursting at the seams.

“We know we need to do better, and we’re moving ahead with a series of reforms all aimed at improving the work environment: working on improved communication, adopting more flexible work policies, and relocating the headquarters into a more modern workspace to accommodate the evolving needs of our growing staff,” writes Cordeiro in his introduction letter.

Could the long-range vision of a new national headquarters and training center, most likely a nine-figure capital investment, be pushed up by necessity? How would it be paid for without siphoning resources from existing areas of need? Add in the revelation from December’s USSF board meeting that various litigation has led to a tripling of its annual legal expenses up to a whopping $9 million, and you have the potential for some pointed inquiries and debates this weekend.

Budgeting is another key area where Cordeiro may need to show his leadership skills. As many fans have agitated for, the federation is in the midst of a five-year plan to use the hefty surplus reaped by the windfall from hosting the 2016 Copa America Centenario. It projects deficits of $20.3 million in 2020, $27.5 million in 2021, $29.7 million in 2022, and $32.3 million as it seeks to invest in on-field performance across the board.

It’s hoped that this will help not only in terms of competitiveness but also at the bank. With a range of commercial partnerships coming up for renewal in the coming years, success on the field would help on the business side. Further in the distance, the potential watershed of the 2026 World Cup looms as well.

Amid all this, USSF leadership must keep in touch with its rank-and-file membership. Many of its members harbor simmering concerns about rising costs and stagnating participation levels. Member organizations have submitted various proposals to:

How leadership addresses those asks, not only in terms of whether they’re adopted but also in tone, could provide us with some timely clues as to just how much is really changing at US Soccer.