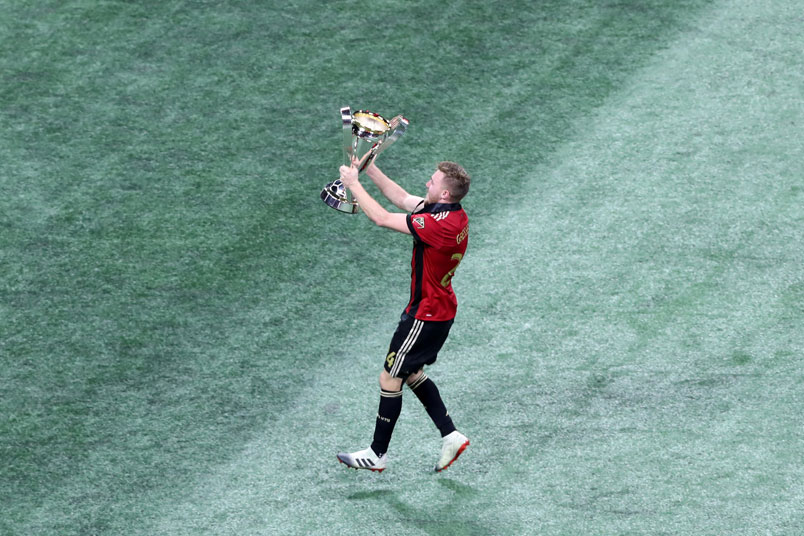 Expansion teams have typically had a tough go at it in North American sports. In MLS, the gold standard remains the Chicago Fire, winners of the MLS Cup and US Open Cup under coach Bob Bradley in their first season back in 1998. Since then, MLS has added 16 teams. What was once a 10 team league now has 26 clubs with more on the way.

Nashville and Miami can certainly learn from the pluses and minuses of past expansion clubs. Add to that tactical trends that MLS witnesses in 2019, and there are a plethora of playing styles for Nashville and Miami to emulate by the time they are playing games that count.

Let’s start with what worked for past expansion sides. The Fire, back in ’98, used a 4-3-3. The tactical naivete that highlighted play in the league since its inaugural season just two years was already on the way out. Bradley built a strong squad that had solid defending. With four in the back, anchored by center backs Lubos Kubik and Francis Okaroh, the Fire conceded 45 goals in 32 regular-season games.

While that seems like a lot, consider that it was the second-lowest in the league that season. The Fire, however, are remembered more for their attack and the scoring prowess of captain Peter Nowak, Ante Razov, and Josh Wolff.

There were limitations to what the Fire could do. Though Chicago made it back to the final in 2000, the ’98 win remains the team’s only league title to date. The 4-3-3, while effective in the 1990s, is less used these days. Most MLS clubs employ a 4-2-3-1. That makes the midfield more dynamic and emphasizes play on the wings. It essentially combines the attacking flair of the 4-4-2 and marries it to the midfield stability of a 4-3-3. It’s extremely likely, if current trends persist, that both Nashville and Miami will use the 4-3-2-1 formation this season.

Both of this season’s expansion teams will take more from Atlanta United. They won the 2018 MLS Cup under Tata Martino in their second season in the league. Atlanta’s preferred formation was the 3-5-2. Again, the emphasis was on possession and moving the ball through the midfield by using two wingbacks.

Employing three defenders is also something more teams around the world are doing, primarily with National Teams. It seems like a risky proposition, especially since Martino’s teams very often took a 4-3-3 shape, in a league where defending isn’t a priority. If Bradley’s team had European-style defending and midfield fouling going for it, Martino’s team had South American flair and creativity. Playing timidly isn’t an option for these teams. Defensive tactics don’t work well in MLS. Nashville and Miami need to focus on offense, something they have been doing this winter.

Both are examples of what works based on the personnel a coach has at his disposal. This is something Nashville coach Gary Smith and Inter Miami’s Diego Alonso will need to assess before the season starts on February 29. It’s probable, based on the past and rosters, that Smith goes with a 4-3-3, Alonso with a 4-2-3-1.

New trends within MLS, such as relying on a super-sub and man-marking, could also become weapons for Smith and Alonso as they scout opponents this season. These are trends that are reliant more on talent than tactics. Expansion teams have often not had the means to buy up big-name players or be able to adequately scout talent that will ultimately prove to be successful.

An example of this was last season when expansion side FC Cincinnati, struggled throughout the year. The team finished last in the Eastern Conference and its 6-6-22 record was the worst in MLS. These are often the growing pains that come with playing in MLS the first year for teams with limited resources. Similarly, expansion sides Toronto FC finished with the worst record in MLS in 2007 as did the Vancouver Whitecaps in 2011.

Both Nashville and Miami are expected to do better in 2020. Making the playoffs would be seen as a great achievement. Nonetheless, teams like Atlanta and Los Angeles FC have shown that a club can become a title contender over a span of just a few short years with the right combination of players, tactics and a strong fan base.

While the Chicago Fire side that won it all in 1998 remains the example of ultimate expansion success, it is largely an outlier. What Nashville and Miami need to do is ramp up steadily over the next few years. It’s the more realistic expansion timeline, even if it doesn’t match the quick results of Chicago or Atlanta.