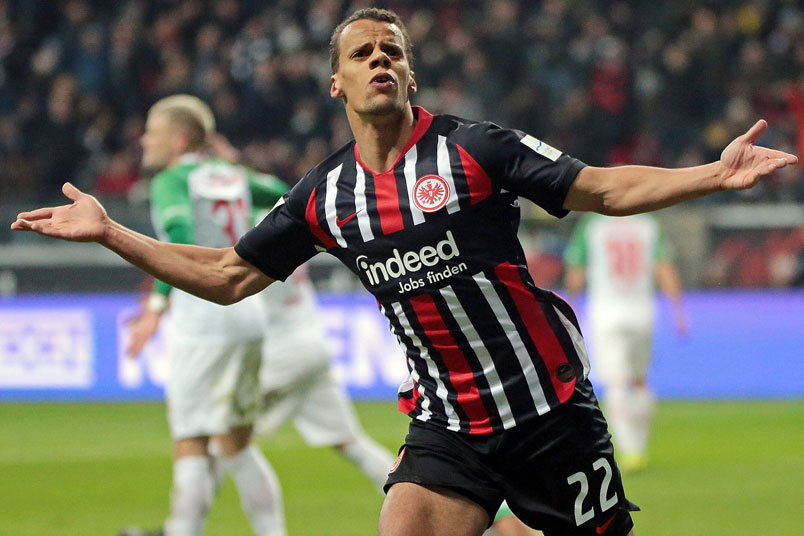 Another week, another standout performance from Eintracht's Timmy Chandler. Moving higher up the field, Chandler scored twice in Eintracht's 5-0 home shutout of Augsburg. Chandler opened the scoring in the 37th minute and made it 2-0 in the 48th. Andre Silva scored in the 55th with Filip Kostic adding goals in the 89th and 90th minutes. Eintracht is 9th in the Bundesliga table.

"It was a perfect Friday evening for us and the fans," Chandler said. "Normally I only manage to score twice per season, but I’ve already got four this year. Hopefully I’ll get a couple more. I’m pleased things are going so well at the moment. I’d mentioned to Filip that it’s difficult to defend balls towards the far post. After going 2-0 up we played well until the end. This proves how hard we worked during the winter break."

Tyler Adams's RB Leipzig drew 0-0 at Bayern Munich. Weston McKennie's Schalke drew 1-1 at home with Paderborn. Ahmed Kutucu scored for Schalke in the 63rd with Paderborn equalizing in the 81st. Alfredo Morales's Fortuna Dusseldorf drew 1-1 at Wolfsburg. Matthias Zimmerman put Fortuna up in the 13th. Wolfsburg went a man down with a red card to Marin Pongracic in the 48th. Renato Steffen equalized in the 50th. Josh Sargent subbed on in the 69th minute for Werder Bremen's 2-0 loss at home to Union Berlin. Werder Bremen fell behind in the 52nd with Union Berlin scoring in the 72nd. Terrence Boyd's Hallescher lost 3-0 at Chemnitz.

Duane Holmes scored in Derby County's 3-2 win at Swansea City in the Championship. Martyn Waghorn scored for Derby in the 8th minute. Swansea scored in the 56th and went ahead in the 58th. Holmes equalized in the 64th with Tom Lawrence scoring in the 80th minute. Eric Lichaj subbed out in the 70th minute in Hull City's 1-1 draw at Reading. Jordan Obita put Reading up in the 56th with Mallik Wilks equalizing in the 82nd. Tim Ream's Fulham won 1-0 at Blackburn Rovers. Cameron Carter-Vickers's Luton Town lost 1-0 at home to Cardiff City to a 73rd minute goal. Lynden Gooch subbed out in stoppage time for Sunderland's 1-0 home win over Ipswich Town in League One. Chris Maguire scored in the 81st minute.

Shaq Moore opened the scoring in the 27th minute for Tenerife's 4-2 win at Extremadura in the Segunda Division. Luis Milla converted a Tenerife penalty in the 39th minute. Extremadura went a man down in the 56th, converting a penalty in the 63rd minute. Daniel Alcon added goals for Tenerife in the 76th and 84th with Extremadura scoring in the 90th. Moore subbed out in the 85th minute. Andrija Novakovich's Frosinone won 1-0 at Venezia. Marcus Rohden scored in the 63rd minute.

Ventura Alvarado'sNecaxa lost 2-1 at Juarez in Liga MX. Claudio Baeza put Necaxa up in the 20th. Juarez equalized in the 9th and went ahead for good in the 48th. Alvarado saw yellow in the 55th minute. Rubio Rubin scored for Dorados in their 1-1 draw at Zacatepec XXI. Rubin scored in the 28th minute with Dorados giving up an own-goal in the 57th. Rubin subbed out in the 73rd minute.