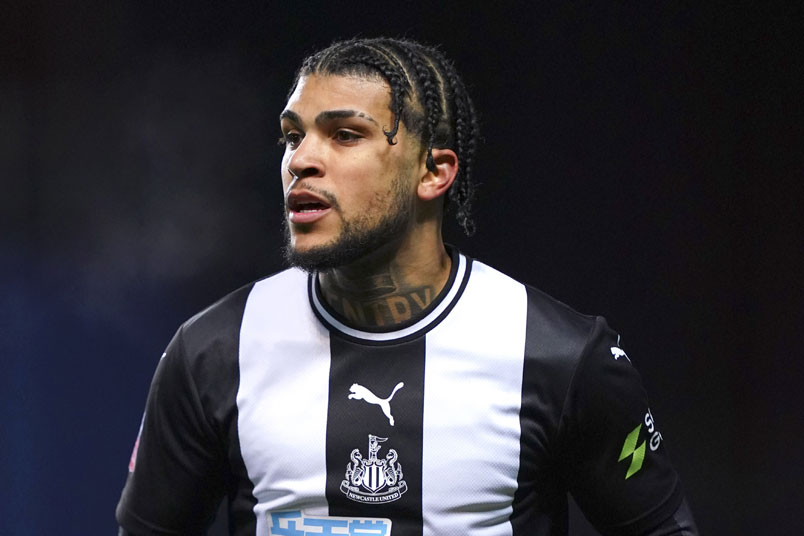 Wednesday's soccer news starts with the FA Cup Fourth Round replay results for USMNT players. DeAndre Yedlin's Newcastle United won 3-2 at Oxford United. Sean Longstaff put Newcastle up in the 15th minute with Joelinton doubling the lead in the 30th. Oxford United pulled a goal back in the 84th and equalized four minutes into stoppage time. With the game in extra time, Allan Saint-Maximin scored for Newcastle in the 116th minute. Newcastle advances to play at West Brom in the Fifth Round with all games scheduled for March 5.

"It was hard work, but I think we deserved it. I think we thouroughly deserved it," Newcastle United manager Steve Bruce said. "Great goal to finish, but they put me through the ringer that's for sure."

Duane Holmes scored in Derby County's 4-2 home win over Northampton Town. Andre Wisdom made it 1-0 Derby County in the 28th minute with Homes scoring in the 35th. Northampton pulled a goal back in the 47th. Jack Marriott made it 3-1 Derby in the 51st with Wayne Rooney converting a 77th minute penalty. Northampton converted a penalty in the 84th. Derby County advances to host Manchester United.

"It is a great game for us and that is why we are so happy to be in the Fifth Round," Derby County manager Phillip Cocu said. "We knew if we beat Northampton that we would play Manchester United here at Pride Park. It is a great game for the team, the fans and the club. We are looking forward to it."

Matt Miazga wasn't in the squad for Puebla's 3-3 draw at Cardiff City. Reading advanced 4-1 on penalties. Trailing from goals in the 19th and 53th minutes, Omar Richards scored for Reading in the 69th with Andy Rinomhota equalizing in 79th. That sent the game to extra time with Cardiff scoring in the 93rd and Yakou Meite equalizing in the 116th. Cardiff converted their third penalty attempt with Reading going four for four. Reading hosts Sheffield United in the Fifth Round.

Moving to the DFB Pokal round of 16, Timmy Chandler subbed on in the 81st minute for Eintracht's 3-1 home win over RB Leipzig. Andre Silva converted an Eintracht penalty in the 17th miinute with Filip Kostic doubling the lead in the 51st. Dani Olmo scored for Leipzig in the 68th with Kostic making it 3-1 five minutes into stoppage time. Tyler Adams was on the bench for Leipzig.

"I witnessed a great performance," Eintracht coach Adi Hutter said. "We can be proud of coming through against last year’s runners-up. We knocked out a top side but there are other top teams left in the competition.”

Alfredo Morales's Fortuna Dusseldorf won 5-2 at Kaiserslautern. Nana Ampomah makde it 1-0 Fortuna in the 9th minute with Kaiserslautern equalizing in the 10th. Kaiserslautern took the lead frm a 39th minute penalty with Rouwen Hennings equalizing in the 49th. Fortuna went up for good through a Matthias Zimmermann goal in the 65th. Hennings scored again in the 78th with Kevin Stoger finishing off the goals in the 83rd minute. Morales saw yellow in the 48th. Zack Steffen is recovering from injury.

Weston McKennie subbed on in the 60th minute for Schalke's 3-2 home win over Hertha BSC. Down 2-0 from goals in the 12th and 39th minutes, Daniel Caligiuri scored for Schalke in the 76th with Amine Harit equalizing in the 82nd. With the game in extra time, Hertha went down a man in the 100th minute. Benito Raman scored Schalke's winner in the 115th.

Josh Sargent subbed on in the 50th minute for Werder Bremen's 3-2 home win over Borussia Dortmund. Davie Selke put Werder up in the 16th with Leonardo Bittencourt scoring in the 30th. Dortmund pulled a goal back in the 67th with Milot Rashica making it 3-1 in the 70th. USMNT youth international Gio Reyna scored for Dortmund in the 78th minute, his first goal for the club.

Timothy Weah wasn't in the squad for Lille's 1-0 home win over Rennes in Ligue 1. Loic Remy scored the game's only goal in the 4th minute. Jose Torres missed Puebla's 1-0 home loss to Club America in Liga MX. America scored in the 79th minute.

SI.com's Avi Creditor on the recently concluded transfer window across Europe The Guardian's David Conn with Premier League CEO Richard Masters talking about instant replay. Marca's Jose Felix Diaz has Seville's Estadio La Cartuja in the running for the Copa del Rey final even though neither of the city's two La Liga teams use that stadium.