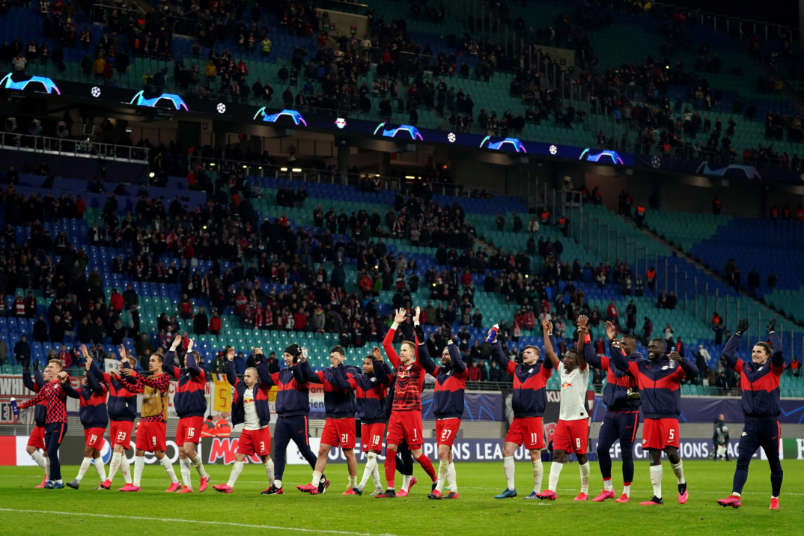 Wednesday's soccer news starts with Tyler Adams subbing on in the 56th minute for RB Leipzig's 3-0 home win over Spurs in the Champions League round of 16. RB Leipzig advanced to the quarterfinals 4-0 on aggregate. With Adams unavailable during the group stage due to injury, it was his debut in the Champions League. Marcel Sabitzer opened the scoring for Leipzig in the 10th minute, doubling the lead in the 21st. Emil Forsberg finished off the goals in the 87th minute with Peter Gulacsi making three saves to keep the clean sheet.

"We gave it our all and totally deserved to win," RB Leipzig coach Julain Nagelsmann said. "4-0 over the two legs. Our desire was back, this was important for our game. The building block for this match was the clean sheet. We were aggressive enough in everything we did and looked dangerous going forward. If we push ourselves to the limit as a collective then we can achieve great things. Compliments to the boys."

Lynden Gooch subbed on in the 71st minute for Sunderland's 2-0 loss at Bristol Rovers in England's League One. Sunderland fell behind in the 39th and gave up a 75th minute penalty.

In the Concacaf Champions League, Montreal lost 2-1 at home to Olimpia in the opening leg of their quarterfinal series. Trailing from goals in the 15th and 41st minutes, Saphir Taider scored for the Impact in the 47th. Montreal had a late penalty waived off by the assistant referee, with Concacaf not using instant replay in the tournament. The series concludes on March 17 in Honduras.

"You have to play well for 90 minutes," Montreal coach Thierry Henry said. "We are learning. We try to progress and now we need to do this during two halves. When you try to come from behind, it's a different challenge. Everyone goes up and everything goes faster. We had some clear chances. Now we need to do like we did in the second half and push more. We have to show that we can go there and qualify for the next round."

Also in the soccer news, due to extraordinary circumstances in what is an extraordinary time, the Premier League postponed Wednesday's Premier League game between Manchester City and Arsenal due to the coronavirus. Members of Arsenal's squad are under home quarantine after coming into contact with Olympiakos owner Evangelos Marinakis who contracted the virus.

"Thirteen days ago, Olympiacos played Arsenal at Emirates Stadium in the UEFA Europa League and Mr Marinakis, the Greek club's owner, met with several Arsenal squad members and staff," the Premier League statement read. "Following medical advice, Arsenal FC and Manchester City FC consider it is necessary to postpone their fixture due to be played this evening, Wednesday 11 March, to give time to fully assess the situation. The Premier League has therefore agreed that tonight's match will be rearranged."

Olympiakos hosts Wolverhampton in the Europa League on Thursday. Wolves asked for a postponement of that closed door game that was denied by UEFA. Marinakis also owns Nottingham Forest in England's Championship.That club announced that none of their players and staff tested positive for the virus.

The Guardian's Paul MacInnes, Sean Ingle, and Jacob Steinberg look at what the virus is doing to the sports schedule. Inside World Football's David Owen examines what the disruptions may mean for the business of soccer. The Independent's Miguel Delaney on how the current scenario isn't something pro sports plans for. AP's Rob Harris reports that UEFA is seeking government support for Euro 2020 happening on schedule. The Telegraph's Sam Wallace and Charles Richardson look at how Tottenham's Champions League campaign came to an end.