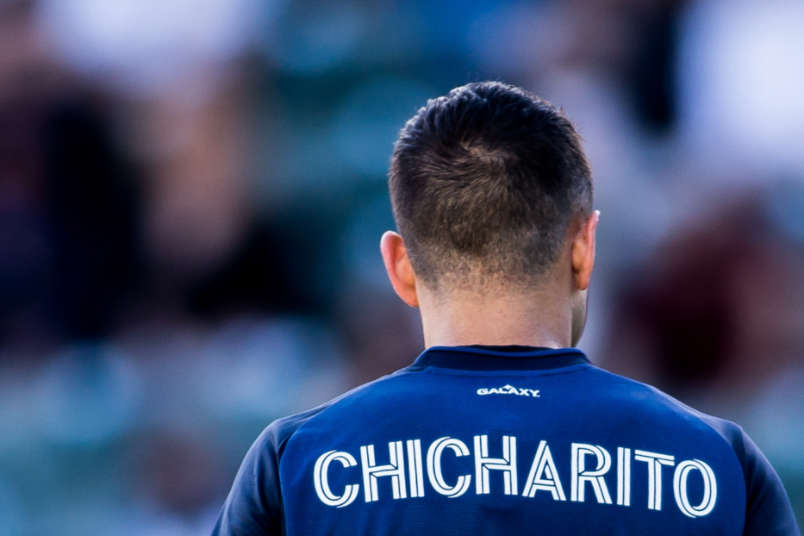 By Jason Davis – WASHINGTON, DC (Mar 6, 2020) US Soccer Players – Twelve years on from David Beckham’s arrival as Major League Soccer’s first Designated Player back in 2007, it’s easy to forget just how crazy his initial days in America really were. Beckham was then, as he is now, recognized around the world as a superstar not just for his abilities on the field, but for his image and marketing clout. Beckham became famous because of his talent on the soccer field and then rocketed into a different stratosphere.

That’s what made his move to the LA Galaxy such a big deal. Yes, the Galaxy hoped he would lead them to championships. However, Beckham’s value went well beyond his magical right foot. He brought a new level of attention to his club and MLS as a whole.

Nearly 13 years later, Beckham is back in the spotlight. Not since he played has he been so involved in the promotion of soccer in the United States. While in LA, it was easy for Beckham to find that spotlight. He took to his duties as MLS ambassador with gusto. In retrospect, it’s difficult to overstate just how effective he was. Beckham’s legacy as a game-changer for American soccer will get the documentary treatment when “The Beckham Effect” from famed filmmaker Jonathan Hock debuts on Fox Sports 1 on Friday night.

In 2020, the focus has shifted. Rather than talk about building soccer in America, he is zeroed in on the team he launched in Miami. Beckham and his representatives smartly built a clause into this original MLS contract that provided for a discount on an expansion team in the future. The future has finally arrived.

It took great pains and several more years than expected for Beckham to get his MLS expansion team off the ground. Inter Miami has never been an easy project. It’s to his credit that he saw it through. Sunday’s league debut against LAFC didn’t go Inter Miami’s way, but there’s no doubting the impact that Beckham is again having on the brand recognition of Major League Soccer.

Beckham, in his role as a world citizen and Inter Miami owner, has appeared on: The Tonight Show with Jimmy Fallon, The Ellen Show, The Late Late Show with James Corden, The Today Show, and Good Morning America, all within the last week. Beckham is a big enough name that he might be able to get a booking on all of those shows regardless of the timing, but this moment is about building his legacy as an MLS club founder.

Does MLS need Beckham’s media tour now quite as much as it did back in 2007? Probably not, but that doesn’t mean it doesn’t have an impact. Part of the league’s reason for sticking by Beckham during the travails of getting Inter Miami started was the value of having the superstar back as an active spokesman for its product.

Beckham is even more invested now that he was a decade ago. It’s not just about a contract to play anymore. There’s no last stop at Paris Saint-Germain in front of him. Beckham is part of the establishment at Major League Soccer. There’s no expiration date on his involvement.

What makes 2020 even more interesting is that Beckham isn’t alone. Another international superstar is pushing the product. While he doesn’t have the global reach of Beckham, he might be just as important to the growth of MLS.

Javier “Chicharito” Hernandez’s calendar has been full since the moment he landed at Los Angeles International Airport from Spain. The forward’s move to MLS was a long time coming. Though he always seemed destined to land in the United States for some portion of his later career, several moves to mid-table clubs in Europe forestalled that eventuality.

It’s only fitting that it was the Galaxy that plunked down the necessary cash to extricate Hernandez from Sevilla of La Liga and to pay him his significant salary demands. The original MLS franchise and progenitors of the Beckham Rule knew they’d get much more out of the Mexican forward than just goals. Like Beckham before him, he will sell the club. Like Beckham before him, he will also sell the league.

Hernandez’s extra value comes from his reach into the Latino soccer communities both north and south of the Mexican border. His ability to push the MLS story into Spanish language outlets is invaluable at a time when MLS is in desperate need of more eyeballs and has yet to connect with Mexican American soccer fans in the United States.

“He comes to this league and to the number one Mexican market,” Abramowitz said. “The second-largest Mexican city is Los Angeles. You’ve got LA engaged. Over 1000 people met him at the airport. He’s doing all these things and he’s exposing MLS to a different audience. One that knows soccer but doesn’t think much of MLS.”

The buzz in Mexico over Hernandez’s move is boosted by the transfers of fellow Mexican international Alan Pulido (Sporting Kansas City) and Rodolfo Pizarro (Inter Miami).

“It’s expanding the market for MLS,” Abramowitz said. “It’s forcing Hispanic media in this country to cover the league. With (the other Mexican players here) a couple of things are happening. You’re making MLS stronger. You’re attracting an audience that will pay attention to more MLS.”

Abramowitz called Hernandez perhaps “the most important signing since Beckham,” and it’s difficult to argue he’s wrong. Hernandez must deliver on the field in with goals, but also in leading the Galaxy deep into the playoffs. Already, the early returns on his impact are staggering.

“Mexican soccer fans represent the largest base of soccer fans in the country,” Abramowitz continued. “You bring their stars here and they’ll start paying attention.”

Spanish language soccer outlets in the United States, outlets that traditionally ignored MLS except to bash it, are now covering the league with some seriousness. The simple, subtle improvement in treatment will have long-lasting effects on the American competition.

Just bringing Hernandez to the US isn’t enough, however. MLS followed up Beckham’s period by doubling-down on passionate support and turning new fans into permanent ones. The league will again need to find a way to ensure that the new attention it gets from Hernandez’s move to MLS isn’t fleeting. It does MLS no good to build a fan base only to fritter it away by not doing the work to maintain.

Like Beckham, Hernandez will serve as an introduction to MLS for a large swath of new fans. Making that matter will be more difficult, if only because it means MLS allocating the necessary resources to Spanish language coverage. Hernandez may be the bilingual Beckham. Can MLS make sure his impact is as big?