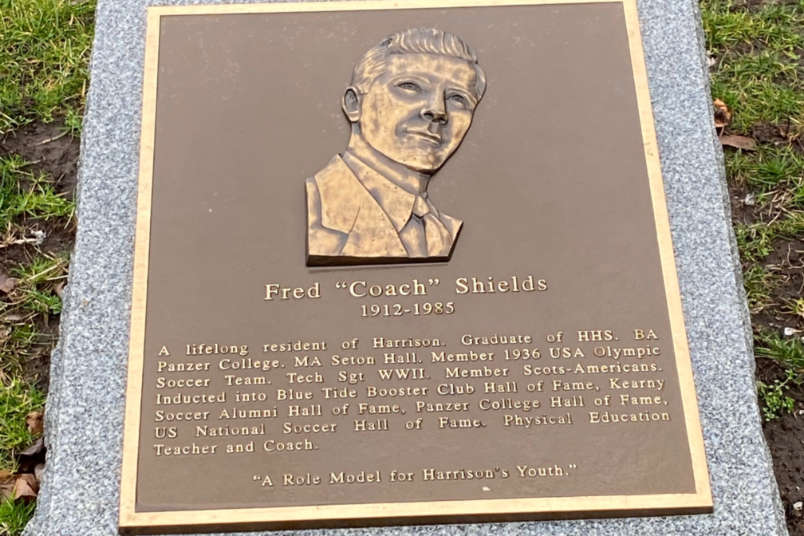 By Clemente Lisi – NEW YORK, NY (Mar 9, 2020) US Soccer Players – The United States men's team has not qualified for the Olympics since 2008. While many don't respect the soccer tournament that's played at the Summer Games, it can serve as an important test and place to gain experience for younger players. In addition, the allure of contending for a gold medal is something every American who plays sports dreams of achieving.

As the United States prepares to embark on qualifying for the 2020 Tokyo Games, the life and times of New Jersey coach and former US Olympian Fred Shields could serve as an inspiration. Shields, a defender, was inducted into the US Soccer Hall of Fame in 1968 for his exploits on the field. He also worked as a referee, including at the 1948 US Open Cup, and as a high school gym teacher.

Born on November 18, 1912 with the name Ferdinand Zbikowski, the athlete who would come to be known as Fred Shields grew up in Harrison, New Jersey, now home of the New York Red Bulls. He played soccer at Harrison High School and later attended Panzer College where he played soccer as well as baseball and basketball. He would also play football and run track for the school, a testament to what a truly gifted athlete Shields was. Shields was a proud New Jersey native and budding soccer star. This past January marked the 35th anniversary of his death.

Shields was born and raised along the Passaic River, a place rich with soccer history and tradition thanks to the many immigrants, mostly Scottish and Irish and later German and Portuguese, who settled in the area located in suburban New York City. It is no coincidence that the Red Bulls built their stadium in this part of the state. The towns of Harrison and Kearny, along with nearby Newark, would go in to nurture and inspire other American soccer superstars like Tony Meola, John Harkes, and Tab Ramos. That trio are only recent reminders of this area's strong soccer roots.

Other soccer players who made US history were George Tintle, the USMNT's first goalkeeper in 1917, Tom Florie, captain of the 1930 US World Cup team, and Dave D'Errico, a former US defender during the 1970s who played in both the NASL and MISL. Among this famed group is Shields, although he is often largely forgotten by younger generations.

Shields' 1935 Panzer yearbook boldly proclaimed: "He is modest about his achievements, idol of many, and a regular fellow. We prophesy that someday we will find him as a first baseman in one of the big leagues of the country." Shields never did go on to play in the major leagues. Instead, he opted to play soccer and spent his life involved in the game.

What we know about Shields, who went by the nickname "Zibby", is that he was one of the stars of Kearny Scots-American, a team that captured five straight American Soccer League titles between 1937 and 1941. The club, founded in 1895, played in the second incarnation of the ASL that emerged in the fall of 1933. The league was made up of teams from the Northeast and featured US stars like Bert Patenaude.

US coach Elmer Schroeder chose 23-year-old Shields to be a member of the 17-player team participating at the 1936 Olympics in Berlin. The American side was made up of 10 players from the Philadelphia German-Americans. Those Summer Games, now-famous for Adolf Hitler using them as a propaganda tool and US track star Jesse Owens shattering that myth by winning four gold medals , featured 16 teams at its soccer tournament. The competition was single-elimination and included hosts Germany, Austria and Italy, the defending World Cup champions.

The Americans played the mighty Italians coached by Vittorio Pozzo. Italy won 1-0 on August 3 in controversial fashion before 9,000 fans at Berlin Poststadion thanks in part to a ridiculous bit of refereeing. After Achille Piccini fouled two Americans, German referee Carl Weingartner tried to send off the Italian defender. Instead, the Italians held both his arms and covered his mouth in protest. As a result, Piccini stayed on the field and play resumed in what has to be one of the most incredible moments ever to take place at an international tournament.

Shields did not play against Italy in their only game of the tournament. He went pro after those Olympics and signed with his hometown club. Shields would go on to play for the Newark Portuguese, Independent FC, and Prague Football Club. His career, like that of so many athletes at the time, was cut short after he was drafted by the Army during World War II. He was stationed in France during the war and achieved the rank of sergeant.

Most people would come to know Shields as a physical education teacher at Harrison High School, where he worked for 40 years. Shields died on January 28, 1985 at age 72. He is remembered with a plaque in Harrison with the inscription: "A role model for Harrison's youth." That hasn't changed. Shields may be gone, but he shouldn't be forgotten.