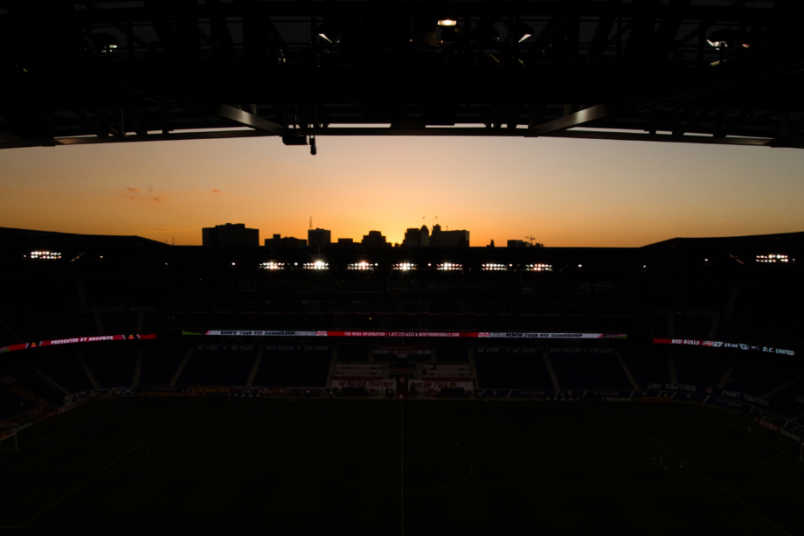 Friday's soccer news starts with the ongoing problem that is trying to predict the short-term future of professional soccer. Each day that passes without an obvious end to the stay at home policies now in place in countries all over the world only adds to the discussions about the eventual return to normal. The expectation is of a date that counts, but that doesn't seem reasonable right now. In its place, we get the kind of prognostication and theorizing that goes out the window the minute something else happens. Like that clear understanding of when pro soccer might be able to play again in Europe's big leagues.

Right now, it's easy enough to come up with a plan to finish the 2019-20 season or end it as it stood in March. Enough theories are making the rounds to cover pretty much every eventuality. Some are more reasonable than others, but all continue to exist until officials make a decision and kickoff games that count. Regardless of what happens over the next few weeks, some interesting trends are playing out among the theorists.

For all the fun some seem to be having coming up with ways to deny Liverpool the Premier League title, there's more at play than just the champions. It's deciding European spots, relegation and promotion, and the economic security of clubs up and down the professional tables in leagues across Europe. On top of that is the difficult decision of potentially vacating championships from the Champions League on down. That would make 2019-20 an outlier season, maybe the appropriate tag for an outlier year but disturbing nonetheless. The implications across soccer are real, and more than just mandates from governing bodies will be able to handle.

Waiting for anything official has already replaced pushing out potential resumption dates. Whenever the next version of normal returns, there's no safe expectation that it's sooner than later. We're still dealing with the broader economic and social impact of having to shut down societies to begin with as the losses across the board mount. That includes people dying from the pandemic, something that pushes the next soccer game down the table of priorities.

This continues to dominate the narrative because it's the only thing that still feels current without games on the schedule. Every league and outlet is trying to interest people in what was. The crush of throwback game footage and nostalgia articles are as predictable as they're ultimately empty. What matters to most fans is what will happen, not what's happened. That was as true last month as it will be next month. It's no substitution for live games, something that will only become clearer as more and more outlets try to substitute one for the other.

Waiting on what's next might be the new normal that few wanted. The Stoic response only works for some people. For most, it's the hope that games on the schedule represent. That's always been bigger than the sport turned business realizes.

The NY Times' Tariq Panja with how FIFA is attempting to address the eventual return of the soccer schedule. The Independent's Miguel Delaney works through what the English stakeholders may want. BBC Sport has the Scottish leagues also considering their way forward. Inside World Football's Samindra Kunti reports on what Spain is doing to support clubs economically. The Guardian's Nick Ames on the issues with player payments and clubs wanting a financial break. FourFourTwo's Tom Hancock explains the pressure on soccer's finances.

Also in the soccer news, we join the rest of the American soccer community in remembering the life of USMNT player John DeBrito. A product of the strong region 1 system in Connecticut, DeBrito made his international debut on February 21, 1991 earning six caps with the senior squad. Genuinely liked wherever he played, DeBrito spent time with the New England Revolution, MetroStars, Wizards, Crew, and Dallas Burn in MLS, retiring from the pro game in 2001. Rest in peace, John. Thank you for what you gave to the game.

So sad to hear this tragic news about our friend and former teammate @ColumbusCrewSC Great person, @DanteWashington and our friends on that team will miss you. Prayers for family. His smile could light up the room. #rip pic.twitter.com/obYBGOT5Lo