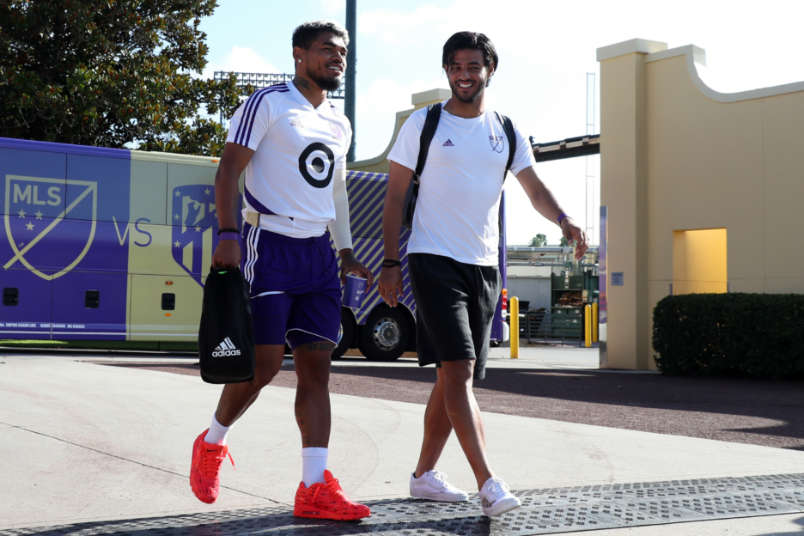 By Jason Davis – WASHINGTON, DC (Mar 4, 2020) US Soccer Players – No team ever makes it through a season without some of its players missing significant time due to injury. Injuries are part of the deal across the length of a 34-game season plus playoffs. The best any team can hope is that the injury bug doesn’t hit a crucial player. When stars do go down for an extended period of time, it can completely upend a campaign.

Right now, Atlanta United is trying to convince itself that everything will be okay. Sure, the club’s leading goalscorer tore an ACL in the opening game of the season and won’t play any part in 2020, but United is a team with plenty of attacking talent elsewhere on the field. It also has ample resources to go out and acquire a stopgap replacement for Josef Martinez before the primary transfer window closes on May 5.

Atlanta’s ambition ratchets up the pressure for the club’s leadership to figure out a solution. Just because Martinez is gone doesn’t mean the fans aren’t still expecting a championship run, though the odds are now squarely against it.

Filling the gap left by Martinez is more difficult because of the emotional role he plays for Atlanta United. He isn’t just an elite goalscorer who can carry the club for extended periods during the season. He’s also the heart of a team that feeds off his energy and aggression. Martinez sets an example from the front that led a three-year-old club to a handful of trophies in its short existence.

There aren’t many players like Martinez across the rest of MLS, superstars who are also the emotional center of the team. Long commitments aren’t common. Only a tiny fraction of the league’s talent is both good enough and in a good enough team that a long injury spell would mean doom for the season.

Any shortlist of this combination of soul-and-superstar must start with LAFC’s Carlos Vela. Vela was an odd candidate for the role of heartbeat for any club because of his reputation as a talented, but disinterested player who lacked the requisite soccer passion. Vela’s career before joining Major League Soccer an up-and-down roller coaster of brilliant play and speculation about his happiness.

Something about his new club and the environment fostered by Bob Bradley sits right with the Mexican superstar. We hardly need to mention Vela’s numbers to establish his status as one of the best players in the league. It’s his “lead by example” attitude that has managed to surprise.

Vela is all in on making LAFC successful. That shines through when he’s on the field. The second-leg triumph over Club Leon in the Concacaf Champions League put his importance to his club on display, even beyond his goalscoring. Without him, it’s hard to imagine LAFC coming close to the Supporters’ Shield in 2019 or challenging for an MLS Cup.

As difficult as Atlanta’s task in finding an emergency replacement for Martinez might be, the challenge of replacing Vela if he went down with an injury is much more daunting. So much turns on Vela’s ability to change games, it’s hard to imagine a replacement-level player. LAFC is a playoff-caliber team with or without Vela, but their ceiling lowers considerably if he’s not in the lineup.

NYCFC’s talent isn’t equivalent to that of LAFC’s, but it’s not far behind. The New Yorkers finished first in the Eastern Conference in 2019 and have designs on an MLS Cup run in 2020 under new head coach Ronny Deila.

Deila already knows he has a team that can win it all. He also knows that the job would be much more difficult without a few key pieces in the lineup. Heber is the club’s chief goalscorer. Maxime Chanot is massively important in the backline. Alexander Ring is an underappreciated midfielder.

However, the man who makes NYCFC go, both in terms of his contributions and emotional leadership, is Maxi Moralez. The Argentine playmaker is the club’s creative engine. Though flashier Designated Players sometimes overshadow him in MLS, there’s no doubting his value to NYCFC.

Moralez doesn’t carry himself with Martinez’s bravado. He isn’t the one-man show Vela can be. His contributions show up on the stat sheet, especially via his assist total, and his energy is of the calming variety. NYCFC is no longer a club with marquee names, making the understated Moralez the central figure.

Could NYCFC compete without Moralez? Like Atlanta and LAFC, they might make the playoffs without him. Beyond that, it’s anyone’s guess. Making a deep run gets much more difficult without Moralez.

Martinez is a monster goalscorer. Vela is an enigmatic savant. Moralez is the miniature maestro. All three play for resource-rich clubs who can spend their way to an advantage in talent. Portland, despite their rabid support in the Rose City, isn’t playing the same game.

Instead, the Timbers have used smart signings and the occasional big spend to stay competitive. Maybe the smartest signing in club history was Argentinean attacker Diego Valeri, a player now in his eighth year in Oregon. Valeri helped the Timbers to an MLS Cup title back in 2015 and is rightfully a club legend.

At 33, Valeri is no longer the future of the Timbers. Still, he remains central to everything that happens on the field for the team, serving as a gravitational force when Portland is on the attack. Valeri almost left the club during the offseason. Fans justifiably panicked over the possibility and breathed a sigh of relief when the club and Valeri came to a new agreement.

Because the Timbers don’t have another player with Valeri’s singular ability to change games, a long term injury would dramatically change their fortunes. Portland has its own collection of talent, but it doesn’t measure up to what’s on the roster in Atlanta, Los Angeles, or New York. That makes their margin for error even smaller.

There is data to go on when it comes to a Valeri-less Timbers team. Back in 2014, Valeri suffered a knee injury that ended his season early. Without him, Portland missed the playoffs. The club also struggled out of the gate in 2015, only to kick into gear once he returned. The Timbers went on to win MLS Cup with Valeri a key figure down the stretch following a return to fitness.

MLS provides a safety net for clubs without their most important players. The playoffs are still possible, and when the postseason comes along, anything can happen. As Atlanta is finding out now, the emotional hit of losing such a central figure, especially during the season, is immense. There’s no plug-and-play solution to the absence of an emotional leader in the locker room and on the field. Martinez’s injury will have everyone else praying it doesn’t happen to them.