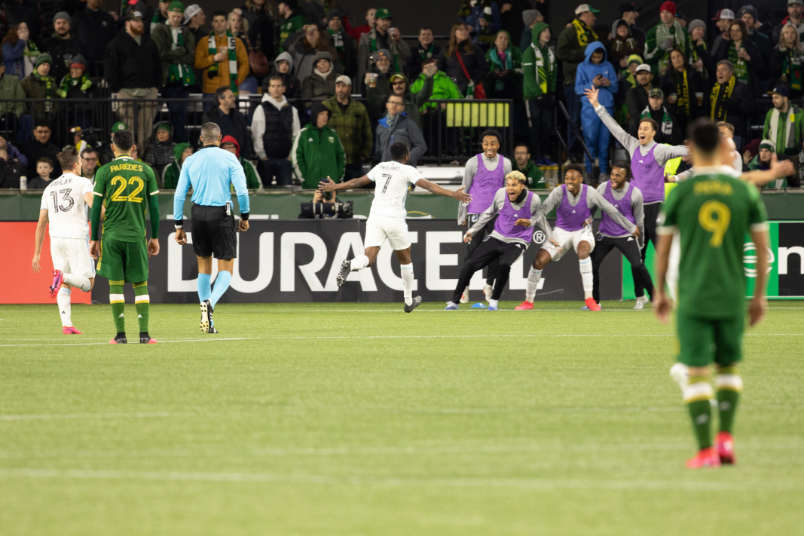 By Jason Davis – WASHINGTON, DC (Mar 25, 2020) US Soccer Players – Despite the aborted start to Major League Soccer’s 25th season, there’s data to go on when looking at how the landmark campaign might play out. Two games aren’t much. Still, if it’s possible to impress in just 180 minutes of soccer, there are a few candidates for the most promising teams of 2020. Predicting how a season might go before the games start to count is extremely difficult, especially in the world of MLS. Having a few meaningful results to go out is a nice luxury.

Let’s not dwell on the negative, though. Instead, here’s a peek at those four perfect teams and reasons for their fans to be thinking positively ahead of the league’s eventual resumption.

Sporting ended the 2019 season by missing the playoffs, something the club hadn’t done since 2010. Carrying lessons forward and hoping to put bad luck in the past, Peter Vermes’s team loaded up for the new season by spending $9.5 million on Chivas striker Alan Pulido. The early returns exceeded even the lofty expectations that Pulido’s price tag created. In two games, a win in Vancouver and win at home over Houston, Pulido put the ball in the net. Clubs pay strikers to score goals, and Pulido started with an eye towards earning his Designated Player paycheck.

More importantly for Vermes and company is the way Pulido’s teammates played around their new high-profile frontman. A record-breaking transfer will always get the headlines and overshadow additions who don’t cost as much. However, it’s those support players who are most crucial to the team’s long term. Alongside the excitement over Pulido’s start should be good feelings about the beginnings of midfielder Gadi Kinda in MLS. Kinda already has a highlight-reel goal to his name and provided the type of slippery midfield play Sporting needs to bypass opposing defenses.

For fans in Kansas City, 2020 has all the makings of an incredibly entertaining campaign. The goals flew in over the first two outings. Barring a disastrous run of injuries or poor form, Sporting scoring in bunches figures to be the club’s modus operandi all season long.

Up and down and somewhat up again, Atlanta United’s first two games of the season were a rollercoaster ride in a microcosm. The loss of Josef Martinez to a torn ACL threatened to upend the club’s title ambitions almost before they started. The bounce-back performance against FC Cincinnati in Week 2 delivered a sliver of renewed hope.

If we’re being fair, United’s future is murkier than anyone else on this list relative to expectations. The Five Stripes are still better, man-for-man, than most teams in the league. Without the club’s top goalscorer, it’s tough to know what heights they will reach. Even the win over Cincinnati needs a sizable caveat because of their struggles last season and management turmoil leading into 2020.

There are bright spots. Ezequiel Barco and Pity Martinez looked primed for big years. Barco’s evolution into a key United attacker happened over three seasons as a teenage wunderkind matured following his move to the United States. Martinez was expected to provide the bulk of Atlanta’s creativity last year and failed to deliver.

That means the pressure is on both players, though it’s Martinez that will face more criticism if he doesn’t play well in the absence of Josef Martinez. His excellent start with two assists is a reason for hedged optimism in Atlanta.

There aren’t many teams in MLS that can claim a more clear upward trajectory than the Loons. Minnesota United’s first two years in MLS were poor by any standard, with defending a particular problem. 2019 brought a quantum leap in that area after Minnesota United acquired several proven MLS veterans for key positions at the back.

When you have a chance to trade for an MLS Defender of the Year winner in Ike Opara, you have to do it. The allocation money Minnesota sent to Sporting Kansas City for Opara was well worth the quality he brought to the Loons’ backline. The club gave up 28 fewer goals in 2019 than it did the previous year. United’s first-ever MLS playoff appearance followed.

In two games, Minnesota appeared ready to build on last year’s breakthrough. Two road dates delivered six points, eight goals, and the confidence that United could play with anyone in the league. Most fascinating about the hot start is that United jettisoned its leading goalscorer from both 2018 and 2019, Darwin Quintero, as part of a forward overhaul.

New addition Luis Amarilla scored in both games. A fully healthy Kevin Molino got two in the opening day win at Portland. If Minnesota is now an attacking juggernaut to go with a stingy defense that’s completely intact from 2019 other than a swap at goalkeeper, watch out. “Contender” will be a new role for Minnesota.

No one on this list is more of a mystery than the Rapids. Sure, the end of 2019 revealed some potential in the perennial also-rans, but it wasn’t certain that energy would carry over to 2020. Head coach Robin Fraser would have done well enough to keep Colorado playing decent soccer after taking the baton from interim head coach Conor Casey. Instead, he improved on Casey’s results, taking 21 of a possible 27 points to end the season.

Both of Colorado’s 2020 wins were of the “at the death” variety. On opening day, the Rapids got a late winner from Jonathan Lewis in DC. In week 2, it was Drew Moor with a 90th-minute goal. The margins are fine, but the results speak for themselves. The Rapids might just be adept at squeezing the most out of a hodgepodge group of players.

Colorado won’t wow anyone with the talent in its roster, not by MLS 3.0 standards. They have a group of productive veterans in Kei Kamara, Moor, and Kelyn Acosta, along with up-and-coming younger talent in Andre Shinyashiki and Sam Vines. That blends with a group of in-their-prime performers that make the Rapids truly intriguing. The early returns on winter signing Younes Namli are good.

The Rapids will fly under-the-radar, barring form that hews towards record-breaking. That doesn’t mean they don’t have a lot to be excited about when soccer is back on the schedule.