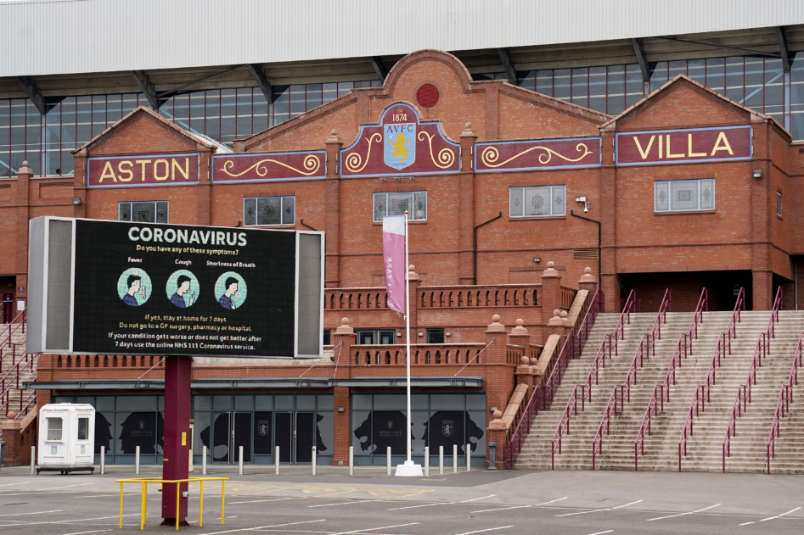 By Charles Boehm – WASHINGTON, DC (Mar 20, 2020) US Soccer Players – In a matter of weeks, the coronavirus outbreak has transformed lives across the planet. From the relatively modest sacrifices of working from home and other social distancing to the nearly 9,000 and counting who’ve died from the illness around the world, people are facing fears and challenges with little to no precedent in our modern history.

In such times it’s easy to conclude that soccer and sports in general are trivially insignificant by comparison. When staring a global pandemic in the face, recreation can feel a million miles away from survival. The wave of postponements and cancellations across the sport has driven home the severity and scope of the threat. The criticism leveled at authorities in Mexico and Turkey, two of the slower nations to shut down league play in the face of COVID-19, further underlined the high stakes at play.

For many of us it seemed tone-deaf, even reckless, for leaders and decision-makers to be caught so unable or unwilling to recognize the danger and their role in the collective response to it. Pausing the game we love quickly became an unavoidable necessity. Not only because of the inherent risks of large gatherings like the ones we enjoy in stadiums week after week, but also due to the importance of modeling appropriate behavior for the public.

The sight of some 3,000 Paris Saint-Germain supporters gathering to sing and chant outside Parc des Princes as their team defeated Borussia Dortmund in UEFA Champions League play last week highlighted both the power and the danger of soccer’s appeal at a time when any crowd bigger than 10 people poses a public health menace.

“Fans have a passionate and emotional connection with teams and clubs and leagues and players, and if we can use that connection to send a message to stay home and follow the precautions and guidelines of the public health authorities,” said Montreal Impact CEO Kevin Gilmore, “we will do our best to pass that message along.”

Still, the idea that it’s “just a game” becomes less compelling when we see the true costs of playing no games. We’ve gotten the reminder that livelihoods hinge on what we often consider our escape from reality. That’s led the most responsible clubs to pledge financial support to staff left without work, and thus without pay, at such a delicate time.

It’s turned out to be a double whammy for fans who find themselves cooped up at home for long periods without the usual distractions of televised sports. In that regard, at least, the players and coaches they look up to are more relatable than ever.

“The house keeps getting smaller and smaller,” joked Toronto FC coach and former USMNTer Greg Vanney, who has four children ages 8 to 16, in a conversation with The Canadian Press this week.

For once he and his colleagues are in the same boat as the rest of us, rendered powerless by circumstances. Like us, they’re doing their best to keep balanced, productive, and fit while we all wait for good news to appear on our television, computer, and phone screens. Uncertainty can be an athlete’s toughest challenge, and now it’s easier for the rest of us to empathize.

“We’ve all been through labor disputes and seen short seasons, etc., but nothing like this. I was talking with my wife and discussing how I literally don’t know what to do with myself,” Real Salt Lake supporter Ryan Terry told the Salt Lake Tribune.

The terror of an invisible but highly infectious pandemic piles atop the stress and strain of everyday life. Even a small dose of soccer would go a long way in these moments. Liga MX squeezed in their weekend match schedule before finally shutting down indefinitely. Viewers on both sides of the US-Mexico border consumed the action voraciously despite the strange, sterile backdrop of empty stadiums.

Many have compared the influence of sports on society to the old Karl Marx saying about religion, that it’s “an opiate for the masses.” The past week or two shows why. It also helps explain why some are exploring the idea of resuming the action as soon as possible, under elaborate risk-avoidance procedures, and likely the absence of crowds at first.

“It is not simply the games we miss or the time it fills when they are played. The biggest void is the feeling that they leave us with,” wrote Canadian soccer journalist Kristian Jack this week. “It is a time in our lives where we are told to be guided by logic and rationality, yet while doing so, I think we are allowed to yearn for it to all return and with it, allow other emotions to flourish again.”

So maybe it’s not “just a game” after all, but a more essential aspect of our humanity than we give it credit for. As much as they reveal our flaws and vices, sports can also remind us of the best parts of ourselves and the world we inhabit. Let’s hope we get back to something like normality sooner than later, and with our perspectives grounded and enhanced to boot.