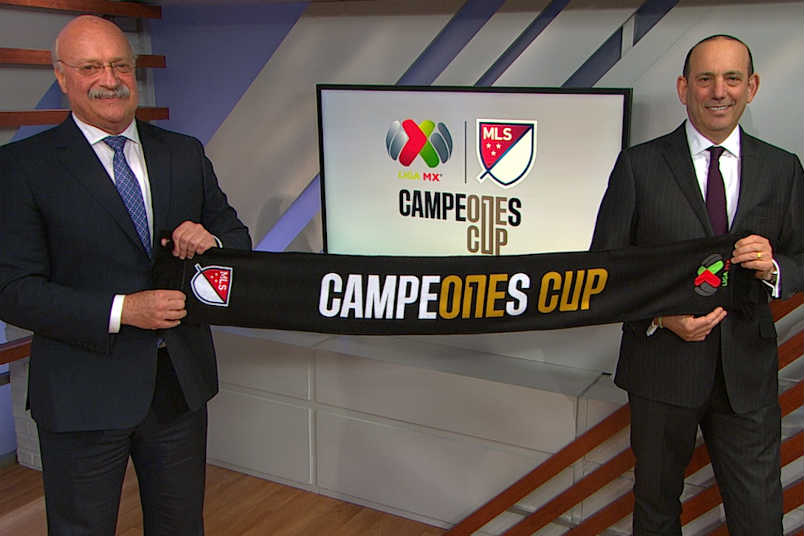 It’s also dawning on some of the owners in Liga MX that they could be doing better. That may not be news to pundits wondering why the league hasn’t done more to capitalize on its fandom in the region. Liga MX remains the most popular professional soccer league in the United States if judging by its strong television ratings. People care deeply about the league and its clubs. Maximizing on that has been an issue, one of the reasons Liga MX as a league seems so eager to work with Major League Soccer. That relationship has grown to the point that Liga MX officials talk openly about an eventual merger of the two leagues.

The revived interest in a North American super league may not have ended up a discussion topic had the seasons continued as scheduled. Other than a possible way to talk up the Leagues Cup, there’s not a lot of point in discussing a merger right now. The two leagues are different and that’s part of the appeal. Liga MX may want what they see as the cost certainty of Major League Soccer’s economic model, but it’s tough to see Liga MX owners agreeing to become investor/operators in a quasi-single-entity system. They may like the results when they see a team like Atlanta, but multiple teams with the same name aside, MLS has yet to prove that they can build a league of them.

Instead, Liga MX could look at what they can already do that MLS can’t right now. One of those things is drawing those TV audiences for their games. Another is fully embracing the idea of a bilingual sport in the United States. It’s a sports business move that Liga MX has tried with English-language availability on ESPN and now FS1, but it’s not their best games in the best time slot. It also hasn’t extended to broader coverage of the league.

That could also help MLS in a way. Instead of treating a rival like a business partner, they could engage with Liga MX as true competition. That sort of happens with the Champions League and it could maybe happen with the Leagues Cup, but it still feels like a reach. Even the Campeones Cup carries with it the old problem of Liga MX clubs not exactly feeling like they have anything to prove against MLS teams. There’s an established reason for that. The best teams in Liga MX would mostly prefer to be playing in the Copa Libertadores, not the Concacaf Champions League. They may not see the competitive point in a North American super cup regardless of what it means for the business relationship between Liga MX and MLS.

Since we’re living in a world where everything changed, it’s silly to pretend that the current situation will always be the situation. Unfortunately for anybody dreaming of that North American super league, right now it feels like too much of a business answer rather than a competitive answer. There’s no European super league, so no need for North America to follow that example or risk falling further behind. There’s also no competitive need for a 30-team MLS to decide what they want is some setup that allows for 20 Liga MX clubs.

Whatever issues Liga MX owners see this potentially answering, they’re not paramount right now. All of that said, it’s interesting to see the league with the stronger position from the primary arbiter of success in sports business, TV ratings, at least publicly the most interested in talking about a shared future.

DW updates the situation with the Bundesliga potentially returning on May 9. SBI’s Larry Henry Jr has Josh Sargent talking about resuming the relegation battle with Werder Bremen. BBC Scotland’s Thomas Duncan has fan ideas for how the Scottish leagues should reorganize. The Guardian’s Jonathan Liew offers an alternative take for what’s currently happening with sports suspended.